SRU instructor brings “voice” to those with disabilities 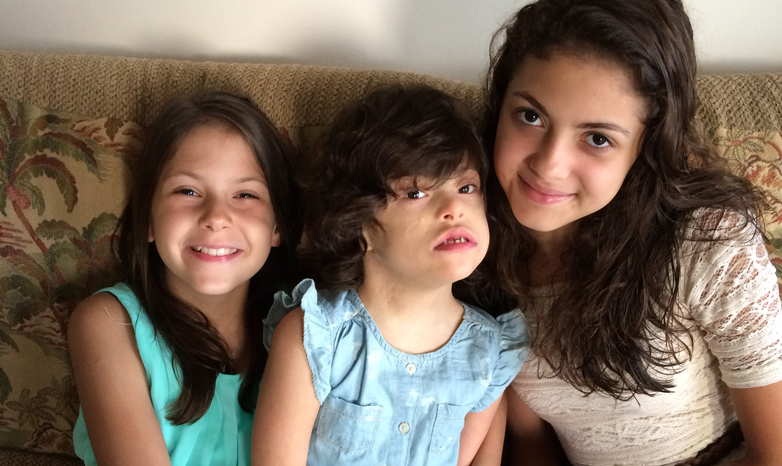 But if he had, chances are the renowned author would have laid eyes upon the living embodiment of his famous quote, "Love what you do and do what you love."

For Coffaro, SRU instructor of recreational therapy, that love comes in the form of spreading awareness for, and acceptance of, those Americans living with disabilities.

That figure includes Coffaro's 7-year old daughter, Sophia, who has been diagnosed with Down syndrome, autism, cortical visual impairment, a hearing impairment, epilepsy and severe reflux. 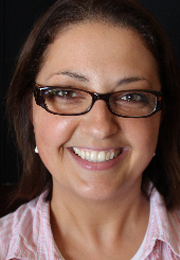 "When I was a student at this University," said Coffaro, "I sat in the same class that I'm teaching now (inclusive leisure services) and the material just resonated with me...people with disabilities deserve equal respect.

"I've been a staunch advocate ever since, and Sophia's arrival only served to amplify those beliefs. Seeing and feeling the negative emotions and attitudes that people we encounter can have toward her, as well as all people with disabilities, only makes me embrace hers even more and intensifies my passion to make a positive difference.

"Like so many others, Sophia can't speak, so I'm her voice. We need to be heard in order to facilitate change."

For Coffaro, a large part of facilitating that change occurs via her classroom.

"I'm fortunate to be in a role where I can help spread awareness and advocacy through the students that cycle through my classes," Coffaro said. "If they are open to it, absorb the material, and really digest how we treat our fellow man or woman, we, as an ever growing group, can change behaviors through knowledge and hopefully, find universal respect for everyone.

"I can look out into the class and see the students passion grow. I can see I'm making a difference."

Evidence of that came last October when a group of Coffaro's students joined their instructor in producing a YouTube video to commemorate the 25th anniversary of the Americans with Disabilities Act.

The ADA is a law enacted by the U.S. Congress in 1990. It is a wide-ranging civil rights law intended to protect against discrimination based on disability and requires covered employers to provide reasonable accommodations to employees with disabilities, and imposes accessibility requirements on public accommodations.

The video produced by Coffaro and her students provides a fast and informative review of the ADA and what the law entails, as well as first-person interviews with SRU students with disabilities and how the ADA has touched their lives.

"In my class, we talk about the ADA, we educate about the ADA, we celebrate the ADA," said Coffaro. "When the anniversary came around, we felt it was the perfect time to do something special, and given the relevance of social media to today's student population, everyone felt a video was a great way to help - again - bring about awareness and advocacy."

The project took six weeks to complete and also took advantage of SRU communication students who were recruited for production assistance and editing.

"It was nice to bring two programs together, outside of normal classroom flow, for a common goal and give each group something to showcase," Coffaro said. "I'm a firm believer that real world experiences are so important in higher education and really augment what you get from a text or a lecture.

Coffaro's use of video as an in-class tool didn't end with the ADA project as the two-time SRU alum recently enlisted the help of her other two daughters, Gina, 13, and Julia, 10.

The pair each made videos, sharing their personal experiences - as well as the challenges, benefits and feelings - as the sisters of a person with disabilities.

Then there is Sophia's contribution to her mother's syllabus as Coffaro's middle daughter is featured heavily in lectures, as well as making a personal appearance during the semester.

"My husband wasn't sure about the 'show and tell' aspect of involving the family in my class," said Coffaro, "but in an educational setting, it is so important to provide your students with every advantage.

"By sharing my family and our experiences with them, my hope is that the students are able to gain a better understanding of the subject, and hopefully we can tear down some of the uncomfortability in dealing with persons with disabilities."

Based on a recent informal polling of her students, it seems that Coffaro's approach works.

Once each semester Coffaro asks her students to jot down their favorite part of her class. "I want their feedback," Coffaro said. "I want them to be active in all aspects of their education and I want to be a better instructor. If they like or dislike something I want to know."

"More than 75 percent of the respondents said they loved my personal perspective," said Coffaro. "They enjoyed hearing about Sophia and how disabilities have touched my life and outlook.

"I feel sharing those has helped me to become a better and more knowledgeable instructor. Personal experiences make the content of my class more real for the students.

"If by sharing my stories, I can help (the students) to explore, enhance and improve their own attitudes, then I'm doing my job. And if I'm doing it right, together, we're going to make a difference."