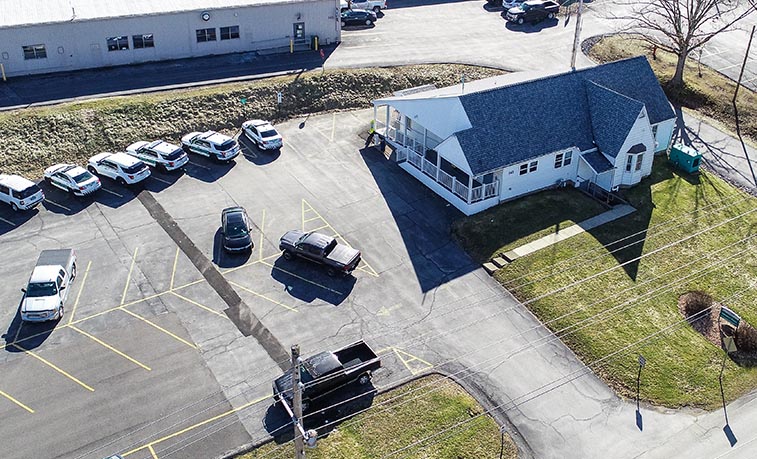 Slippery Rock University’s current police station, located off Keister Road, is inadequate and a new facility will soon be built across campus thanks to support from a state grant.

SLIPPERY ROCK, Pa. — Two groups whose job is to protect and serve will be stationed in a new facility overlooking Slippery Rock University's campus. Pennsylvania's Office of the Budget has awarded funding through the Redevelopment Assistance Capital Program that will be used to develop land on the north side of SRU's campus and build a facility that will house SRU's U.S. Army ROTC program and the University Police Department.

The joint recipients of the RACP grant are Slippery Rock Township and the SRU Foundation, Inc. This RACP grant, one of hundreds awarded to local governments and development authorities and agencies across the state each year, is worth $750,000, an amount that is being matched by the grantee. The $1.5 million will fund the project's first phase, and the grantees will apply for another RACP grant next year to complete the project. Total cost of the project is currently estimated at least $3 million.

The grant will develop land that will include a new parking lot and a road connecting Maltby Avenue and Innovation Drive behind the Smith Student Center and near the proposed site of the new University Police and ROTC facility. 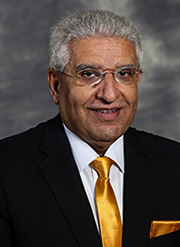 "This grant is the result of a collaborative effort that will benefit many facets of the campus and the community," said Amir Mohammadi, SRU senior vice president for administration, global engagement and economic development. "The new facility is needed because of the current conditions and location of the University Police department and the unprecedented growth of our ROTC program. It will provide the police and ROTC an opportunity to share a common space and resources, including access to equipment, and to interact with each other."

Mohammadi said that the University Police's existing facility is too small and antiquated for the level of the department's operations and it is located along Keister Road, a busy thoroughfare near that campus entrance that affects emergency access during times of peak traffic.

"The development will help open up the campus and reduce traffic by providing an additional access point," Mohammadi said. "We're also excited for what this means for the growth of our ROTC programs, our police having adequate space, and the experience for everyone who visits campus. This will be a critical expansion that will improve upon the campus master plan."

Another benefit is an additional access point to the Smith Student Center. When the SSC was built in 2012, there was a pedestrian bridge installed, providing access to the third floor from the north side of the building, to anticipate further campus development on what has since been a wooded hillside. The bridge will be used upon completion of the RACP-funded project, connecting the SSC to the parking lot of the police and ROTC facility.

SRU's Army ROTC program currently uses multiple facilities across campus, including the Lowry Center, a converted home along Maltby Avenue that houses the Department of Military Science offices. The Lowry Center was a private residence until 1961 and has since been used for various campus offices and will continue to house campus offices after Military Science relocates.

SRU has been training future U.S. Army officers since its first class of cadets was commissioned in 1984. Since then, SRU's ROTC program has been recognized as the top unit of its size in the nation four times, including as recently as 2019, and the program has steadily grown in recent years, as there are now more than 50 cadets enrolled each year.

"We are grateful for several state and local elected officials who have gained support for Slippery Rock Township and the SRU Foundation to receive the RACP grant," Mohammadi said. "In particular, State Sen. Scott Hutchinson (of the 21st Senatorial District) came to campus for a walk-through and saw the needs."