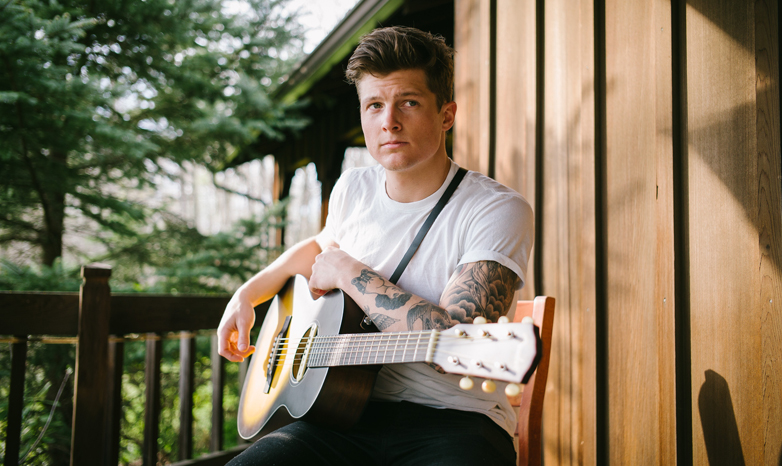 Slippery Rock University graduate Josh Herbert will open 21 of the more than 50 dates on the upcoming Dixie Chicks tour.

SLIPPERY ROCK, Pa. - In the mid-to-late 80s and early 90s, the world of professional wrestling gained new popularity as a result of the "Rock 'N' Wrestling Connection," a period of cross promotion between World Wrestling Entertainment and factions of the music industry.

Slippery Rock University graduate Josh Herbert may soon be seeing that same type of boom in acclaim as the result of a wrestling connection of his own. 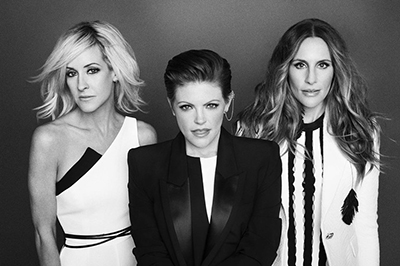 Thanks in part to a serendipitous meeting between his cousin, Jake Herbert, a two-time NCAA wrestling champion and Martin Strayer, an amateur wrestling devotee and husband of country music star Emily Robison, Josh Herbert has found himself somewhere he never thought he'd be - as an opening act for 13-time Grammy Award winning country artists, the Dixie Chicks.

Herbert is scheduled to play on 21 of the more than 50 dates the group has slated for its "DCX MMXVI" tour, including stops in 12 states and two Canadian provinces as well as a June 10 date at Pittsburgh's First Niagara Pavilion.

"I still don't really believe it," said Herbert, a 2012 graduate with a bachelor's degree in art. "Not too bad for a kid from Wexford that's never played in front of more than 300 people."

Or for someone who didn't decide to make music his career until his senior year of college.

"I got my first guitar when I was 10 years old," Herbert said. "I don't think I've put it down since, but I never saw myself making a living at it."

Rather, Herbert dreamed of lacing up his skates and playing in the National Hockey League. As a high school standout, Herbert scored four goals for North Allegheny in leading the Tigers to a 6-3 win over Holy Ghost Prep at the 2007 Class AAA state championship game.

It was during his junior year at SRU that Herbert - whose musical fluency also includes the banjo, mandolin, 12-string guitar, bass guitar, harmonica, drums and piano - began posting videos on YouTube of himself playing original compositions.

"The reaction I was getting from family, friends and classmates was incredibly positive," Herbert said. "People really started pushing me to pursue music. Everyone thought that there was something there, so I dove in head first."

Herbert would spend the bulk of his free time over the next two years penning more songs and adding other instruments to his repertoire. "As soon as class was over, I was back in my dorm room, guitar in hand," said Herbert. "It was very rare that you found me anywhere but in one of three places - the classroom, the (ice) rink or in my room. I looked after my obligations to my education and teammates and spent the rest of my time on my music."

Following graduation, Herbert headed to New York City where he spent a majority of the next year and a half in classic "starving musician" fashion - sleeping on a friend's couch, eating when time and money allowed and spending every waking hour honing his craft.

"Writing and recording was about all I did," Herbert said. "I was staying with a friend from high school who moved to New York to become a producer, so we were really helping each other out by working together. We were each getting experience from the other's talent, so to speak."

The music that came out of those sessions, which resulted in a three-song EP, had a decidedly pop flavor. Herbert returned home disgruntled.

"At the end of the day, (the sound) wasn't me," he said. "I needed to come home and regroup, get back to basics, just me and my guitar."

Shortly after posting the resulting pieces from those sessions online, Herbert's cousin, Jake Herbert, was introduced to Strayer at an NCAA wrestling event and put in a plug for Josh.

Strayer, a musician and engineer, got his love of amateur wrestling from his father, Martin Strayer III. The elder Strayer was an All-American grappler at Penn State University and serves as a board member for the National Wrestling Hall of Fame.

"Jake told him I was a musician, that he should give my stuff a listen and passed along my email address," said Herbert. "He must have liked what he heard, because a few weeks later I got an email from him telling me I was on the right track, to keep plugging away and that he would be interested in hearing more material."

Over the next year, those emails turned to phone calls and the phone calls turned into an invitation for Herbert to visit the couple's home in Texas in January 2015.

"It was crazy," said Herbert of the experience. "I must have been on to something I figured, to get the invitation. It was such a cool and unforgettable experience going into the studio with them, writing with them and performing for them. It was eight days that I'll never forget."

The visit provided Herbert with the inspiration and feedback he needed to kick him into another gear, producing his first official release, a self-titled 10-song album that hit No. 30 on the iTunes charts in May 2015.

As the Dixie Chicks began planning for their summer tour in early 2016, band members started kicking around ideas for budding artists to feature on the bill. Robison didn't forget about her one-time houseguest.

"Marty mentioned that Emily was going to bring my name up to the group's management as a potential opener, but I thought mentioning my name would probably be where it would end," said Herbert.

Instead, Robison's mention led to the group's management giving Herbert a listen and an invitation to hit the road doing an acoustic set. As the acoustic opener, Herbert will perform a 20-minute, five-song set at each show.

"It really has been a whirlwind," Herbert said. "There are people who play clubs their whole career waiting for their big break and here I am at 25 getting ready to play in front of 20,000 people every night with one of the biggest names in country music. I owe a big 'thank you' to my cousin for helping set this all in motion. I need to find a way to pay him back at some point."

If not, Herbert could find himself in another place he never imagined - pinned to the stage screaming "uncle" in front of 20,000 people.