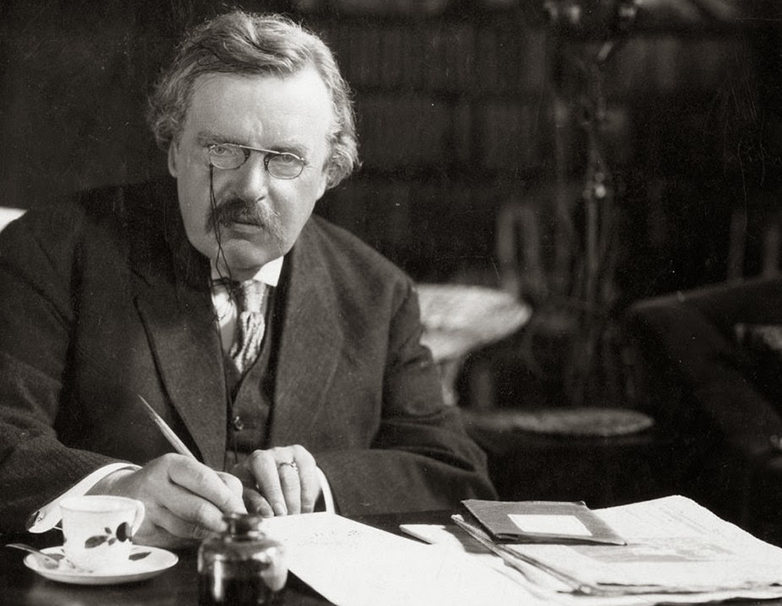 SLIPPERY ROCK, Pa. - Gilbert "G.K." Chesterton, the late English journalist, philosopher and Catholic apologist, said, "What embitters the world is not excess of criticism, but an absence of self-criticism."

Nearly 300 Chesterton admirers are reflecting on this and his other thoughts and writings at the 35th Annual Chesterton Conference, which SRU is hosting Aug. 4-6. The itinerary includes presentations by college professors, writers and a live video chat from Robert Barron, auxiliary bishop of the Catholic Diocese of Los Angeles, at 8:30 p.m., Aug. 5, in the Smith Student Center ballroom.

Often referred to as the "prince of paradox," Chesterton (1874-1936) wrote 100 books and 5,000 essays on religion, economics, social injustice and other topics. He penned biographies of St. Thomas Aquinas and St. Francis of Assisi. 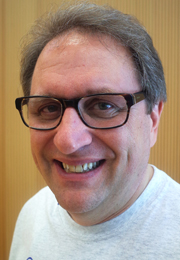 Dale Ahlquist, president of the American Chesterton Society, based in Minneapolis, Minnesota, said Chesterton was ahead of the curve and anticipated many of the struggles that define the modern world, including enmity between capitalist and communist nations.

"He was a profound thinker, and he knew how to get along with his enemies," said Ahlquist. "He was a witty, intelligent and insightful defender of the poor, the downtrodden, the weak and especially of the family. Slippery Rock is going to get a good dose of him."

Chesterton, who converted to Catholicism from Anglicanism in the 1920s, demonstrated "profound Christian faith and joy," Ahlquist said, "although he weighed 300 pounds and loved good wine and cigars."

The conference drew devotees Sean and Julie Dailey and their two teenage sons. The Springfield, Illinois, family said they admire Chesterton's Catholic writings, poetry, advocacy for social justice and aversion to capitalism and communism. Sean Dailey is the editor of "Gilbert," the magazine of the American Chesterton Society.

"His writings sparkle," Sean Dailey said. "He was a defender of Catholicism before his conversion."

While the Dailey family was able to hit the open road for the conference, participant Marco Sermarini flew in from Italy to contribute. Sermarini, who serves as president of the Italian Chesterton Society, was scheduled to present "The Universal Chesterton."

"We share the same vision about life and the importance of Catholic philosophy," Sermarini said.

The conference, which began Aug. 4, continues today with an opening mass at 7:30 a.m. at the Rock Catholic Center. Speakers are scheduled throughout the day, with lunch and dinner breaks at 11:30 a.m. and 4 p.m.

Bishop Barron will present "Chesterton: A Pivotal Player" at 8:30 p.m.

Aug. 6 begins with a 7:30 a.m. breakfast followed by "Chesterton and Dostoyevsky," by Tom Martin, professor of philosophy at the University of Nebraska at Kearney, at 9 a.m.

Ahlquist said Chesterton, while focusing on serious themes, displayed humor in his writings. The bombastic man of letters would surely have appreciated Saturday night's 9 p.m. program of "jokes, toasts, songs, clerihews and other fun."

Sponsored by the American Chesterton Society, the conference is open to walk-ins. It is being offered through SRU's camps and conferences program.

For more information, including the conference schedule, visit: https://www.chesterton.org/