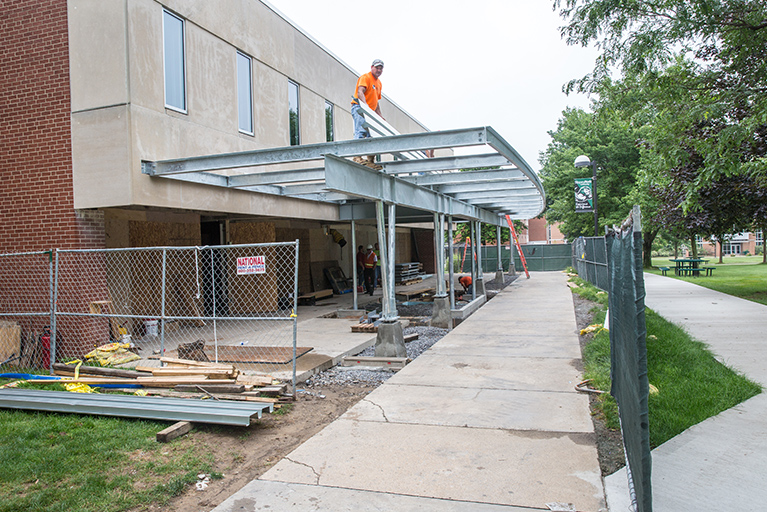 An estimated $6 million worth of improvement projects were completed on Slippery Rock University’s campus during the summer, including the first phase of the $4 million project to improve Bailey Library.

SLIPPERY ROCK, Pa. - While students returning to Slippery Rock University for the fall semester may have noticed a few physical changes to the campus exterior, the most visible changes have occurred on building interiors and student's computer screens.

The most noticeable of all exterior changes that occurred over the summer was the demolition of the former Kraus Hall. Built in 1966, the hall, located on Main Street, was originally known as "The Riviera," a privately owned facility belonging to Stanley Kraus. Kraus donated the hall to the University in 1982. The hall, valued at $4.5 million at that time, was the largest gift ever received by the University. It continued to house students until 2009. It was demolished at a cost of approximately $150,000.

The now empty lot will be used as a staging area for materials and trailers when the renovation projects for SRU's performing arts buildings - Miller Auditorium, East Gym and West Gym - begin later this year. Long-term plans for the former Kraus Hall space are undetermined.

Projects that either started during the summer or were scheduled to start, including a $6.5 million renovation to the Strain Behavioral Science Building, will continue during the fall. However, according to Scott Albert, assistant vice president of facilities, planning and environmental safety, the value of completed improvements on campus during the summer was estimated at $6 million.

"It was one of our busiest summers because of the timing of projects," Albert said. "Overall, if you look at the volume of construction that's been ongoing, year to date and, with the BSB and performing arts projects kicking off, it'll be close to one of our busiest overall years in the past 20 years."

The first phase of a $4 million improvement project for Bailey Library was completed during the summer, which included the renovation of the second and third floor restrooms that were closed during the summer. Ongoing improvements, which will continue through the fall, include an additional computer lab and study spaces, a redesigned entryway and an expanded café. The project is scheduled for completion in December.

"From a cost perspective, Bailey was the biggest project of the summer," Albert said. "When all the projects are completed, it'll provide an exciting and modern look to the campus. Until then, we appreciate everyone's patience."

Other significant changes from the summer included second floor renovations to Rhoads Hall; improved accessibility to the Gail Rose Lodge; the replacement of the Swope Music Hall loading dock; and asphalt maintenance and seal coating to several parking lots. An underground condensate line, that returns water from the McKay Education Building to the boiler plant, was also replaced. Restoration work from that project continues near Old Main.

There were also considerable upgrades related to classrooms, technology and sustainability:

-Students may notice changes in lighting, as the University continues to switch completely over to LED lighting, which uses less energy and lasts longer.

-Eight classrooms were upgraded with new technology, including items such as laser projectors and digital audio controls. The upgraded classrooms included two each in the Eisenberg Classroom Building, the School of Physical Therapy Building, Spotts World Culture Building and the Advanced Technology and Science Hall. A "Concepts of Sciences Lab" was created in Room 130 of ATSH while Room 103 of Spotts was converted from a classroom to a computer lab.

-More than 700 computers were replaced in academic buildings, making this year one the largest-scale overhauls in recent years as most computers are replaced on a three-year cycle. 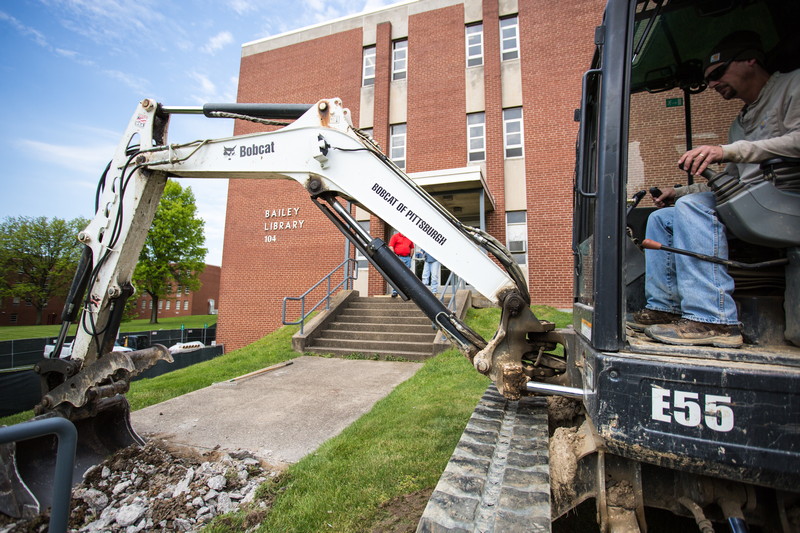 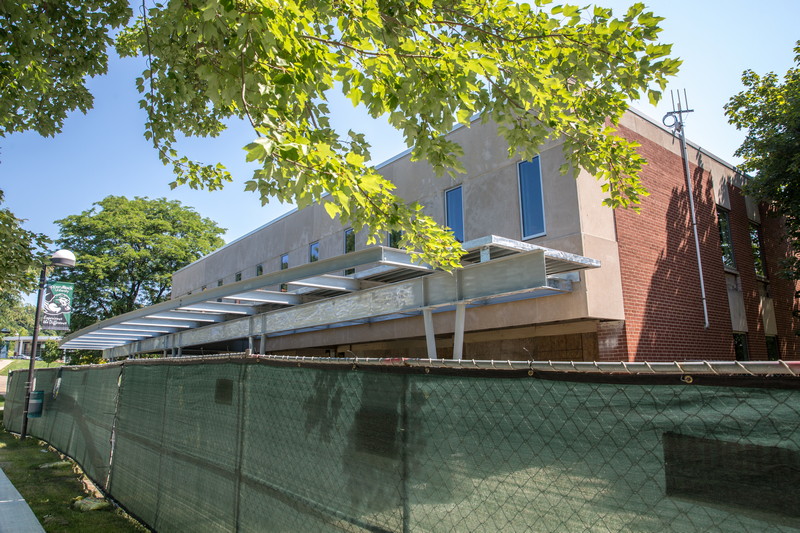 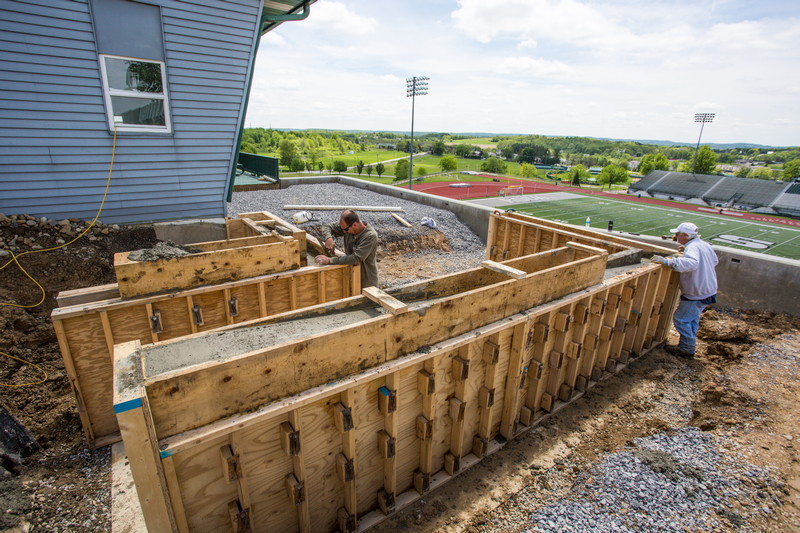 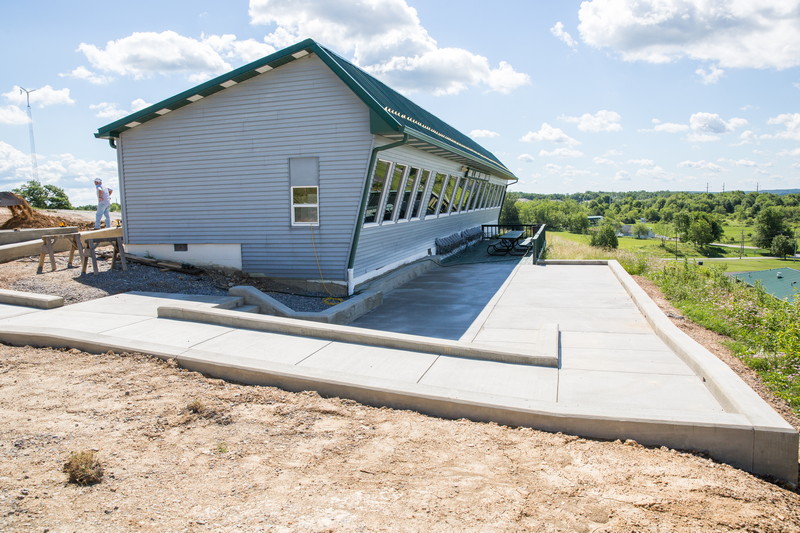 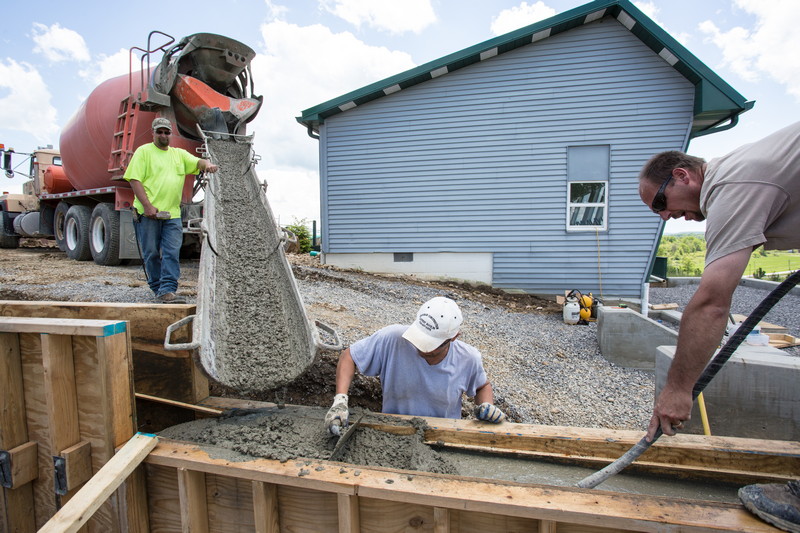 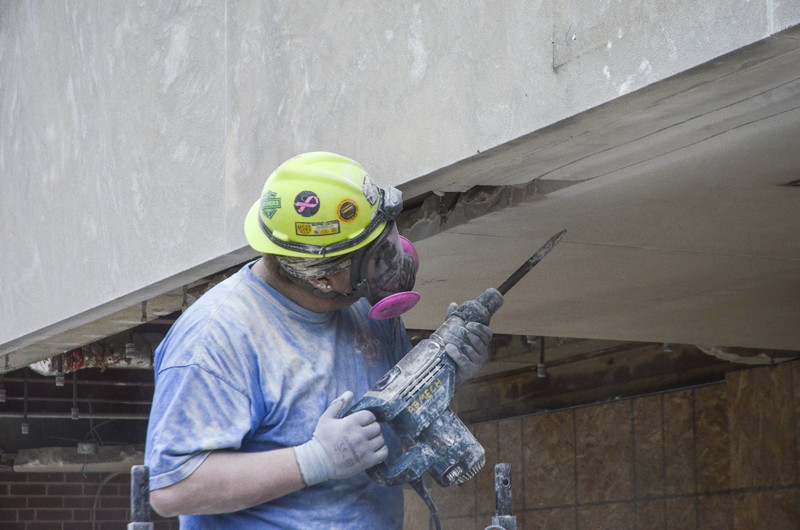 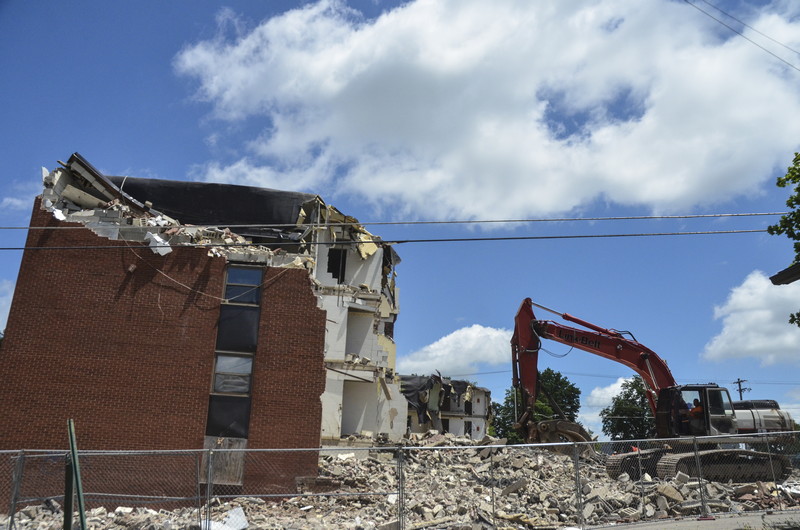 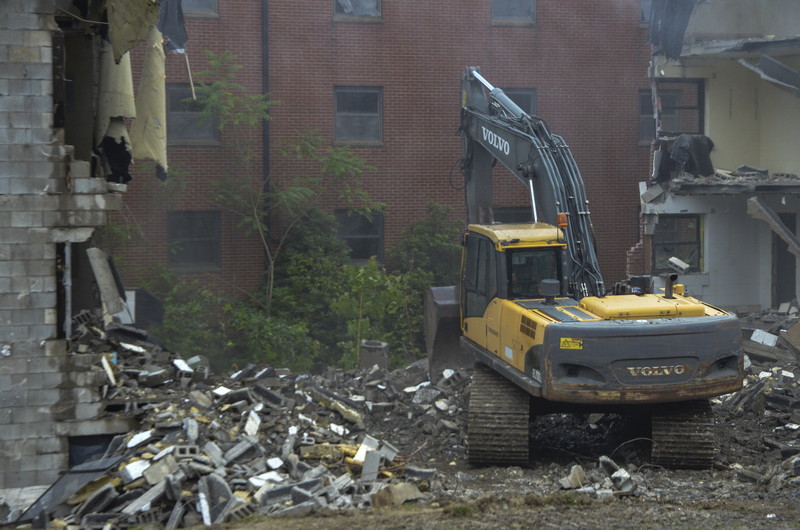 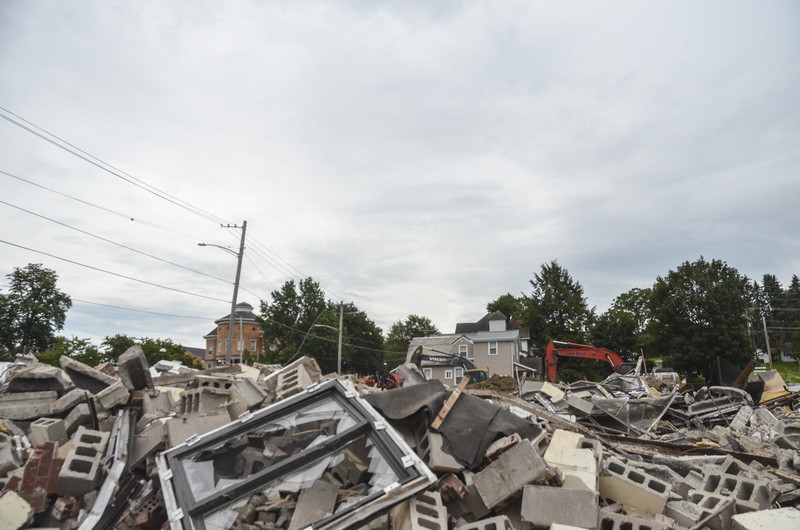 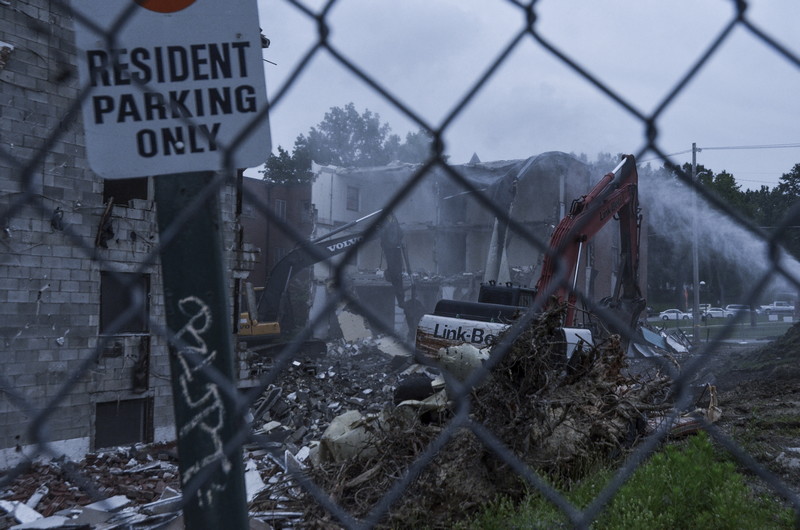 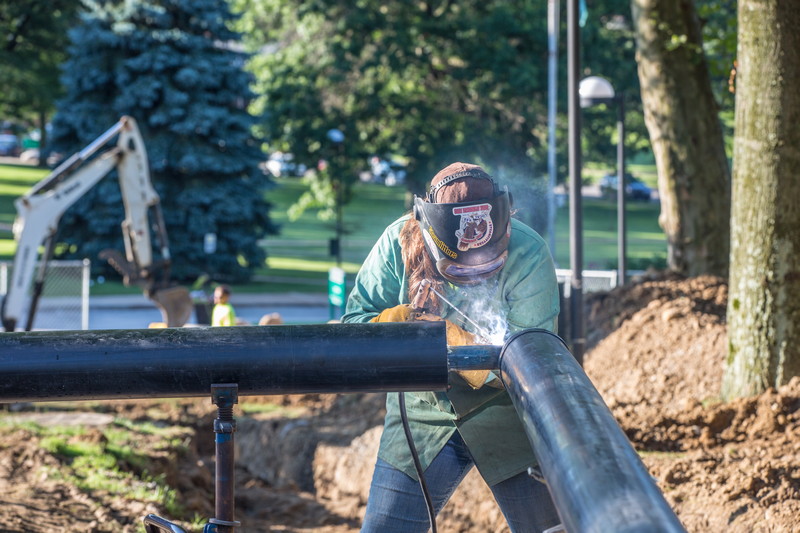 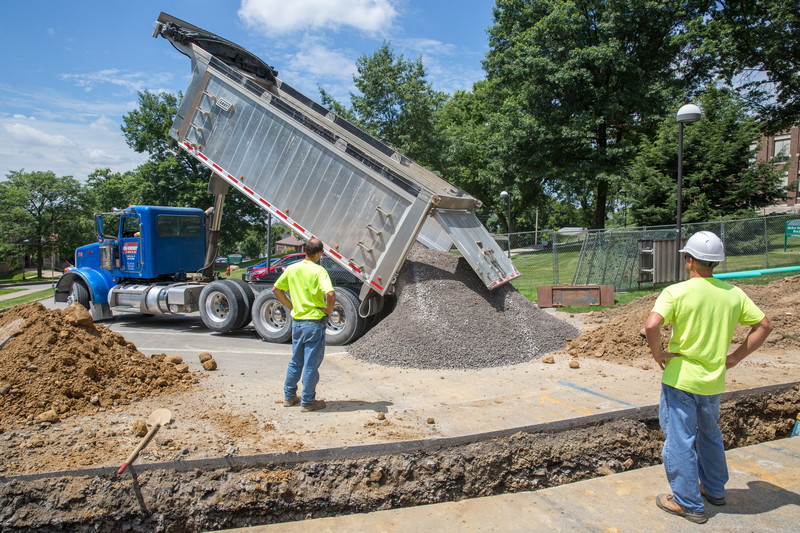