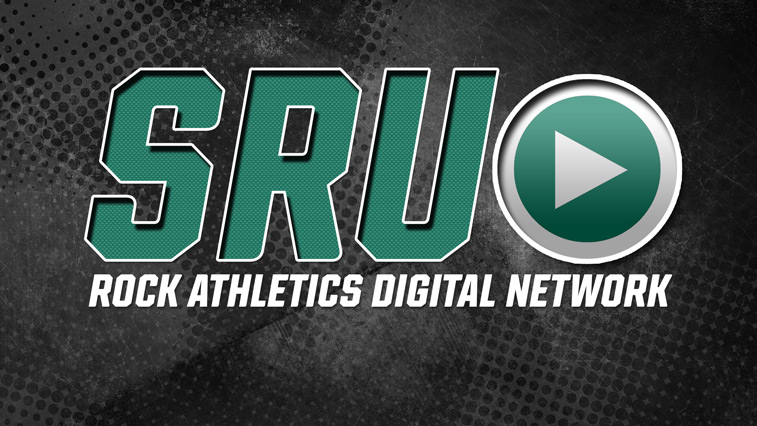 SLIPPERY ROCK, Pa. - The Slippery Rock University Athletic Communication Office has announced an expansion and rebranding of its broadcasting offerings with the launch of the "Rock Athletics Digital Network."

The expanded digital network will still allow fans to watch live and on-demand events for free on desktop computers and mobile devices through the official website at www.RockAthletics.com/watch, with no changes to those offerings.

The biggest change to the new network comes in the form of "over the top" applications for streaming devices. The Rock Athletics Digital Network application will be available as a free download for Amazon Fire TV devices, Apple TV boxes (4th generation and newer), Android TV devices and Roku devices. Fans with any of those compatible devices attached to their televisions will now be able to watch live and on-demand content directly on their televisions without needing to connect a computer or cast from a mobile device.

"This is a big announcement for us and our fans," said Jon Holtz, director of athletic communication. "We're going to be one of the only schools in the nation at any level that has its own network apps available on these devices. Most of the collegiate athletics content available via these devices is attached to conference-wide applications. Our fans that want to see SRU events will now have a one-stop shop to be able to view those right on their televisions, without tying up their phones or computers."

The Amazon Fire, Android TV and Apple TV applications are available for download this week and will be operational Sept. 16 for The Rock football team's 6 p.m. kickoff against Lock Haven. The Roku application will launch in the near future.

To download the application, fans simply need to search for "Rock Athletics Digital Network" in the respective app stores on their device. The downloads and all broadcasts that will be shown on the application are free.

"SIDEARM has been a loyal partner of ours for nearly a decade," said Holtz. "When we were looking at how we could make this work and expand our network to more offerings, this made the most sense as it allows us to continue delivering our games through our already successful brand at rockathletics.com. We need to thank the folks at Blueframe for their efforts and working with us to make this a successful operation that will benefit our fans across multiple platforms."

The Athletic Communication Office previously launched the "Rock Athletics All-Access Network" three years ago and has expanded it to include more than 70 live HD broadcasts of sporting events each year. The broadcasts are operated entirely by the athletic communication staff with mostly undergraduate students handling the execution. Setup, design, direction and oversight for the network comes from Holtz and Tyler McIntosh, assistant director of athletic communication, along with Ben Matos, graduate assistant.