SRU invites people to ‘Live Like a Stoic for a Week’ 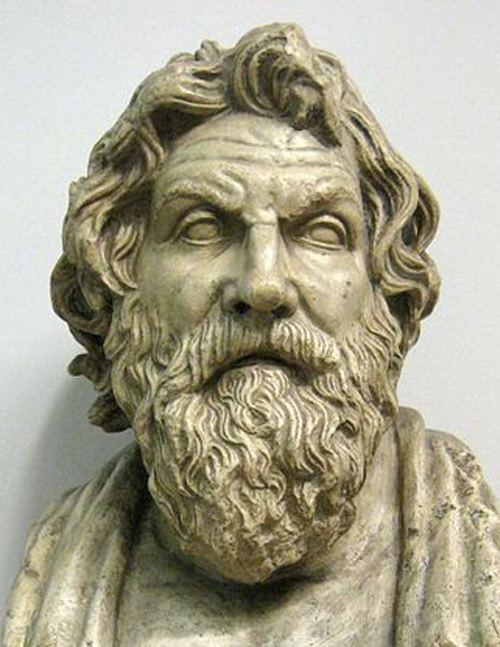 Diogenes Laertius (230-150 BC) wrote about the lives and opinions
of the most prominent Greek philosophers.

SLIPPERY ROCK, Pa. - At 6 a.m. on a Monday about 20 people showed up at a small building on the edge of Slippery Rock University's campus ready to "Live Like a Stoic for a Week." The first question asked by Andrew Winters may seem rather existential, especially coming from a philosophy instructor: Why are you here?

Many arrive with variety of personal and professional challenges to overcome, and some are just curious how the ancient philosophy of Stoicism can be applied in a modern setting. But the short answer is often simple: To live a better life.

"(Live Like a Stoic for a Week) is an experiment to try to see to what extent the ancient Greco-Roman philosophers could provide us with tools and techniques to overcome life's obstacles," said Winters, instructor of philosophy who is leading the Stoic week program, 6-7 a.m., through Oct. 20 at the SRU Ski Lodge.

Live Like a Stoic for a Week is inspired by a Stoic Week movement started in 2012 by students studying Roman philosophy at Exeter University in England. Participants learn to apply Stoic concepts and techniques to their daily lives, with each day of the week focusing on different topics such as values, change, virtues, love and relationships and community.

The participants at SRU engage in three "check-ins" each day, meeting in the morning as a group to discuss the text for the day and individually meditating twice later in the day to reflect on questions related to the text midday and reading additional text in the evening. 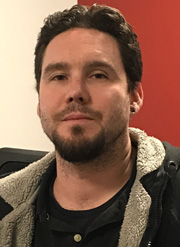 "The whole theme is on self-renewal," Winters said. "(It's about) who you want to become, what are your core values for a human living a good life, what extent are you on that path and what modifications you need to make."

Stoicism can be defined as a philosophy of personal ethics informed by logic and views on the natural world where the path to happiness for humans is found in accepting moments as they present themselves. By understanding the world around them, Stoics don't allow themselves to be controlled by desires for pleasure or fear of pain. Many people confuse Stoics with the dictionary definition for "stoic," enduring pain or hardship without showing feelings or complaining.

Stoics acknowledge an emotion and ask what caused that emotion, if the emotion is an accurate interpretation and determine what they can or can't control. This realization prevents negative emotions, such as prolonged grief from a loss of a loved one or anxiety before taking an exam.

SRU's Live Like a Stoic for a Week program is two days shorter than the international Stoic Week schedule and any of the 6 a.m. meetings are open to the public. Winters reasons that any exposure to the concepts, even for one day, can make a difference and lead to personal, academic and professional success.

"This is a successful activity because it meets a need that everyone on campus has," Winters said. "(This addresses) the general human need to learn how to face adversity."