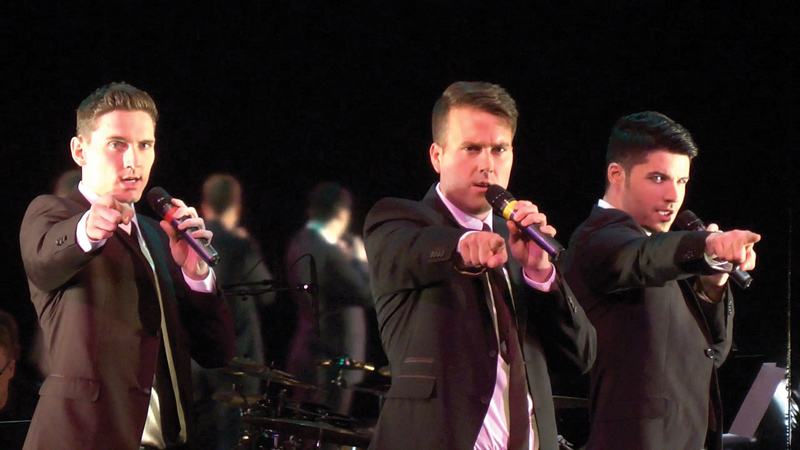 Shades of Bublé will be have musical accompaniment provided by members of the Slippery Rock University Jazz Ensemble during their 7:30 p.m., Nov. 3 performance inside the University Union’s Multipurpose Room.

SLIPPERY ROCK, Pa. - Performing a set list of songs recorded or performed by Michael Bublé, Shades of Bublé honors, but doesn't imitate, the sophistication, style and high-energy fun that the Canadian crooner himself brings to his concerts.

That energy should be off the charts during the trio's 7:30 p.m., Nov. 3 performance inside the University Union's Multipurpose Room when the Slippery Rock University Jazz Ensemble accompanies the group.

"It'll be a special night for the students, for sure," said Jason Kush, associate professor of music and ensemble director. "In one form or another, the ensemble performs 10 to 20 times during a year, but this is a different sort of event for them. The group often hosts a variety of world class jazz guest performers, but playing a ticketed event that leans more toward the pop side of music to which there is a more general appeal will expose them to a wider and larger audience. It adds another level of excitement for the students."

Shades of Bublé provides audiences seamless variety by combining big-band standards from the jazz era; classic hits from the 50s, 60s and 70s; and modern Billboard chart toppers in a high-energy show that has generated standing ovations from sold-out crowds around the country.

Kush said that under normal circumstances, the ensemble would spend "countless" hours doing rehearsal preparation prior to taking the stage, but acting as the backup musicians for a touring act makes for a unique practice situation.

"They will only have two hours of rehearsal time with the trio before they hit the stage, so it is a lot more demanding on the students," said Kush. "And with that, it calls on them to be laser focused in their mentality and preparation. That being said, they are professionals and I have no doubt they will shine."

Despite the small window of in-person time with the "Shades" members - Ron DeStefano, Drew Pournelle and Michael Valentine with pianist/music director Nathan Perry - prior to the performance, the ensemble has had access to the music that will be featured, allowing the group to rehearse the numbers well ahead of showtime. 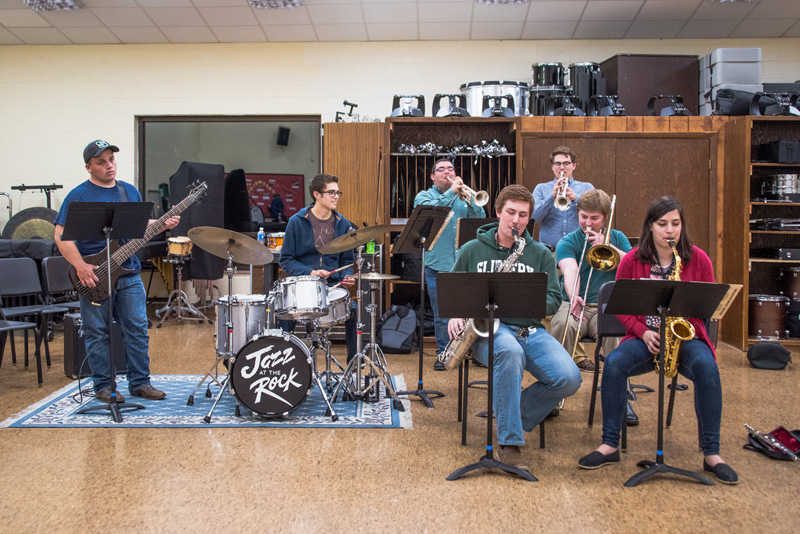 The ensemble is the premiere jazz group in the University's Department of Music. Comprised entirely of undergraduate students that are chosen by audition, the group performs music that covers a broad range of traditional to contemporary large jazz ensemble music. Students in this ensemble learn advanced technique in stylistic execution, improvisation and ensemble building skills.

Throughout its history, the award-winning ensemble has performed at jazz festivals, high schools, colleges and other concert venues in the U.S., Canada, Europe and Asia.

In addition to performing a formal on-campus concert each semester, the group has performed with world-class jazz legends such as Stanley Turrentine, Rufus Reid, Randy Brecker and Bob Mintzer among others.

Since 2000, the ensemble has recorded five studio albums.