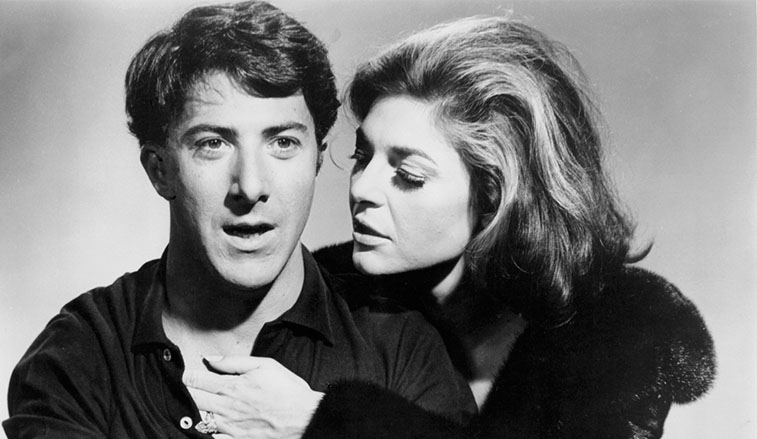 This year marks the 50th anniversary of the release of “The Graduate,” starring Dustin Hoffman and Anne Bancroft. The film is still screened in college classrooms across the country, including the Slippery Rock University English Department’s Film Analysis class.

SLIPPERY ROCK, Pa. — Fifty years ago, when "The Graduate" burst onto the scene and screen, it marked a distinct departure from the conforming, classical films churned out by Hollywood. The romantic dramedy, heralded by many as historically and culturally significant, continues to be screened in college classrooms across the country, including one at Slippery Rock University — and not because students mistake the film's title for requisite viewing to obtain a degree. 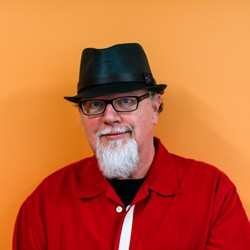 The reason "The Graduate," released Dec. 22, 1967, is still a must-see, and widely considered one of the top 20 greatest American films, is because of how it introduced a new style of filmmaking and epitomized the cultural rebelliousness of the 1960s.

"Many of my students like this film even if it is old and set in the late 1960s," said William Covey, SRU professor of English, who shows the film as part of a unit on post-Classical Hollywood film in his 200-level Film Analysis course. "I'd imagine that graduating without a firm idea of what the next steps in life should contain is a message that students relate to no matter what the decade."

The film centers on a recent college graduate's aimless transition into adulthood, in which he is seduced by an older woman and ultimately falls in love with her daughter. Early in the film, protagonist Benjamin Braddock, played by Dustin Hoffman, is advised "there's a great future in plastics" by his father's businessman friend, underscoring the resistance of young people in the 1960s to conform to the materialism and seemingly fake constructs of the world they were about to enter.

Based on the 1963 novel by Charles Webb, "The Graduate" was nominated for seven Academy Awards. Mike Nichols captured the Oscar for Best Director. According to Covey, the film adopts stylistic details ahead of its time period, including sound bridges and overlaps and unusual lens techniques and shot selections, such as a scuba mask point-of-view shot from the main character.

"The stylistic experimentation that Nichols used marks his film as rebelling against the old system," said Covey, who notes "The Graduate" as part of a movement in new American cinema that included 1967 titles such as "Cool Hand Luke," "Bonnie and Clyde," "Guess Who's Coming to Dinner" and "In the Heat of the Night," the latter receiving the Oscar that year for Best Picture. "The use of popular music and the heralding of youth culture over established and traditional middle-age and middle-class culture does the same thing."

Instead of orchestral or jazz music, folk rock duo Simon and Garfunkel recorded old and new tracks for "The Graduate" soundtrack, which was used to the show the emotional and psychological range of characters, and enhanced the movie's profile in popular culture.

Covey said that "The Graduate" has become an "intertext" for later generations, meaning that it has influenced newer films, some of which pay tribute to or even parody the original work.

However, the film's lasting theme is how it articulated the polarity of generations. Covey points to the popular quote by activist Jack Weinberg, "Don't trust anyone over 30," which typified the sentiment in the 1960s and its Free Speech Movement. Audience surveys at the time showed that 72 percent of "The Graduate" viewers were younger than 24 years old and 96 percent were under 30.

"The film was a clear indicator of the developing generation gap," Covey added. "There also often remains a wall between how young people and their elders communicate."