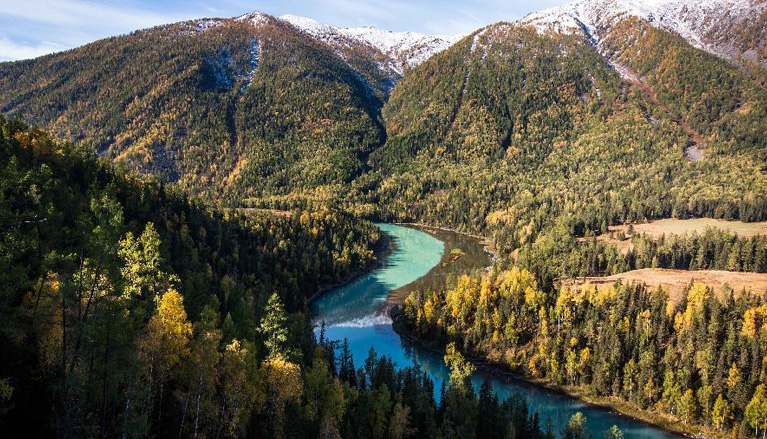 Apparently, the same can be said when it comes to studying the affects of climate change in Western China.

"The Xinjiang Uyghur Autonomous region in Western China is at the center of important changes in that country's international economic policies, its growing concerns about climate change and its increasing efforts at nomadic sedentarization," said Jack Livingston, SRU associate professor of geography, geology and the environment.

"The area is like the Front Range of the Rocky Mountains...short grassy areas, fairly aerated and then you get some truly desert terrain. It's an area very sensitive to climate change and one that makes for great research."

So great in fact, Livingston will team with colleague Xianfeng Chen, SRU associate professor of geography, geology and the environment, and a group of six SRU students for a 21-day trip to the region beginning June 13. The student-faculty research project is being made possible through a $39,776 grant from the ASIANetwork.

ASIANetwork is a group of more than 170 North American colleges, which strives to encourage the study of Asian countries and cultures, enable students and faculty to experience those cultures first hand and foster collaboration among institutions.

Landing the grant was the culmination of six months of work by Livingston, Chen and the students that began last summer.

"(Chen and I) began the process simply by kicking around areas of research we were most familiar with that were relevant to that region," said Livingston. "Once we had those commonalities defined, we began looking at a pool of students that best fit what were going to do and (Chen) began the process of nailing down support from the Chinese Academy of Science which played a big role." 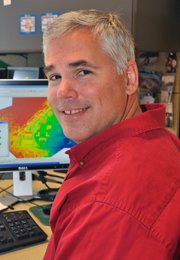 At the core of the excursion is a field research experience that will examine the changes in the fractional vegetation cover along the northern slopes of the Tien Shan Mountains and the Jungar Basin.

Fractional vegetation cover refers to the ratio of bare ground to green vegetation in a landscape. Variations in FVC are indicative of changes in ecosystem productivity as well as productivity in agricultural and pastoral landscapes.

The SRU project will look to build on previous faculty research collaboration between the Xinjiang Institute of Ecology and Geography and the Department of Geography, Geology and the Environment at SRU that developed field techniques to collect high quality ground truth images to improve FVC analysis.

The new research program will apply those techniques to explore the intersection of climate-induced changes in FVC, the political ecology of land use change under policies of nomadic sedentarization and growth of the "new" Silk Road.

The Silk Road refers to an ancient Chinese network of trade routes that were central to cultural interaction through regions of the Asian continent connecting the West and East from China to the Mediterranean Sea. It derives its name from the lucrative trade in Chinese silk carried out along its length, beginning during the Han dynasty (207 BC-220 AD). Trade on the Silk Road was a significant factor in the development of the civilizations of China, the Indian subcontinent, Persia, Europe, the Horn of Africa and Arabia, opening long-distance, political and economic relations between the civilizations.

"The area is incredibly important in terms of global politics, geopolitics, economics and ecologically," Livingston said. "This region really can connect China to the rest of the world on a different level.

"To be able to provide our students with access to a region that will play such a significant role down the road is unique. Everyone visit Beijing and Shanghai, but we felt it was important to go to a place no one really visits. It's the difference of visiting 'emerging' China rather than 'popular' China."

"Not only will this trip expose me to a new culture, but I'm hoping to gain a better understanding of contemporary Asia's global role," said Orbash.

"I can't wait to experience Chinese culture and hopefully forge some friendships with other international students we will meet along the way," Chambers said.

Each student taking part in the project had to submit an essay on how being involved would impact them, as well as develop research questions that the project should look to answer.

According to Livingston, ASIANetwork places a heavy emphasis on participating students being truly collaborative with faculty on each project for which it provides funding.

To that end, Livingston and Chen put each prospective student through a rigorous evaluation process in order to find out not only what the student expected to get out of the experience, but also why they felt their contribution would make a difference.

The duo began with a group of 20 students, before paring it down to the final half dozen.

"Between the grant and the research questions," said Livingston, "there was a fair amount of time and writing they had to commit to the project and that was before we even knew if we received (the funds). They were committing themselves with no promise of a payout. To see that level of energy and desire was really something."

"Having worked with Dr. Livingston before, I agreed to take part as soon as I was asked," said Yeager. "This is a once in a lifetime experience and it's amazing be a part of this opportunity.

"Everyone in our group has something different to offer the project and I'm excited to see what results come from it all."