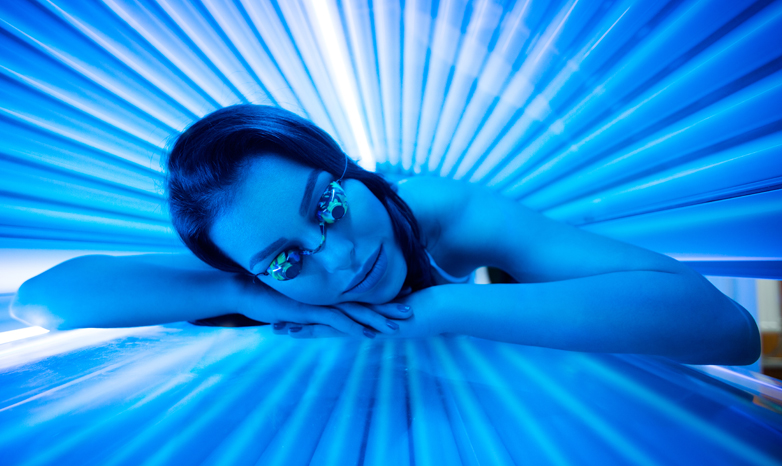 Tan skin is often thought of as providing a “healthy glow,” but just the opposite is true according to a trio of Slippery Rock University professors that have authored “Sun Exposure and Exercise: The Good, The Bad and The Behavior Change."

SLIPPERY ROCK, Pa. - For Jeff Lynn, it was more than just an opportunity to be published, it was a way to sound the alarm. It was personal.

After seeing both of his parents have skin cancers removed, and himself, a pre-cancerous melanoma, the Slippery Rock University associate professor of exercise science wanted his warning about sun exposure to reach the masses. 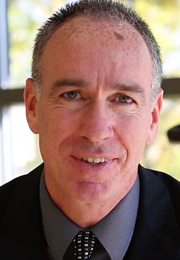 An avid ultra marathon runner, Lynn has been exposed to more than his fair share of sunlight, UV rays and the damage they can cause. It was time to act.

"As the years have gone by, it was always in the back of my head...the damage being done by so much exposure," said Lynn. "I had a real curiosity about the whole thing and after seeing my folks go through it, not to mention myself as well as one of my co-authors (Patricia Pierce, SRU professor of exercise science), I started to gather information, conduct some research and was looking to get the word out in a wide circulation."

Partnering with a third SRU colleague, Joyan Urda, an assistant professor of exercise science, the trio have had their words published in "Sun Exposure and Exercise: The Good, the Bad and the Behavior Change," through the American College of Sports Medicine.

"Being as close to the subject matter as we are, the passion for the cause was certainly a motivator," said Lynn. "As educators for exercise science, the ACSM audience could be a huge disseminator for this piece.

"Any one of the professionals who reads the information may work with five, 10 or 100 others and that sort of exponential awareness could be invaluable in changing attitudes about sun exposure."

According to Lynn, spending time in the sun has been shown to activate vitamin D, enhance mood, improve sleep quality and positively affect blood pressure. People suffering from seasonal affective disorder often are encouraged to spend time outside because exposure to bright light can help reduce symptoms.

"The thing to remember is, you don't need to spend hours on end, stripped down to your underwear to reap the benefits," Lynn said with a laugh. "Five to 10 minutes in the sun, two to three times per week, are enough to help your skin make vitamin D.

And while exposure to sunshine can produce positive psychological and physiological benefits, it is the risks associated with that exposure - skin damage, accelerated skin aging and cancers - that must be addressed, Lynn said.

According to the trio's research, in the United States alone, nearly five million people are treated for skin cancer each year. Over the past 30 years there have been more cases of skin cancer than all other cancers combined. Basal and squamous cell carcinomas are the most common with 90 percent of those being linked to sun exposure.

"Skin cancer is, by far, the most diagnosed cancer. Outdoor exercisers are at risk because of cumulative UV exposure and inadequate protective behaviors," Lynn said. "As little as 15 minutes of sun exposure has been shown to increase the risk of sun-related skin damage in runners and anyone else that spends prolonged periods of time outdoors."

With that in mind, sun protection strategies offered by the authors include:

According to Lynn, while many believe that suntanned skin conveys a healthy or attractive look, or that cloud cover protects them from UV radiation, the opposite is true.

"Simply put, tan equals skin damage," Lynn said. "It's obvious that when you get a sunburn you've damaged your skin, but when you tan, you're doing the same thing but at the DNA level."

To that end, Lynn makes special note on the dangers of another popular exposure activity, the use of tanning beds.

According to the Melanoma Foundation of New England, tanning beds are far more risky than sun exposure, emitting up to 15 times more UV radiation than the sun. The use of indoor tanning devices was not only found to be common among many U.S. adults, specifically white women ages 18-25, but widespread among teenagers as well. In fact, a recent study by the MFNE found that there are 2.5 million teens use tanning beds or booths each year, including 35 percent of 17 year old girls.

"Plain and simple, it's about mitigating risk," said Lynn. "We know that people won't stop tanning or spending hours outside when the weather is nice. After a long, gray winter, when the sun finally appears, it's a calling card for the outdoors and people naturally flock to it.

"The message we're trying to deliver is to be smart and control what you can. Don't stop enjoying life; just be smart about how you do it where the sun is concerned. A little goes a long way."