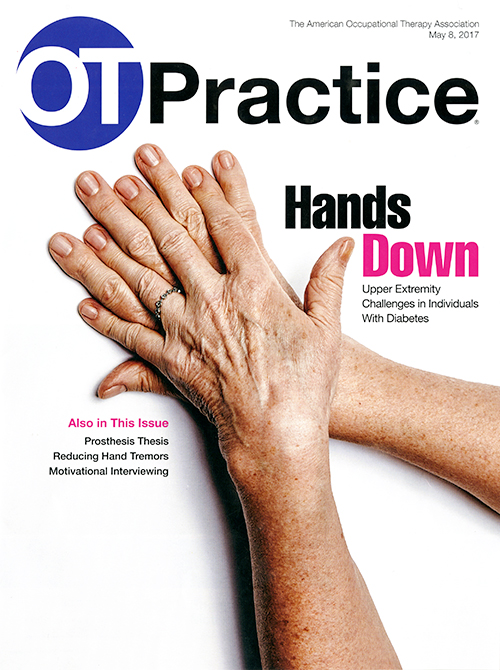 SLIPPERY ROCK, Pa. - More than 12 million Americans were diagnosed with diabetes in 2000. Count Jeffrey Loveland, associate professor of biology at Slippery Rock University, among them.

Rather than be deterred by the diagnosis, Loveland, ever the active and forward thinking academic, chose to use his diagnosis as another teaching tool - not only for his students but also for the doctors who were treating him.

He has turned his personal observations into clinical advice in a research-based article "Hands Down," which is the cover story for the May edition of The American Occupational Therapy Association's OT Practice magazine.

The magazine has a circulation of more than 60,000 occupational therapists and health care practitioners from around the globe.

Loveland wrote the article, which focuses on the upper extremity challenges for individuals with diabetes, in response to what he believes is a neglected practice in the medical arena. For example, the hands and shoulders are often overlooked areas in a routine check-up for diabetic patients.

"Doctors tend to focus on the feet because we bear our weight there," said Loveland, "but the truth of the matter is, a diabetic's hands can experience just as many problems. After 17 years, it became obvious to me how often the hands and shoulders were ignored and attention needs to be brought to that.

"This is not a criticism of the health care I have received, just an observation. After I began hearing more from other diabetics who have complained of nerve loss in their hands, I realized that issues like this often go undiscovered because doctors simply do not ask." 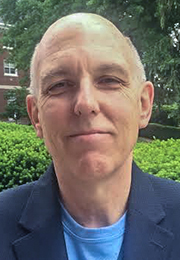 Loveland said the issue is two-fold as patients often write off weakness, numbness and pain in either their hands or feet - otherwise known as peripheral neuropathy - as everyday aches and pains or clumsiness, and therefore don't report it during doctor visits.

"Doctors are often only allowed between 10 and 15 minutes with a single patient which is why something like this might be lost during their meeting," Loveland explained. "Between being weighed at the beginning of the visit, reviewing vitals and blood sugar, inspecting the feet and trying to carry a friendly conversation in the midst of an exam, it's no surprise that something could be glossed over in the process."

With the latest reports indicating that American diagnoses of diabetes have almost doubled during the past 17 years, Loveland believes that "shining a light" on all of a person's extremities will save lives - hands down. To do that however, occupational therapists and health care providers should begin by adding a simple screening process that will detect upper extremity concerns earlier on, he said.

"Diabetes just requires closer scrutiny. There is a lot more to it than we originally thought," said Loveland.

Loveland, who began his research for the piece approximately two years ago, plans to continue raising awareness through other means with the hope of one day establishing a local diabetes outpatient clinic, that would conduct upper extremity screenings while working closely with patients' physicians.

He hopes to pass along his knowledge of all things diabetic to SRU graduate students through the University's occupational therapy doctoral program, which will launch under his direction June 2018.

"We have just passed through all of the approvals, and we are looking to begin accepting applications, for 30 students, this September. I really am excited to see this taking shape and becoming a reality," he said with a smile. "Occupational therapists work to help people live the type of life they want to lead, and have the type of functioning skills they need in order to do that. That's what we're going to be offering."

Now nearly two decades into his own battle with diabetes, Loveland said the illness has in no way prevented him from living the life he wanted.

"I did have to go through shoulder surgery in 2013 as a result of my diabetes," he admitted, "but I have learned since then to work smarter. I work just as hard as I always did, but I make the most of my time."