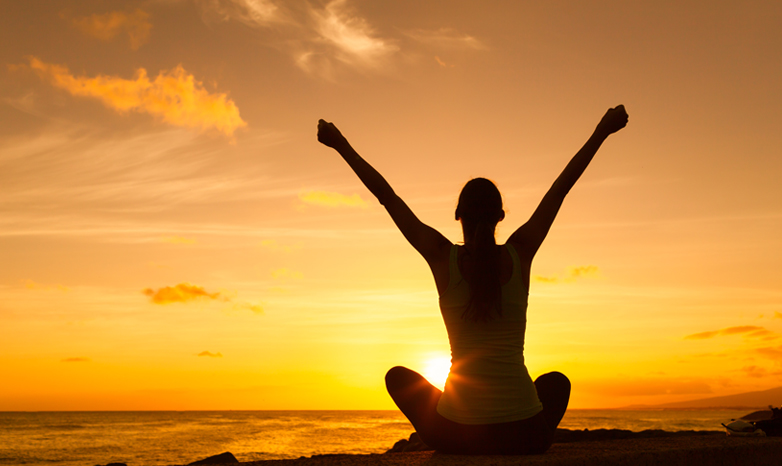 Whether someone is sorting the laundry, jotting down a grocery list or simply tying a shoe, an "aha" moment can emerge when a person least expects it.

For Christopher Niebauer, associate professor of psychology at Slippery Rock University, lightning struck at a most unusual moment - while he was lying in a hospital bed battling epiglottitis eight years ago.

Epiglottitis is a condition where the epiglottis -- a small cartilage structure in your throat that covers the windpipe and protects the trachea -- swells. In rare cases, this can result in a blockage of the flow of air into the lungs and can be life threatening. 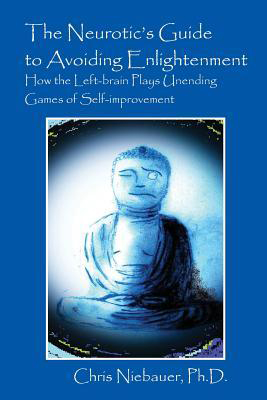 "The whole episode was really scary," said Niebauer. "(Epiglottitis) can be fatal. I couldn't sleep the whole week prior and by the time it was diagnosed, the only option was to be hospitalized. But in that prior week, while I was unable to sleep, I just started writing in my head. It just felt like I had the whole thing in my mind.

"Lying in the hospital bed, I wrote out chapter titles and for the next couple of years, just started filling in the rest. It was a great beginning, I just wish what had kick started the project would have been less severe."

The end result was Niebauer's first book, "The Neurotic's Guide to Avoiding Enlightenment: How the Left-Brain Plays Unending Games of Self-Improvement."

While his book is based on the teachings of Alan Watts and Eckhart Tolle, it integrates the findings of modern neuroscience that reveals a similar message. "It is the desire for enlightenment that is the biggest block to happiness and peace, in fact, it is the only block," said Niebauer.

"It is not until one gives up the quest to find oneself, improve oneself or be more spiritual, that one can ever find the peace they are looking for. It is not your ego that gives up this quest, it is you."

The book deals with people on a search for self-improvement and enlightenment; those who are "watching" their egos or losing their egos in order to find peace of mind or to get along better with others.

"Our efforts seem to have the opposite effect and this is due to the way the left side of the brain processes information. Neuroscience discovered that the left-brain makes up elaborate stories and convincing explanations. It is the left-brain that makes up the most elaborate and convincing story of all, the story of who you think you are. And the more we try to get out of this story, the deeper we find ourselves in it because it is the function of the left brain to work on the law of opposition.

"Try not to be anxious and that's exactly what happens. Try not to worry and you will be flooded with anxious thoughts. And the same is true for self-improvement. The more we try to improve our story, the more the story needs to be improved. The left brain excels at these games even when it plays by pretending not to play." 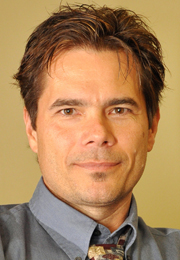 Despite its scientific nature, Niebauer said the book was written for the ordinary person who has an extraordinary curiosity for who they are, how thoughts work and why they cannot control their thoughts. The author uses examples from the lives of his children as well as favorite movies and TV shows from the 80s and 90s to illustrate points.

"Readers don't need any special knowledge of the neurosciences to understand the book," said Niebauer. "Many of its examples are easy to understand if you've seen an episode or two of 'Star Trek' or 'Seinfeld.'"

Niebauer points out in the book how "Star Trek" is a prime example of the law of opposition. In numerous episodes of both the original series and the spinoff, "Star Trek: The Next Generation," the Enterprise was often caught in some sort of trap, with the crew cranking up the engines as much as they could in order to break free. However, the more they cranked up the engines, the more entangled in the trap they would become. It was only when the engines were shut down that the ship would find its way out.

"'Star Trek' had a lot of interesting examples showing that if we try too hard, it backfires ... resulting in the opposite of the intended goal," Niebauer said. "But at the end of the day, the characters on the show weren't any different than we are today. They wanted enlightenment and desired peace. That's natural for all humans. We all want that elusive peace of mind.

"That's where the paradox comes in. I'm saying that we need to give up on seeking approval and give up on finding enlightenment. That's why I titled it, 'How to Avoid Enlightenment,' because if you're trying to be enlightened, it's going to backfire. If you can give up on this and give in to what you're doing, you'll have a much better shot of at least gaining little moments of exactly what you're looking for."