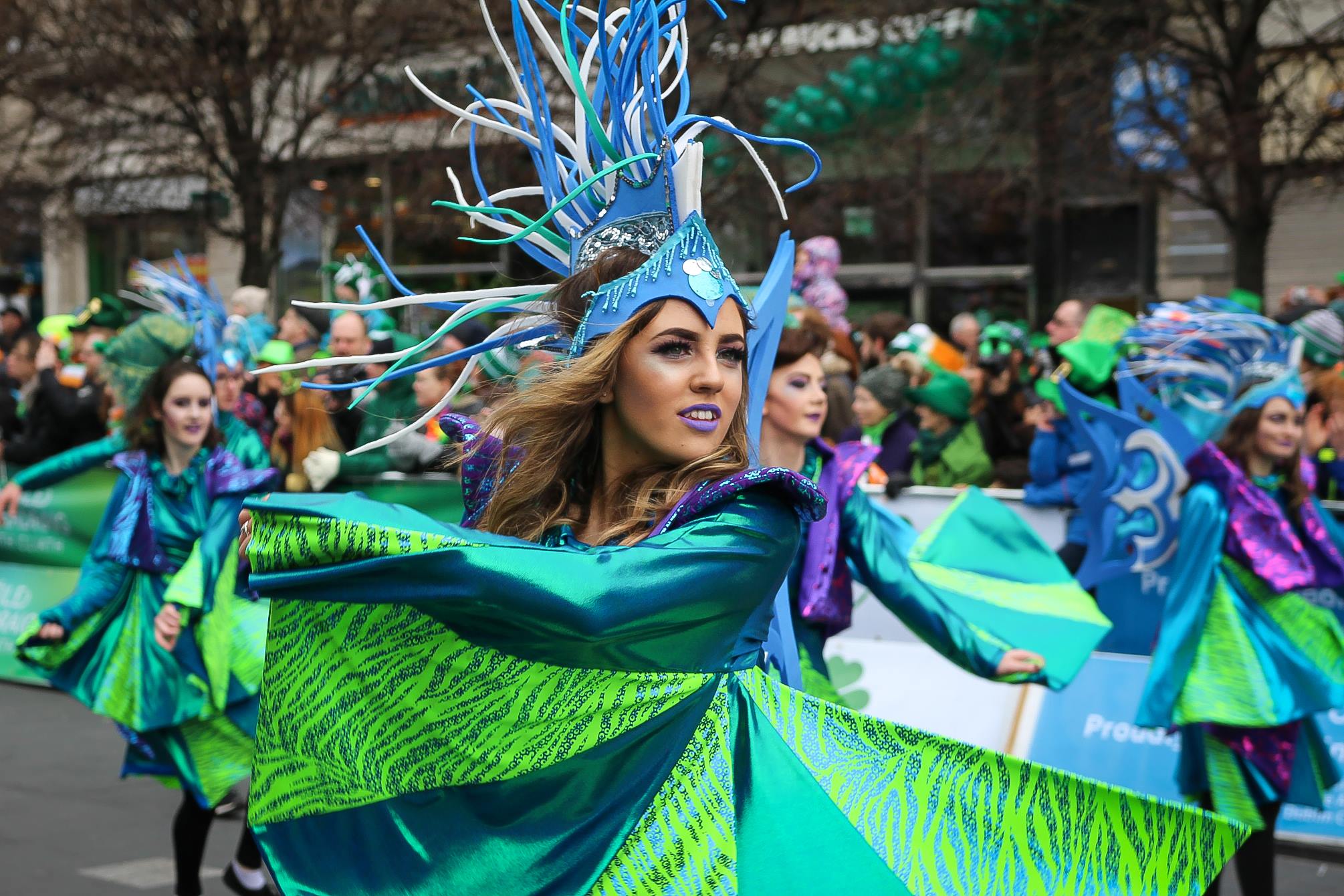 Dublin, Ireland's St. Patrick's Festival is a five-day affair of food and arts involving the finest street-theatre companies with lavish pageantry and marching bands from around the globe. Slippery Rock University's Marching Pride has been invited to take part in the 2019 event.

SLIPPERY ROCK, Pa. - As professional bucket lists go, Jonathan Helmick's is pretty concise. In fact, the Slippery Rock University assistant professor of music and director of bands has only two items he's ever needed to check off.

And in a little less than two years, he'll have cut that list in half. Barring a phone call from the Vatican, Helmick has no issues leaving that list half done.

Following an invitation from Brendan Carr, Lord Mayor of Dublin, Helmick and SRU's Marching Pride will head across "the pond" to participate in the 2019 St. Patrick's Day Parade in Ireland's capital city.

"There are two international parades that everyone wants to be involved with; one is the Official Rome New Year's Parade that is blessed by the Pope and the other is in Dublin. Right now, we're one for two and that's something not many bands can say and we're good with that," Helmick said with a laugh. 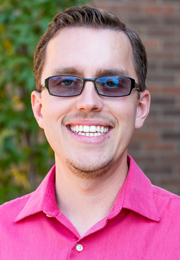 The parade is part of Dublin's St. Patrick's Festival that launched in 1996 to "develop a major annual international festival around the national holiday over which the 'owners' of the festival, the Irish people, would stand proud." It sets out to reflect the talents and achievements of the Irish people and acts as a "showcase for the manifold skills of the people of Ireland, of every age and social background."

"As the one national holiday that is celebrated in more countries around the world than any other, St. Patrick's Day is the day when everyone wants to be Irish," said Carr in a statement. "We set out to seize that opportunity, and completely transform the national and international perception of St. Patrick's Day in Dublin. This country is bursting with the kind of creative energy, ideas and enthusiasm required to do the job. Our job has been to harness them, and make our national holiday an unforgettable experience for all."

While the inaugural festival was contained to just one day, March 17, 1996, it has since grown to a five-day affair of food and arts involving Ireland's finest street-theatre companies with lavish pageantry and raucous performances, and marching bands from around the globe.

The 2017 event featured marching bands from France, Germany, Switzerland and a quintet from the U.S., including the Westchester (New York) Firefighters Emerald Society, the DeKalb (Illinois) High School Marching Barbs, the Edgewood (Indiana)

"Last year, our department chair (David Glover, associate professor of music) led me and a group of students on an overseas study abroad trip," said Helmick. "We saw the London Symphony in England, and then we went over to Ireland to see the National Concert Hall and a few other locations. I had the opportunity to take in the parade from the grand stands and speak with Lord Mayor Carr, who encouraged us to apply to participate in the 2019 festival."

Once back in western Pennsylvania, and with the support of Dan Bauer, dean, College of Liberal Arts and Philip Way, interim president, Helmick began the process of compiling the Marching Pride's application packet that included a 12-page document covering details such as when the University was founded; when the band was founded; prior significant performances; if the band would be interested in additional performance during the week if selected to participate; links to YouTube performance videos and even the band's color palate.

"I think being green and white worked in our favor," Helmick said with a smile.

"Marching bands in Europe aren't like what you see in the U.S," said Helmick. "Over there you'll see bands that are comprised of all brass, all woodwinds, even all bagpipes. That will be neat for our students to see because they are so used to what we have in this country."

What exactly Helmick will have in that "other country" in 2019 though is a bit of a wildcard.

"Figuring out exactly what the Marching Pride will be at that time is a process for sure," said Helmick. "I'm going to need to figure out how many of our current students will still be with us at that time, then as we proceed into next spring and we have incoming freshman express interest, we have to figure out what the instrumentation is going to look like; for instance, do we have more trombones than trumpets or so on and how do we feature them accordingly. That's kind of the dark horse right now ... trying to figure out which sections will have more members and how to integrate that into the music we choose to play at the festival."

To that end, Helmick is keeping his early considerations close to the vest.

"I have a couple of ideas, but I don't want to share just yet," Helmick said coyly. "What I will say though is that there's probably going to be some sort of a swing or big band flavor at some point and we'll probably end up picking two to three numbers to play along the route. One of them will be a 'regular parade sort of march' and then we'll do a feature piece in front of the grand stands for the judges and dignitaries for competition consideration.

Musical selections aside, there are other nightmare-inducing logistics looming for Helmick. Consider having to move nearly 200 people, their instruments and all that luggage from SRU to Dublin.

And then there's the associated costs of such a venture.

"We're working on fundraising right now," Helmick said. "We can't really forecast what it's going to cost because it all depends on the ratio of the dollar to the Euro, the price of gas, what happens to our economy in the coming months, etc.

"We'll be meeting soon to begin hashing out specific ideas. My goal is to do a fundraiser every other month to try and offset the costs as much as possible because ideally everyone in this ensemble earns the spot to go, so we need to make this financially feasible for all those students that have helped us get there."

Part of those "specific ideas" will involve discussing additional crowdfunding options with the Slipper Rock University Foundation, Inc. through https://raise.sru.edu/, such as the program's current "120 for 120" campaign, as well as the potential for band members to conduct direct appeals to family and friends.

"When I was an undergraduate at the University of Akron, I toured with the symphonic band and we went to Germany, the Czech Republic and Austria," said Helmick, "and in addition to the regular sorts of fundraisers - selling chocolates and whatnot - we wrote sponsorship letters to family members and that made a huge difference to our efforts and making those trips a reality.

"Above all else, I want to make sure that our students get that chance to experience this once-in-a-lifetime experience. At the end of the day, how often do you get a shot at this grand a stage and performing in front of more than 500,000 people?

"It's an opportunity they've earned and I can't wait to see it become a reality."