Vacant houses in small cities and towns and their association with crime was part of a study conducted by a Slippery Rock University professor.

SLIPPERY ROCK, Pa. — Jeffrey Roth was on vacation at North Carolina's Outer Banks when his mind became filled with questions about empty houses. As a Slippery Rock University assistant professor of criminology and criminal justice, Roth was aware of research that showed the association between vacant housing and crime, particularly in large cities. But seeing unoccupied seasonal housing in beachfront neighborhoods piqued his interest for what that means for different types of communities, not just the overall vacancy and crime rates.

"For quite a while, (researchers) have known that vacant housing has a lot of negative impacts on communities, crime being among them," Roth said. "I become curious how that might affect crime for specific kinds of vacancy, such as seasonal and rental housing, or vacancies in smaller cities and towns compared to studies conducted in larger urban areas." 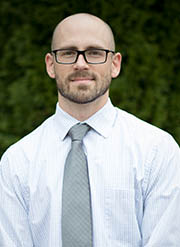 Roth conducted a study of different types of vacant housing in more than 10,000 communities with populations less than 100,000 for a study that was recently published in the peer-reviewed journal Criminal Justice Studies. In addition to studying overall vacancy rate, Roth looked at homeowner, rental and seasonal vacancy rates -- such as hunting cabins or vacation condos -- after accounting for variables that include poverty.

There was not a relationship for robberies in Roth's study. This might seem obvious in a vacant housing study because burglary is a crime against a building, such as stealing a vacant home's copper wiring, and a robbery is a crime against a person, such as taking something by force. However, Roth said it's important to consider other complicating factors when it comes to the cause and effect.

"Vacant housing could also be used as sites for other types of crime, like prostitution and drug dealing," Roth said. "But there's reason to suspect an opposite relationship where an area with a lot of crime is one that people don't particularly want to live. Therefore, you have lots of population turnover that is increasing vacancy. There are reciprocal relationships where vacancy does affect crime, but crime also tends to increase vacancy."

"The findings are partly consistent and partly contrast with some of what's been found in larger places," Roth said. "But the main takeaways are that one type of vacancy doesn't relate to all crimes the same way, and the findings suggest that the vacancy-crime relationship is different in smaller communities than in urban areas."

That's why Roth would tell municipalities not to broadly apply the research because housing vacancy is a complex problem that's specific to a community, such as one with tourists and seasonal residents, or there might be social or economic circumstances to consider, such as a relationship between a community and its police department. Resources are also an issue. For example, demolishing neglected housing is costly and communities might not be able to increase police patrols or have a full-time code enforcement officer.

"Effective responses to vacancies are going to require a range of policies," Roth said. "With that said, I think there are two responses in terms of policy implications that build on prior research. One is that local governments need to understand their specific vacancy problem and tailor their policy interventions to the unique features of their problem, because different kinds of vacancy seem to relate differently to different kinds of crime. The second thing coming out of this study is there's not a lot of research about vacancy and crime in smaller places, but this study suggests smaller places can't necessarily assume that what works in big cities will work in small towns."

SRU students have the opportunity to consider research such as Roth's in a Research Methods in Criminology and Criminal Justice class that he teaches each fall. Students learn the scientific process of criminological research and explore more deeply what people know about crime and why it occurs.

More information about criminology and criminal justice programs at SRU are available on the department's webpage.