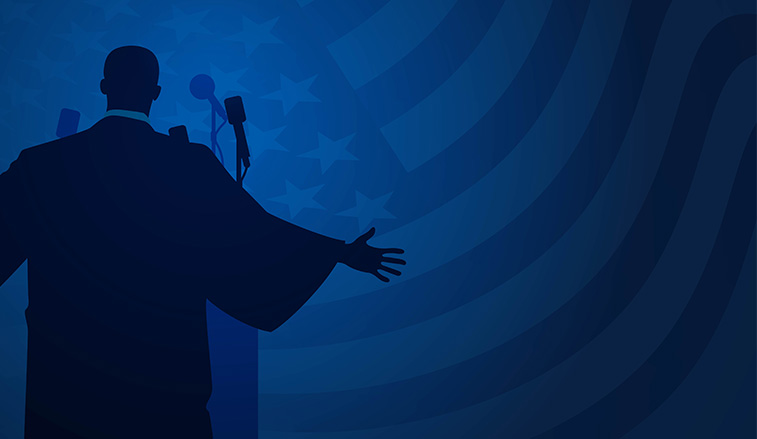 Slippery Rock University will celebrate Black History Month in February with a variety of programs under the theme “Empowered From Our Roots.”

SLIPPERY ROCK, Pa. - Black American history as a social movement is something that is deeply rooted at Slippery Rock University, with the University first recognizing Black History Week in 1970 before it became a month-long celebration in 1983. This year, the SRU Office of Inclusive Excellence is organizing the February 2018 celebration around the theme, "Empowered From Our Roots."

"You can celebrate your history, your history can empower you and you can be educated about your history," said Keshia Booker, assistant director of multicultural development, who is coordinating the Black History Month events that are sponsored by various campus departments and student organizations. "This gives a direction in ways that we can celebrate and gives us a chance to reflect on the ways history has influenced us."

As the black history movement collected momentum at SRU in the late 1970s, the television miniseries "Roots" took hold in America, with more than half the U.S. population watching at least one episode of the series that chronicled 100 years of African-American slavery and racial oppression. An estimated 140 million people watched the series that debuted in 1977, including 100 million for the finale, an unprecedented number of viewers for any type of television show according to Nielsen Media Research.

"It made TV history; that's really hard when it's about such a brutal message," said Melissa Ford, assistant professor of history, whose department will screen episodes of "Roots" for SRU students as part of its Black History Month programming. "What does it mean that Americans want to know this history? This was the 1970s and we're still struggling over these issues of race, but we want to see it, and what does that mean and how do we work through the presentation of black history to help us understand today better?"

As a newcomer to SRU, entering her second semester on the faculty, Ford offers a fresh perspective on the black history movement, especially after earning her doctorate degree in American Studies, with a specialization in black radicalism, from Saint Louis University.

"There's an argument that Black History Month shouldn't exist because black history is American history," Ford said. "People are wanting to celebrate it so we can feel better about not including it in overall American history. But Black History Month should always be celebrated because this is something that has been systematically ignored and oppressed."

Harvard-educated historian Carter Woodson started the black history movement and what is now known as Black History Month in 1926, correcting the misconception that African-Americans' only history is a slaves and not achievement. The movement became mainstream in the 1970s with shows like "Roots." Every U.S. president since 1976 has officially designated the month of February as Black History Month.

Still, even after all this time, there is still work to be done organizers say. KINGS Org., an SRU student organization advocating for African-American men, is leading an expo as part of Black History Month to call attention to its #Black87 campaign, which focuses on the lack of black history being taught in public education.

Other programming throughout the month includes a kickoff event hosted by the OIE, trivia, food tastings, dances lessons, poetry readings, musical and speaking events and more.

"We've been doing a huge spectrum of activities here from political to cultural to entertainment," said Ford, who conducted research about SRU's involvement with Black History Month. "The range of programs that has gone on at the University has been really impressive. Since (I just finished) my first semester, I'm excited to see what we are going to do next."