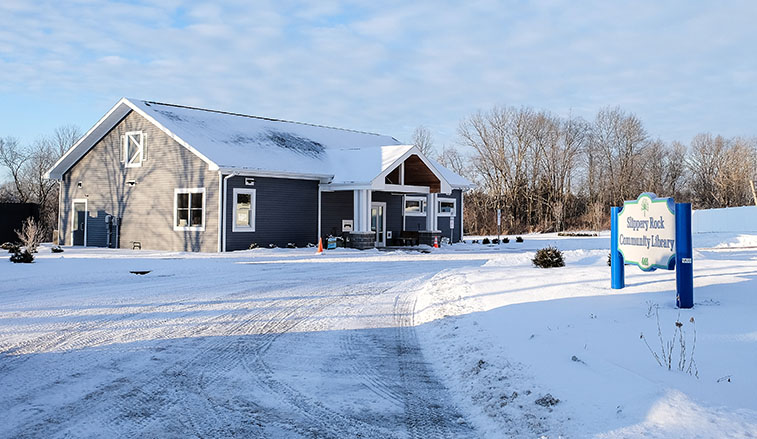 The Slippery Rock Community Library is partnering with Slippery Rock University to host a film series at its new facility on North Main Street. The first event is Jan. 30 with a showing of “Pray the Devil Back to Hell.”

SLIPPERY ROCK, Pa. -- Malick Coly was only a few days into his first semester as an instructor of modern languages and cultures at Slippery Rock University when he reached out to the local community with an idea of starting a film series. Showing movies is not a novel idea at SRU, as many student organizations and academic departments host film presentations. But Coly wanted to involve the community as well, so he approached the Slippery Rock Community Library.

"In a community like Slippery Rock, where we have a public library, I thought it would be interesting to create this space where we would have students, faculty and community members come together to discuss topics," Coly said. "I feel like the University is isolated from the community and I asked myself, 'Where do we bridge the gap?'"

The SRCL had just moved into a new building, dramatically increasing its size from a tiny, 283-square-foot "room" at the Community Park to a newly built, 2,400-square-foot facility at 465 North Main Street. 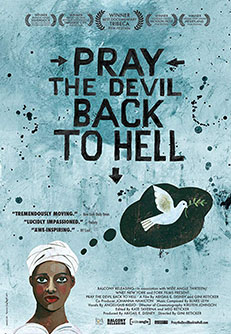 "The campus can be intimidating for people who are not students and here we have this brand new building in town," said Karen Pierce, director of SRCL. "We thought this would be a great way to bring together the different populations in Slippery Rock."

Together, Coly and Pierce came up the with SRCL Film Series, where once a month a documentary film will be showed to the public, accompanied by a guest speaker and a discussion of the film. Along with the SRCL, support for the series came from several groups at the University, including the Departments of Modern Languages and Cultures, Dance and Theatre; Interdisciplinary Programs; and the Office for Global Engagement.

The first event is 3:30 p.m., Jan. 30, at the SRCL. The 2008 documentary, "Pray the Devil Back to Hell," will be shown. It is about the social unrest in Liberia, a West African country torn apart by civil wars starting in 1989, that have left hundreds of thousands of people dead or displaced. The film, which won the Best Documentary Award at the 2008 Tribeca Film Festival, follows a coalition of Christian and Muslim women who led a grassroots, nonviolent movement to achieve peace, which ultimately led to a democratic election that elected Liberia's first female president.

The guest speaker is Constance Mulbah, a 2012 SRU graduate with a degree in public health, who fled Liberia as a child but lost her mother in the war. Mulbah came to the U.S. as a teenager and after attending SRU now lives in Pittsburgh.

"It's one of the major tragedies in the world and most of us don't know the dynamic of war in Africa," Coly said. "(We hope) this will help people understand the tragic elements by having someone who lived through it as a source to answer questions."

"We're inundated with news from around the world where violence is happening but (people might say), 'It's not happening to me,'" Pierce said. "Having someone who was there and lived through it and suffered from it, that provides a realness to it. It leads to a better understanding and empathy. You now have a name and a face to go with the story."

Coly helped select the topic for the first film in the series, but future selections will be determined by input from the community through online polls distributed by the SRCL to their patrons. Future dates and times have not been determined but plans call for at least one event per month through April.

Admission to the events are free. To learn more about the events, contact the SRCL at 724.738.9179 or visit the library's Facebook page.