Americans taking less time away from work despite variety of benefits 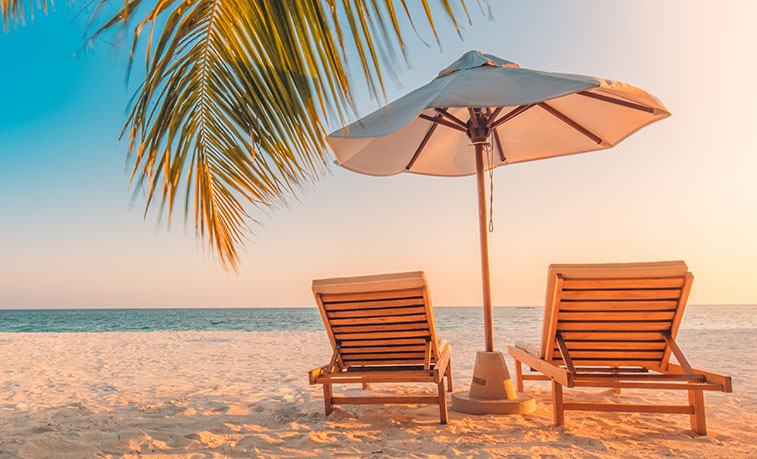 National Plan For Vacation Day is today, Jan. 28, and although fewer Americans are actually taking time off work, experts hope employees will change their ways.

SLIPPERY ROCK, Pa. — Today is National Plan for Vacation Day and if you are one of the more than half of those Americans who left days on the table last year, experts want you to rethink your ways.

A number of studies have shown that taking time away from the job can have physical and psychological health benefits. People who take vacations have lower stress, less risk of heart disease, a better outlook on life and more motivation to achieve goals.

Yet despite these obvious benefits, according to research by the U. S. Travel Association, a nonprofit organization that supports the travel industry, more than half of Americans didn't use all their paid-time off in 2018 and a quarter of all paid-time off days went unused.

"Unsurprisingly, individuals that skip vacations suffer from being overworked, overwhelmed and overwrought," says Lolly Daskal, president and CEO of Lead From Within, a proprietary leadership program engineered to be a catalyst for leaders who want to enhance performance and make a meaningful difference in their companies, their lives, and the world. "Even among those who actually do go on vacation, three in five admitted to doing some work. A quarter were contacted by a coworker while they were on vacation, and 20 percent were contacted by their supervisor about a work-related issue."

According to a Gallup study, people who "always make time for regular trips" had a 68.4 score on the Gallup-Heathway's Well-Being Index, in comparison to a 51.4 Well-Being score for less frequent travelers. One study found that three days after vacation, subjects' physical complaints, quality of sleep, and mood had improved as compared to before vacation. These gains were still present five weeks later, especially in those who had more personal time and overall satisfaction during their vacation.

That's a message Marcia Kotek, benefits and transactions manager in Slippery Rock University's Human Resources Office, hopes employees hear. "We want mentally healthy employees because well-rested employees are more productive," Kotek said. "Everyone needs a break and we are lucky to have generous leave benefits that are there for employees to use."

Paid-time off varies for SRU staff depending on labor agreements and the number of years of service, but Kotek said on average, staff people receive about 20 days off per year. Among SRU's 475 staff employees, there were 492 unused vacation days in 2019 that rolled over to 2020 because the employees have exceeded the allowable balance of 45 days. If left unused, those days will be converted to sick leave after April 10.

According to U.S. Travel Association surveys, people provide many reasons for not taking time off: that there's always more work to be done; the pressure to meet goals can be intense; it will create more work for others; and they don't relish facing an unbearable pile up when they return. However, experts say taking time off may be the absolute best thing you can do for yourself and your job.

"There has been a trend toward Americans taking shorter vacations and three-day weekends, which still helps the tourism industry thrive," said Jim Dombrosky, SRU assistant professor of hospitality, event management and tourism. Dombrosky worked as a marketing manager for a touring company before becoming a professor. "You also have travelers from Europe who would take 10 days to two weeks off, but Americans usually take one week maximum."

Dombrosky said that tourism is often mistaken as a dying industry because brick-and-mortar travel agencies have gone away, but online booking companies like Travelocity, Expedia and Orbitz are the new intermediaries and now travel agents work remotely. Also, jobs are plentiful for graduates working for tourism promotion agencies, convention and visitors' bureaus, cruise lines, the entertainment industry and hotels and resorts.

"Tourism is a dynamic industry," Dombrosky said. "In previous generations, a lot of middle-class families didn't go on vacations. Now, it's almost to the point where there are some popular places that are trying to cut back on tourism and put more emphasis on sustainability because of overcrowding."

Dombrosky, who teaches a 400-level class called Challenges and Trends in Hospitality and Tourism, will often have tourism professionals speak to his classes. For example, this semester Marcy Dinkfelt, a district sales manager for the Walt Disney Company who is based in western Pennsylvania, will be a featured speaker.

According to the Pennsylvania Department of Economic and Community Development, Pennsylvania's travel industry generates more than $43.3 billion annually from visitor spending and supports more than half a million jobs. Each year, Pennsylvania hosts more than 204 million travelers from across the United States, nearly 1.3 million visitors from Canada, and 1 million from overseas markets. Almost 10 million travelers visit the state's national park sites alone each year, and their spending and that of all visitors contribute significantly to the state' economy.

So tonight, instead of just sitting in front of the TV, take some time to plan for your next vacation. It will be good for your heart, soul and the economy.

To learn more about leave accrual and time off for employees in Pennsylvania's State System of Higher Education, click here.