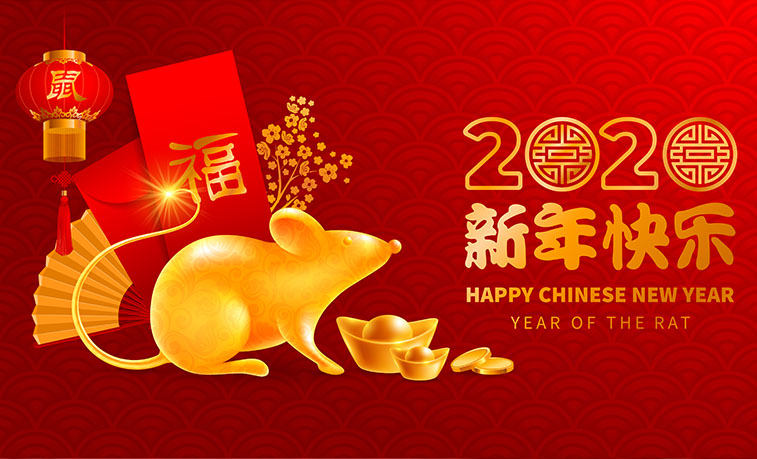 SLIPPERY ROCK, Pa. — The calendar may read "February" but Slippery Rock University will still be ringing in the new year - the Chinese New Year, that is - with its annual celebration, 10:30 a.m. to 2 p.m., Feb. 15 at the Slippery Rock Township Municipal Building.

The event is sponsored by the College of Health, Engineering and Science and the Asian Studies program. Organizers of the event include the Chinese Culture Association and Chinese Club at SRU.

Chinese New Year, a more than 4,000-year-old tradition that observes the start of the new lunar year, is also known as the "Spring Festival" in modern mainland China and is celebrated at the turn of the traditional lunisolar Chinese calendar. This year that turn occurred Jan. 25 while the festival continued through Feb. 8.

The centuries-old holiday is associated with several myths and customs. Traditionally, it was a time to honor deities as well as ancestors, while also serving as a time to reconnect with family and friends, enjoy traditional games, music and food, launch fireworks and take a break from work and responsibility.

"This is one of the biggest, if not the biggest, traditional holiday in mainland China. It is an important time for communities and families to come together," said Wei Bian, an associate professor of physical and health education and president of the CCA.

Bian, along with other members of the CCA and Chinese Club, are excited to host SRU's celebration and share their culture and a piece of home with the community. This year's event marks the 12th time the CCA has hosted a celebration.

"Every year, we not only attract a lot of students, but also faculty, staff and community members," said Bian. "Sometimes, we even have attendees from outside of Slippery Rock because their own area doesn't have an event like this. It really brings together the Chinese faculty and community, especially as there are not that many of us, and helps to create a better awareness of Chinese culture through both educational opportunities and new experiences."

2020 is the Year of the Rat, the first animal in the Chinese zodiac. According to Chinese legend, on the day of the Jade Emperor's party, 12 animals would be assigned a calendar sign. The rat would wake up very early to get to the party first, though, the ox was much quicker. To not fall behind, he would make the ox carry him in exchange for a song. Forgetting about the rat on this back, the ox believed he was the first animal, but the rat would slide in front of him, making the rat the first animal to be assigned.

In Chinese culture, the rat represents both great vitality, because of its strong reproductive capacity with a high survival rate, and intelligence, because of adaptability and being quick-witted.

The event will include a buffet-style Chinese lunch, interactive games, trivia, song and dance. Among the dance routines will be the Lion Dance, which is a form of traditional dance in Chinese culture and other Asian countries that sees performers, dressed in a lion costume, mimic the animal's movements to bring good luck and fortune.

The event is free and open to the public.