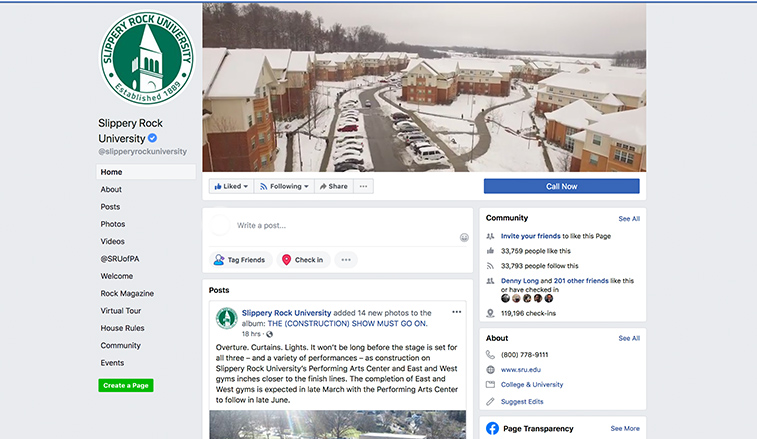 Facebook was launched Feb. 4, 2004, and during the last 16 years it has changed the way people communicate and market their businesses, making it an essential tool discussed in Slippery Rock University’s Social Media class.

SLIPPERY ROCK, Pa. — More than 1.6 billion people log on to Facebook each day to rant about any variety of topics, congratulate one another, share recipes or send a "shout out" to long lost friends. Today, Feb. 4, Facebookers can send a birthday wish to the social media platform itself as it turns "Sweet 16." A lot has happened in the last 16 years since Mark Zuckerberg, then a Harvard University sophomore, founded "The Facebook" as a networking website for his classmates.

"Facebook itself has almost become bigger than the internet," said Nazmul Rony, a Slippery Rock University assistant professor of communication. "They've diversified. Now it's more of a marketing and advertising platform for businesses. Facebook still wants you to use it for connecting with friends and family, but now you can conduct transactions right in the platform. It's become a place to set up your personal marketplace to buy and sell things."

While anyone can join Facebook the social media platform for free, Facebook the technology company is worth an estimated $630 billion. Does that mean users are on the hook for some sort of unknown payment?

"The cost is your attention and time," said Rony, who is teaching two sections of a 300-level Social Media course at SRU this semester. "People who are regular Facebook users invest about 35 to 45 minutes a day. That's a lot if you convert that into dollar amounts (for advertisers targeting consumers). Facebook has made it even more essential for the people who think they have to be on it to check notifications and do certain things because their friends are checking what they're doing. It's become a social phenomenon that we cannot ignore."

Rony acknowledged that Facebook has seen a decline in users in recent years. According to Edison Research, 61% of the U.S. population used Facebook in 2019, down from 67% two years earlier. The biggest drop during that span were Americans ages 12-34, which decreased from 79% to 62%. Younger people are using competing platforms like Snapchat, which Facebook attempted to buy in 2013 for $3 billion. Last year, Snapchat reported that 90% of Americans ages 13-24 are using its platform, which is billed as "anti-Facebook" with ephemeral video snippets and fewer people from older generations.

"For the younger generation, Facebook is boring because of its longer content and it's not quick like TikTok and Snapchat, which they use for a minute or two, then leave and then come back again later," Rony said. "But for the people who have been steady Facebook users, they want to maintain their presence and stay connected to friends and family because that gives them gratification; it's kind of an addiction." 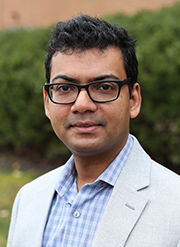 Rony said he doesn't see any immediate threats to Facebook despite competing platforms and controversies, such as negative political ads, because Facebook is able to adapt, like when it purchased other services like Instagram, a photo-sharing platform, and WhatsApp, an instant messaging service. There's also Facebook's dominant market share: it accounts for more than half of all social media visits in the U.S.

"There are things that might slow down its growth, but Facebook is so huge and it has established such a large network, that it can continue to diversify," said Rony, who pointed to Facebook's exploration into artificial intelligence and augmented reality.

As part of Rony's Social Media class, he has students develop social media campaigns and strategies for fictitious businesses, which is important because eMarketer reports that 87% U.S. businesses will use Facebook for marketing.

"They create and manage the content like professionals would do and they build a content calendar," Rony said. "We also have activities on how to gather and analyze social media data for a business, incorporating search engine marketing and search engine optimization."

Despite its humble beginnings, Facebook has come a long way in 16 years, but Zuckerberg remains steadfast to the platform's original mission to "give people the power to build community and bring the world closer together."

"He has been building community and creating this global network, but now when you compare Facebook from the present to the past, it is completely different from where it began," Rony said. "It's more than just a networking tool; it's an outlet for marketing, publicity, advertising, news and so much more."