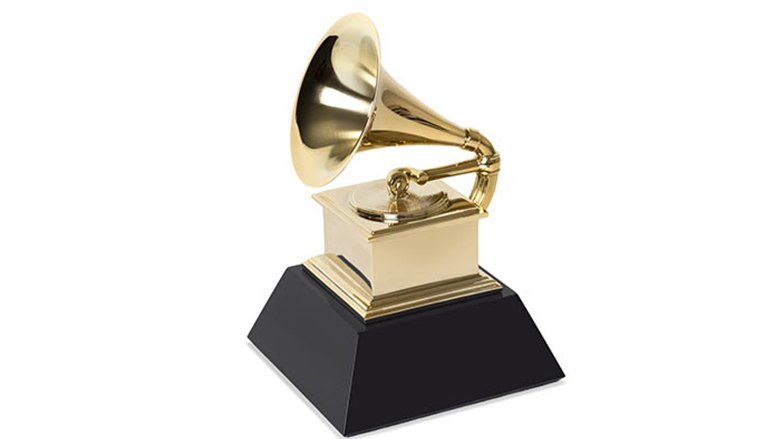 Chad Winkler, a Slippery Rock University instructor of music and member of the Pittsburgh Symphony Orchestra, was featured on the PSO’s Grammy-winning recording of “Shostakovich: Symphony No. 5; Barber: Adagio.”

SLIPPERY ROCK, Pa. - If his being a member of the Pittsburgh Symphony Orchestra for the last 10 years has been a "life changing" experience for Chad Winkler, it's almost hard to imagine how he feels now that he's a Grammy winner. 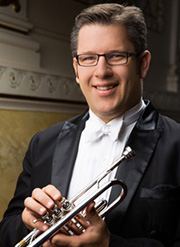 Winkler, a Slippery Rock University instructor of music and PSO trumpeter, celebrated along with the rest of the orchestra when it captured the Grammy award for best orchestral performance for its recordings of "Shostakovich: Symphony No. 5; Barber: Adagio" Jan. 28.

"Having a chair with this orchestra and being a member of such a group, in addition to being a fan, has been a dream come true," said Winkler. "I am incredibly excited to be part of such a special recording that was so highly thought of, it earned music's highest honor."

Winkler, who joined the PSO in 2008 as fourth/utility trumpet, has performed in more than 1,000 concerts during his tenure with the orchestra. Prior to his time with the PSO, Winkler also performed with the Wheeling (West Virginia) Symphony, the West Virginia Symphony and the Erie Philharmonic. He has performed with the Honolulu, Hawaii; Louisville, Kentucky; and Jacksonville, Florida orchestras in addition to serving as acting principal trumpet with the Pittsburgh Ballet and Pittsburgh Opera orchestras.

"I try to bring the same intensity and dedication to my studio at the University every week that I do when I step on stage at Heinz Hall," said Winkler. "And as an instructor, there isn't any other way to be because the students are what make it all worth it. I love being able to assist them in building their musical careers and to be able to get the best from them, I need to give the best I have."