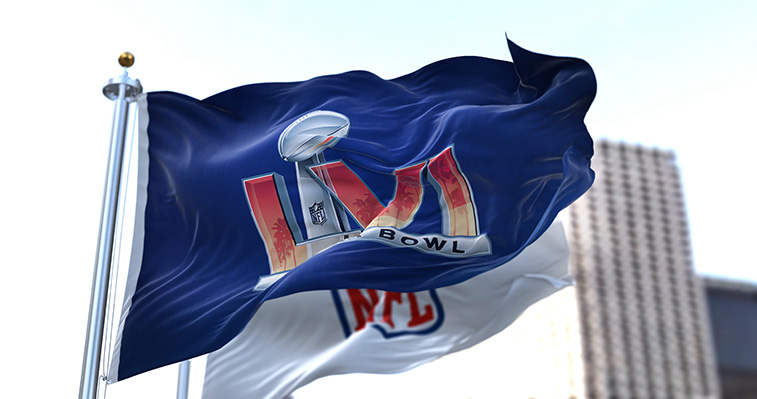 The Super Bowl is one the largest events on the sports calendar and a Slippery Rock University sport management professor, who has worked at six of them since 2014, shares her experience and thoughts on the big game.

SLIPPERY ROCK, Pa. — The Super Bowl is a big deal in America. Super Bowl Sunday has become an unofficial holiday when people gather around televisions to watch the culminating football game of the NFL's season. It's so popular that it is often used as a metaphor for which other competitions and marquee events are measured, as in "the Super Bowl of chili cook-offs," but only in private conversation, as to not violate NFL trademarks.

"The Super Bowl is the largest major sporting event in this country," said Robertha Abney, a Slippery Rock University associate professor of sport management. "It is a cultural phenomenon and certainly a marketing phenomenon." 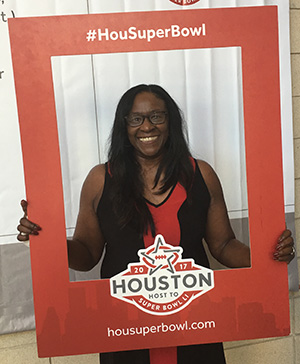 Abney was in Phoenix, Arizona, in the week leading up to the 2015 game between the New England Patriots and the Seattle Seahawks, but she didn't stay to see the Patriots win. After all, she had to return to SRU to teach classes the next day. Abney was there, like she was for six Super Bowls from 2014-20, to volunteer with the Super Bowl Host Committee in each city.

"I have an interest to not only learn but experience what actually goes on behind the scenes at a major sporting event since we are always talking about it within our department," Abney said. "That way, I can return and share that information or convey those experiences with my students."

Abney performed many tasks in her role, but overall, she described what she does as customer service and being an ambassador for the host city and the NFL. She worked at the team hotels and at the host city's headquarters, distributing credentials and information to fans, media and business partners attending the events leading up to the game.

"There are so many different things going on behind the scenes; it is a major production," Abney said. "A lot of people are unaware of the week of activities that occur prior to the game. We always tell our students about how in this industry you have to expect long hours and to have a strong work ethic. And you see evidence of that when working these events."

Abney said she shared her experiences with students in classes such as Introduction to Sport Management and encouraged students to get involved with other sporting events that happen locally to prepare them for larger scale event participation in the future. But no other event can quite rival that of the Super Bowl.

"The Super Bowl is the ultimate (event) for most individuals who work in the industry," Abney said.

More than one SRU student has done just that. Zachary Fincher, a 2021 SRU graduate with a degree in sport management, worked last year's Super Bowl LV Experience in Tampa, Florida. For nine days leading up to the Super Bowl, Fincher worked as a command center dispatcher for Whelan Event Services. Hosted by the NFL and the Super Bowl LV Host Committee, the Super Bowl Experience is an interactive football theme park to entertain fans and visitors.

Abney has not worked at Super Bowl since 2020 because of travel and safety limitations resulting from the COVID-19 pandemic, something that has impacted the overall trajectory of the game's popularity and the ability for people to gather to watch the game, either at parties or at restaurants.

"The Super Bowl has experienced some negative impact as a result of the pandemic and we are seeing some of that certainly with some of the most recent issues and concerns with reference to viewership," Abney said. "But some of that has to do with technology and the use of social media and different platforms that are available and how people consume the game."

Last year, the Super Bowl attracted 96.4 million viewers, the lowest in a decade, and that included the internet streaming audience. However, advertisers are still recognizing the value of the live, captive audience that sports programming provides. This year, a 30-second ad costs a record $6.5 million.

"In recent years, the advertising has started to level off but the companies are still paying," Abney said. "The advertisers are adjusting to other ways to engage fans, whether that's using social media or Google Real-Time ads which gives brands an opportunity to anticipate and react to the consumers in the moment (instead of traditional television commercials).

"There are many factors right now that affect the game’s popularity, including the NFL’s position with reference to political issues, social justice issues and alleged discrimination issues."