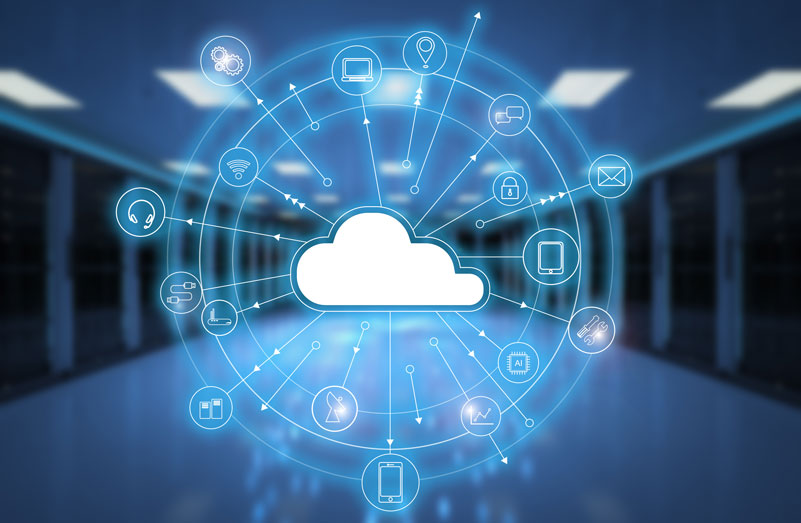 SLIPPERY ROCK, Pa. -- A significant infrastructure upgrade took place at Slippery Rock University last month. It wasn't a building renovation or enhanced computer software but rather where University data are stored and processed. SRU switched its student information systems and other enterprise systems from being stored on campus hardware to remote networks, known as "the cloud."

"Moving to the cloud results in a new definition of our data center because it reduces the volume of equipment and processes that are run on campus," said John Ziegler, associate provost of information and administrative technology services. "We took all the data that affect students, such as transcripts, processing financial aid and scheduling courses - basically everything except an actual class - and moved it onto the cloud."

SRU is the first university in Pennsylvania's State System of Higher Education to have its student information system completely operated from the cloud.

Ziegler said that there are several benefits to the move, from cost savings to increased processing speeds, but the most important is security.

"We've been gradually getting a lot of our systems, like email, off campus, so in case there is a disaster that damages the physical data center in Maltby Hall, the University can still operate and students, faculty and staff can access information," Ziegler said. "It's a more secure and sustainable process to operate from the cloud and allows us to rely on more advanced security measures from third party partners, rather than monitoring it on our own."

SRU has multiple cloud providers, including Microsoft for email, but the recent migration took place Jan. 17-20 when the student information system, known as Banner, was moved to a cloud network provided by Oracle. The IATS staff made more than 300 configuration changes and transferred more than a terabyte of data to the cloud.

"Our goal was for people to not even notice that it happened," said Henry Magusiak, director of enterprise technologies. "There weren't many changes to the applications, but everything that makes it work, we had to reconfigure to put it onto the cloud."

What the SRU community can expect to notice is faster loading speeds for processing data when connected to the campus network or retrieving information from an SRU system from off-campus. IATS officials said performance has increased by more than 30%, and there is more than 10 times as much bandwidth capability freed up thanks to the switch to the cloud. For example, if someone were to download a large data set to their computer from a campus system, a job that previously took seven minutes could now take less than a minute.

"This wasn't about fixing a problem; this is about taking the campus into the future with a strategic move," Magusiak said. "We're going to be in a much better position strategically over the next five to 10 years. This change allows our staff to be more involved in projects that will bring more technologies to the students as opposed to all the hours we spend trying to manage equipment or hardware issues."

The cost savings are also significant, as on-campus hardware for computing systems costs an estimated $600,000 and needs replacing approximately every five years. When figuring in the costs of licensing and labor to maintain hardware on campus, the cloud switch will allow SRU to reduce costs by more than 50%, a savings of about $1.6 million, over the next five years.

"Instead of investing in hardware that could be obsolete in a few years, we decided to go to a cloud subscription and add or delete as needed," Ziegler said. "The cloud provides us much better flexibility to scale up and down, so if we need more processors, they are just a click away."

"Our staff in IATS does a great job planning, understanding what's going on, thinking about the future and all the things to create a good user experience for the students, faculty and staff," Ziegler said. "This whole project really speaks to the capabilities of our staff and the caliber of people working here. They are a very professional group who were able to pull off a large transition in a short amount of time. Even the people at Oracle noted that we had an aggressive timeframe and were able to pull it off."