Slippery Rock University is piloting a workshop for students from the Slippery Rock Area School District to learn computer programming, April 14-May 5.

SLIPPERY ROCK, Pa. - There is a computer skills gap in public schools and Slippery Rock University is committed to doing something about it - and making it fun for students in the process. 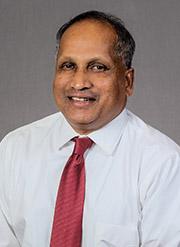 SRU is piloting a set of computer programming workshops for students in the Slippery Rock Area School District that organizers expect will expand to other local schools and include other disciplines in the fields of science, technology, engineering and math. Named the "SRU Advance Institute for STEM Workshops," the initial offering includes four workshops, with four sessions each, for students in grades 2-12 at SRASD, April 14-May 5, taught by SRU computer science faculty.

Computer programming is an excellent area for the initial workshops, organizers say, because, according to the website www.code.org, computing occupations are the No. 1 source of all new wages in the U.S. and and they make up more than half of all projected new jobs in STEM fields. However, only 40 percent of U.S. public schools are teaching computer programming and only 26 percent of schools in Pennsylvania offer an advanced-placement computer science course.

"We can help school districts in our area keep up with all the technology that students are going to face," said Sam Thangiah, SRU professor of computer science, who is leading the efforts by partnering with SRASD Superintendent Alfonso Angelucci. "We can introduce kids to technology because it's going to be such a big part of their lives and prepare them for the real world, for a better education and also to compete for jobs."

According to code.org, Pennsylvania currently has 17,213 open computing jobs, 3.1 times the state's average demand for other professions. The average annual salary for computing occupations in the state is $85,654, significantly higher than the Pennsylvania average of $47,540 for all occupations.

"Schools have not moved fast enough to keep up with the coding," Thangiah said. "(The workshops are) a way to get students excited and interested in technology and not have them left out."

Thangiah's office is a demonstration site for how technology impacts day-to-day living: a houseplant in the window has sensors that signal alerts when it needs water and a garbage can has a lid that lifts when motion is detected above it. Both of these items were designed by SRU students in a 100-level, Introductory Programming course, some of whom are majoring in fields outside of computer science. Thangiah also showed off a game on his computer with an animated cat that performs tasks when lines of code that look like Lego blocks are stacked on the screen.

"The thing about computer science, you have to make if fun," Thangiah said. "I don't want kids to think they are going to be sitting in front of a computer for eight hours a day. It's not just teaching them how to program but showing them the fun part of it and what you can do with programming."

Thangiah and Abdullah Wahbeh, assistant professor of computer science, will instruct the Scratch and Lego Programming workshop, which will introduce students in grades 2-5 to aspects of coding through interactive stories, games and animations.

Nitin Sukhija, assistant professor of computer science, and Bernie Zhou, associate professor of computer science, will teach the Raspberry Pi Computer Programming workshop for students in grades 9-12, where they will explore ways to use the hardware, software and applications of Raspberry Pi, a single-board computer the size of a credit card. Raspberry Pi computers, which cost $25-35, are used to program solutions such as the houseplant and garbage can lid detectors that SRU students created in Thangiah's Introductory Programming course.

The other two workshops, 3D Modeling Using SketchUp Tool and Python Programming, are both for students in grades 6-8. Raed Seetan, assistant professor of computer science, and Deborah Whitfield, professor of computer science, will teach students how to create their own three-dimensional, printable model using Google SketchUp software. Seetan and Wahbeh will also teach Python, a programming language where students can create guess-the-number games and other simple calculator programs to learn concepts such as variables, selection, loops and functions.

The four main concepts Thangiah wants students across all the workshops to learn are coding, robotics, data visualization and programming computer hardware.

Space for each workshop is limited to 20 SRASD students. The registration deadline is March 26. The hour-long sessions will be either 11 a.m. to noon or 12:15-1:15 p.m., April 14, 21 and 28 and May 5 at SRU. Registration is $50 per student to cover workshop materials and other operational expenses. Students from low-income families are eligible to attend for free and all remaining proceeds will be donated back to a fund to support local schools' free and reduced lunch programs.

The SRU Office of Community-Engaged Learning is funding the SRU Advance Institute for STEM Workshops with a $950 grant.

For more information about the SRU Advance Institute for STEM Workshops, contact Thangiah at sam.thangiah@sru.edu or 724.738.2141.