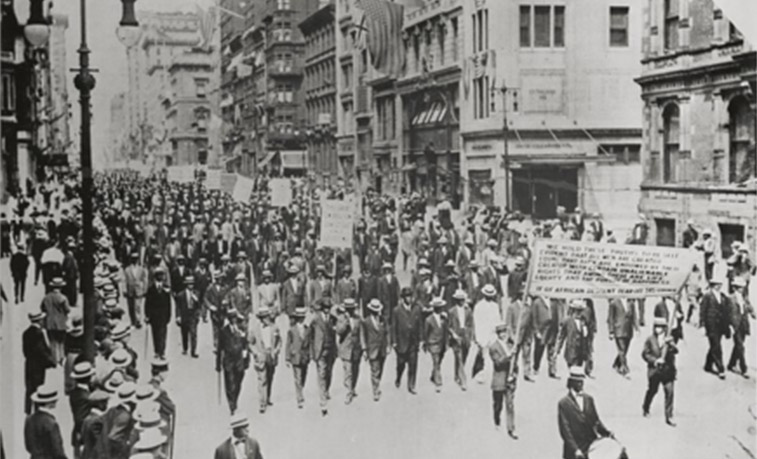 A silent parade protest march in New York City took place after the East St. Louis Massacre of 1917. Details of the massacre were detailed in an essay written by a Slippery Rock University student for the SRU History Department’s Black History Matters journal.

Boeving-Learned, a senior Slippery Rock University criminology and criminal justice major from Jackson Center, served 25 years with the Tampa Police Department in Florida. Upon returning to her native western Pennsylvania, Boeving-Learned decided to finish her degree at SRU that she started in 1980, but she also felt a calling to help bridge the social gap between law enforcement and African American communities in the U.S.

Boeving-Learned is among 10 SRU students who wrote essays for a new journal produced by the SRU History Department titled "Black History Matters." Released in February 2021 to celebrate Black History Month, the journal is comprised of student essays written during the 2019-20 academic year as assignments for three SRU history classes related to Black history.

The research and writing process for the project was transformative for many of the participants, but particularly for Boeving-Learned.

"I'm interested in telling these stories more honestly and authentically so that people can really learn from history," Boeving-Learned said. "With everything that's going on in our country with law enforcement at the intersection with race, I wish I had known a lot of this history before, when I was a young officer." 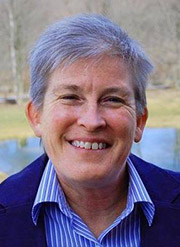 As a street officer working the midnight shift in some of Tampa's predominantly African American neighborhoods, Boeving-Learned encountered resentment toward police officers.

"I actually wanted to explore this event further because I had never heard of it before and it shocked me," Boeving-Learned said. "This is American history and a lot of these things are pushed to the side or swept under the rug and forgotten. I drew a direct correlation between a lot of the things that have happened in the last few years with policing and Black communities (and what happened those 100-some years ago). It just shows me that not a lot has changed and I think that's because we're not being honest about our history. We can't learn from history if we're not honest about it."

Other topics in the Black History Matters journal include the Tulsa race massacre, slavery in Pennsylvania, the effects of sexually objectifying Black women and an essay about Black cowboys. As the editor of the journal, Ford selected the essays from students in three classes: African American History Since 1876, The Historian's Craft and The American Civil War.

"I teach African American history classes where students write amazing essays on Black history and I thought it was a shame that I was the only one who got to read them," Ford said. "I realized I could put together some outstanding ones to share with the community and make this an annual publication."

"Some of the BAS's initial demands were to create history courses at SRU about Black history," Ford said. "These classes and others came out of this moment in 1971. This is a great way to celebrate this anniversary by highlighting some of our students' great work."

As for Boeving-Learned, completing her degree at SRU has become more than a personal fulfillment. She is now inspired to write more about law enforcement and race relations.

"I hope to continue writing and, even if it's in a small way, help bridge this gap between policing and race issues in our nation," Boeving-Learned said. "I know it sounds kind of lofty, but I think as a former police officer that I can bring a useful perspective to the conversation."