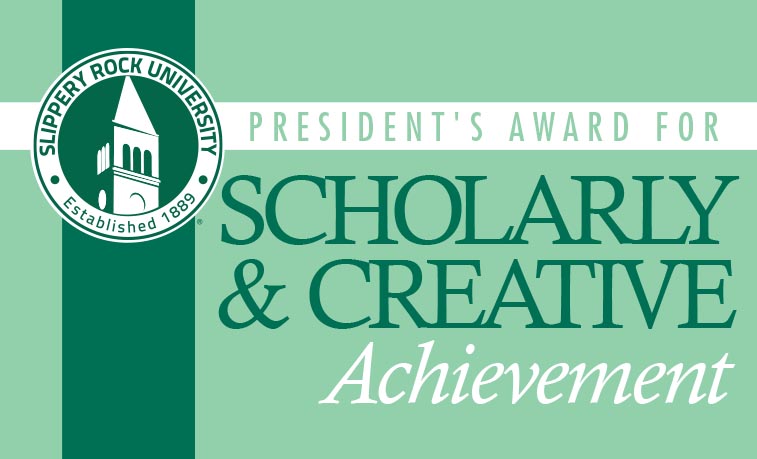 The 2021 Slippery Rock University President's Award for Scholarly and Creative Achievement is an award that recognizes works from the SRU community that were published, presented, developed or performed in the last three years.

SLIPPERY ROCK, Pa. — Thomas Pearcy is a professor of history at Slippery Rock University, but in the Central American country of Panama, the title of "intellectual ambassador" would perhaps be more fitting. Spanning more than three decades, Pearcy has become one of the leading U.S. historians in Panama. He went from consulting the U.S. State Department on educational materials for Panamanians about U.S.-Central American relations, to having a government-run university in Panama commission him to write a book in Spanish about the topic for its curriculum.

"There was a lot of antipathy toward the United States in Central America because of the wars there," Pearcy said. "They were reading literature that was very anti-American. I've had incredible opportunities to fill the void and to put into the Spanish language a book that was not a political diatribe or whitewashing, but rather a book that accurately tells the story of U.S. history and U.S. relations with Central America."

That book, "Estados Unidos y Centroamérica: El Impacto de a Guerra Fría an la Region," published in 2018, earned Pearcy the 2021 SRU President's Award for Scholarly and Creative Achievement. The annual award recognizes works from the SRU community that were published, presented, developed or performed in the last three years.

"This book and my role as an author are unique in Latin America because these countries are dealing with financial, cultural, linguistic and racial barriers," Pearcy said. "In countries like Panama and Nicaragua, they study the history of the United States, but only in their terms. It's almost part of their civic nationalism. Panamanians understandably take tremendous pride in their nation's history, so approaching me to write this book is unique because I have a relationship with the nation of Panama." 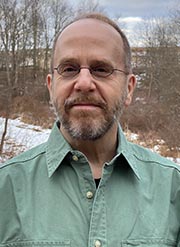 Pearcy lived in Panama in the early 1980s, and since returning to the U.S. he's traveled there nearly a dozen times and has served as an adjunct professor at UP. Pearcy was one of four U.S. historians invited to contribute essays to the "General History of Panama" and the "New General History of Panama." The latter, published in 2019, is considered the most complete collection of historical writings ever compiled in the country's history. He's also conducted various seminars and lectures in Panama and Nicaragua, including a seminar on behalf of the U.S. State Department in the 1980s that was attended by Nicaragua's communist party officials and soldiers.

For his latest book, Pearcy consulted Panamanian historians and literature from the country's libraries to continue developing a greater sense of the public sentiment and U.S. relations. Pearcy focused on the Cold War because in the decades following World War II, tens of thousands of U.S. troops were stationed in the area around the Panama Canal, which the U.S. occupied from 1904-77 and jointly with the Panamanian government until 1999.

"The Cold War is vital to the understanding of Panama and all of Central America," Pearcy said. "That was the chronological springboard because the Cold War fundamentally changed the relationship between Panama and the United States. (Panamanians) think of Yankee imperialism and the U.S. invasion of Panama in 1989 and all of these things that turned their world upside down. I use the Cold War as a mechanism. It's my vehicle. I take a Panamanian student on a ride to understand what was going on in the U.S. and in the surrounding countries in Central America."

Pearcy's work is well-received by Panamanian scholars for its different point of view while still understanding the Panamanian perspective. History professors from UP wrote in their letters of recommendation for the SRU President's Award that Pearcy's book is "highly valued in Panamanian historiography" and that "if we want a greater understanding between the peoples of the United States and Latin America, this is the way." They also said that students appreciate the entertaining and understandable way that Pearcy presents the historical factors that determine the reality and current challenges in the region.

Pearcy, a faculty member at SRU since 1998, considers the President's Award a tremendous honor.

"I like the way that SRU and the State System of Higher Education support teaching scholars," Pearcy said. "I'm chagrined by the attention, but I'm grateful for the honor and the support."

Pearcy and other recipients of President's Awards will be recognized March 23 at a virtual honors assembly.

More information about the SRU President's Awards is available on the SRU website.