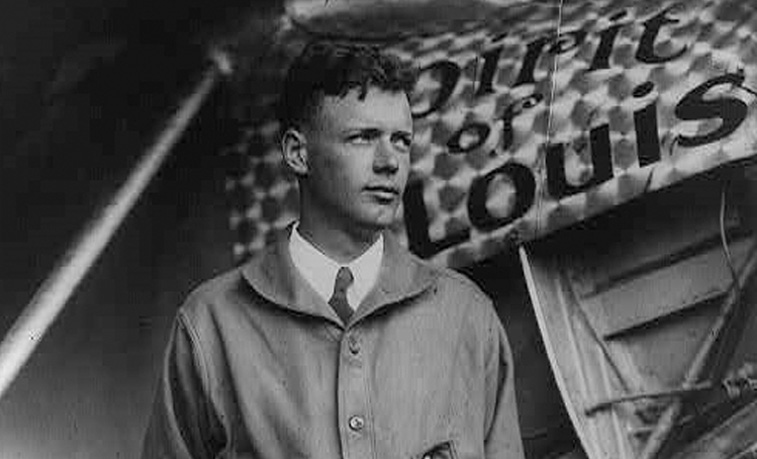 American aviation hero Charles Lindbergh was married to Anne Morrow, the granddaughter of Slippery Rock University’s first president. The kidnapping of their 20-month-old son became national news on this date, March 1, in 1932.

SLIPPERY ROCK, Pa. - Long before social media and even before Americans watched television to follow the news, a crime captured the attention of the entire nation, and it involved a famous family with a loose tie to what is now Slippery Rock University. On this date, March 1, in 1932, Charles Augustus Lindbergh Jr., the 20-month-old son of American aviation hero Charles Lindbergh, was kidnapped from the family's mansion in Hopewell, New Jersey.

Lindbergh's wife, and mother of the baby, was Anne Morrow-Lindbergh, whose grandfather was James Morrow, the first president of SRU, which was founded in 1889 as Slippery Rock Normal School.

"(The kidnapping) was national news and people in Slippery Rock were even more shocked because they knew Anne as being the granddaughter of James Morrow," said Bob Watson, '70, a retired SRU administrator whose great grandfather was one of the original stockholders and developers of Slippery Rock Normal School. "People weren't kidnapped in the 1930s; it was unheard of." 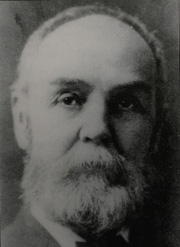 Charles Lindbergh piloted the first solo flight across the Atlantic Ocean in 1927, but the kidnapping of his son was considered the "Crime of the Century" at the time and was called "the biggest story since the Resurrection," by journalist H.L. Mencken.

"That was huge because of the fact that it happened to the family of an international hero ... and to top that off there was a tie to Slippery Rock," said Watson, who is the author of "Slippery Rock University: The Legend Behind the Name," a 460-page book published in 2011 that chronicles the history the University. "That would've been all anyone would've talked about in town."

Anne Morrow-Lindbergh discovered a $50,000 ransom note in her child's bedroom; however, despite arranging payment, the baby was never returned to the family. His body was found four miles from the family home a little more than two months later. Bruno Hauptmann, a German immigrant and carpenter, was charged and later found guilty of the kidnapping and murder of the child.

"The trial itself became a major publicity item," said Alan Levy, SRU professor of history. "It was wide open as far as press and newsreel coverage, so when people went to the movies, they saw the news of the week and they got full coverage of it all. That was unprecedented for a murder case. Every aspect, from the kidnapping, to the murder, to the arrest of Hauptmann and the subsequent trial was covered in detail by the media."

Hauptmann was linked to the crime through his use of a gold certificate that was part of the $50,000 ransom. Gold certificates, which were being withdrawn from circulation by the government, were used in the hopes that their use would draw the attention of anyone spending them. Hauptmann used one of the gold certificates at a gas station near his home in the Bronx. A bank teller in Manhattan noticed that a license plate number had been written on the bill when it arrived for deposit at the bank. The gas station attendant had jotted down Hauptmann's license plate number on the bill because "he appeared nervous" at the station and the attendant was worried the certificate was counterfeit.

There's another loose tie to SRU with the investigation: the lead detective for the New York Police Department who traced ransom money to house owned by Hauptmann was Detective James Petrosino, the uncle of Mike Petrosino, a 1986 SRU graduate with a degree in history.

Hauptmann was arrested, tried, found guilty and given the death penalty. He was electrocuted in 1935 for the kidnapping and murder. The Lindbergh case later became the basis for federal kidnapping laws.

Anne Morrow met Charles Lindbergh the year he reached international acclaim as a pilot, through her father, Dwight Morrow, a businessman who, as U.S. Ambassador to Mexico, who had courted Lindbergh to help advance relations with Mexico due to his notoriety.

"Lindbergh was the embodiment of the all-American boy," Levy said. "He grew up poor and was a self-made man who shouldered the responsibilities to fly the Atlantic solo. He underscored Americans' sense that they we could do what the rest of the world could not."