SRU professors and students communicate with food through ‘soulful’ project 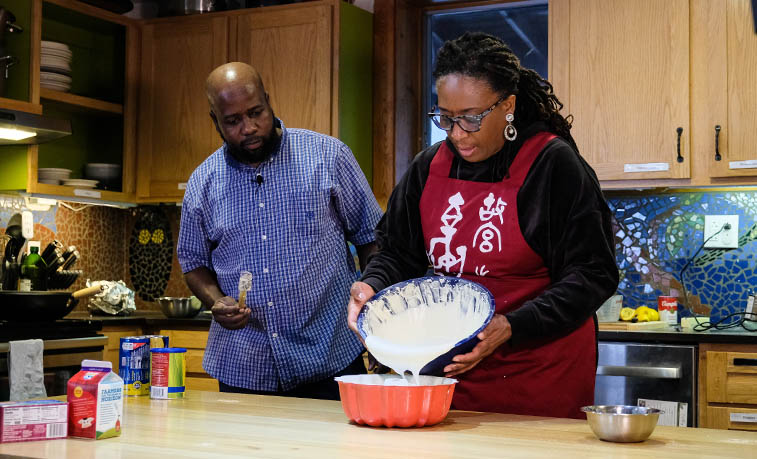 SLIPPERY ROCK, Pa. — Food is much more than sustenance that keeps people alive. It sustains cultural traditions, strengthens social and emotional ties, and feeds conversation. Or, as a faculty and student group at Slippery Rock University has observed, food is how people relate to one another and nourish their souls.

"We look at food as communication," said Fadoua Loudiy, assistant professor of strategic communication and media. "When we think about communication, we think about words and gestures, but food communicates something, too. It starts conversations with people who wouldn't otherwise gather around a table, and it can break down barriers between people and bring families and friends together."

Loudiy's favorite class that she teaches at SRU is Intercultural Communication, and culture intersects with food in discussions with her students.

"Oftentimes, with intercultural communication, the focus is on differences between cultures, but food is what we have in common as humanity," Loudiy said. "Everyone has to eat and everyone takes eating very seriously." 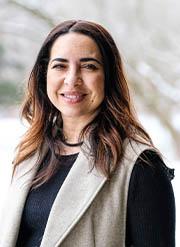 "There's food and then there's good food," Charles said. "We all, to a certain extent, have access to food, but when it's good food, we remember it. There are certain smells that evoke memories. I love fried fish, and when that fish hits the oil, it transports me back to a specific time when I first heard that (sizzle) and smelled the spices and seasonings."

To them, good food is good for the soul. "Soul food" is a colloquial term often referring to food prepared and eaten by African Americans in the South, such as fried chicken, collard greens and cornbread. But soul food could refer to other ethnic cuisine or meals that satisfy more than just an empty stomach.

"Soul food is whatever makes you feel at home and make you feel emotionally and physically full with one bite," said Sophia Geitner, a senior communication major from Saint Marys. "For me, it's lasagna or wedding soup because that's what my grandmother makes."

Last year, Charles had an idea to start an online cooking show with the help of SRU communication students such as Geitner, so he asked Loudiy to host a few episodes, knowing that she enjoys cooking and that they both have an affinity for ethnic cuisine. Loudiy is a native of Morocco and Charles was born in Dominica and raised in Saint Croix. They called it "The Soul Food Initiative" and produced four episodes last semester, before deciding to continue the project this spring with additional hosts.

Episodes include Loudiy cooking Moroccan dishes, featuring harira, a soup that's traditionally served during Ramadan, as well as chicken tagine and an eggplant salad with an apple dessert.

The collaborative project involves communication students and faculty, including students from Loudiy's Intercultural Communication class who were invited to attend the filming of the shows and, of course, eat the meal. SRU's Macoskey Center for Sustainability Education and Research also partners with the project by providing the kitchen space and fresh produce and eggs from its grounds, and SRU's Frederick Douglass Institute provided funding for the project.

"The conversation followed us into the classroom," Loudiy said. "It created a nice dialogue between students."

"It's a lot of hands-on experience," Geitner said. "We set up the equipment and decide what shots we need and how we need to edit it and everything that goes into a production. There are some classes like TV Field Production where you do hands-on projects, but (for this), going through the whole creative process and not being told what to do has been a lot of fun."

"This is a way of giving our students more items for their portfolios," Charles said. "It's one thing to do a few class projects, but now we're working on a production with multi-episodic seasons. That'll beef up their experience and (impress employers) when they look for a job."

A recent filming of the show to celebrate Black History Month included Ursula Payne, professor of dance, preparing chicken and dumplings, vegetables and poundcake, from her family recipes.

"This initiative has provided students with different ways to engage with their professors outside of the classrooms," Loudiy said. "We're not talking about concepts, an exam or a paper. It's a different vibe that we have in the studio and the kitchen. That's important to develop those bonds."

Just as food is keeping family bonds together, it's also shortening the gap between faculty and students and students with their classmates. It also creates lasting emotions that people never forget.

"Food is a big part of our lives," Loudiy said. "There's something about food that brings back memories. Food releases endorphins. We feel good when we eat good food."

Episodes of The Soul Food Initiative are available on the project's YouTube page. 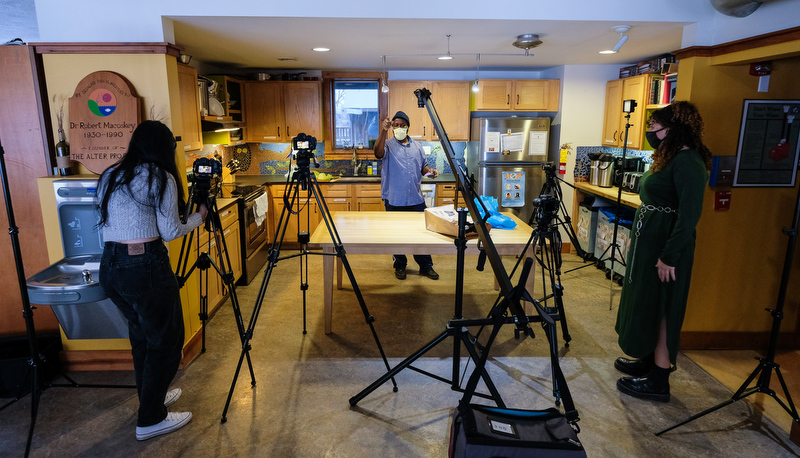 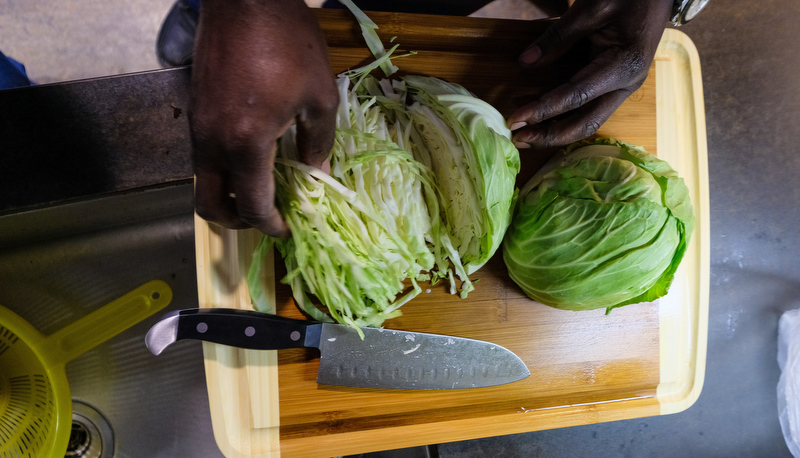 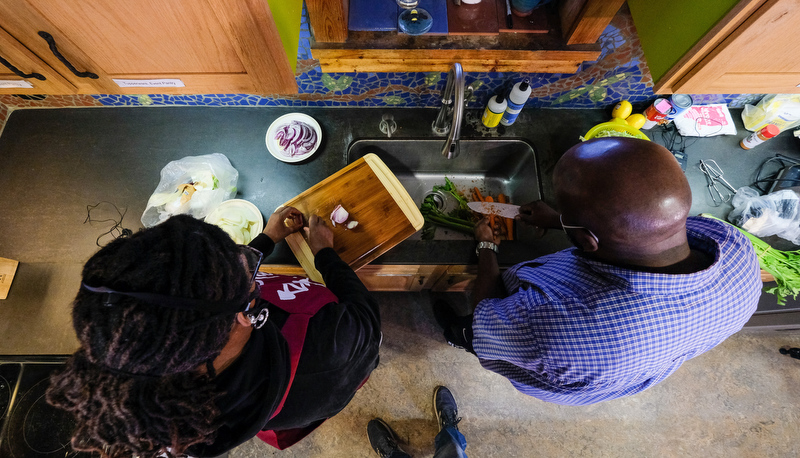 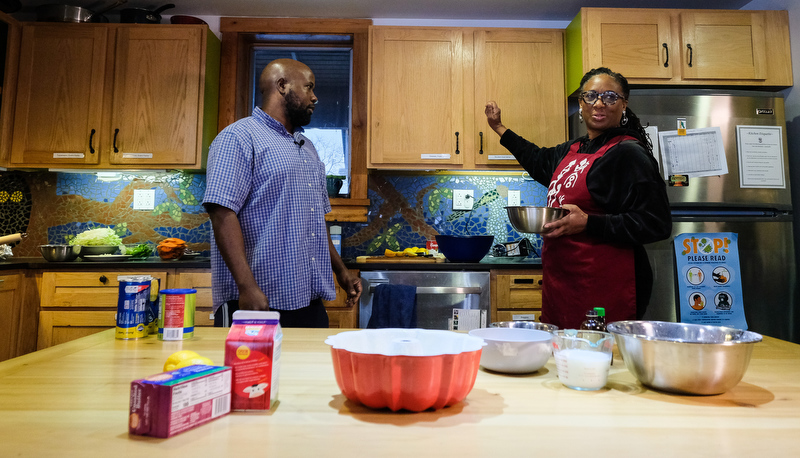 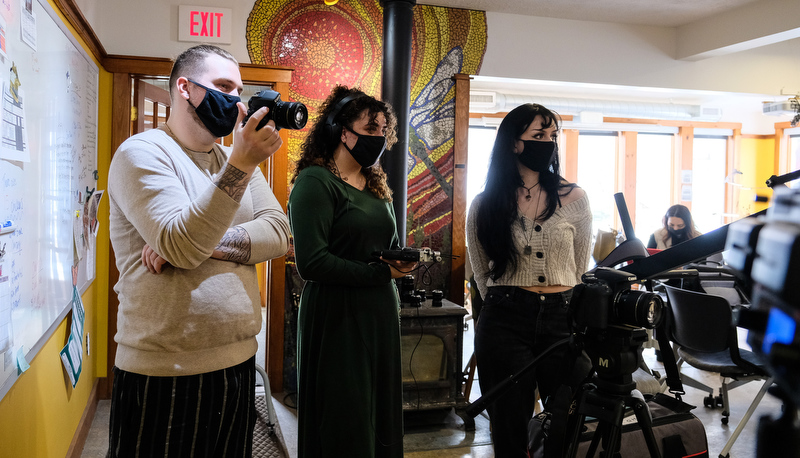 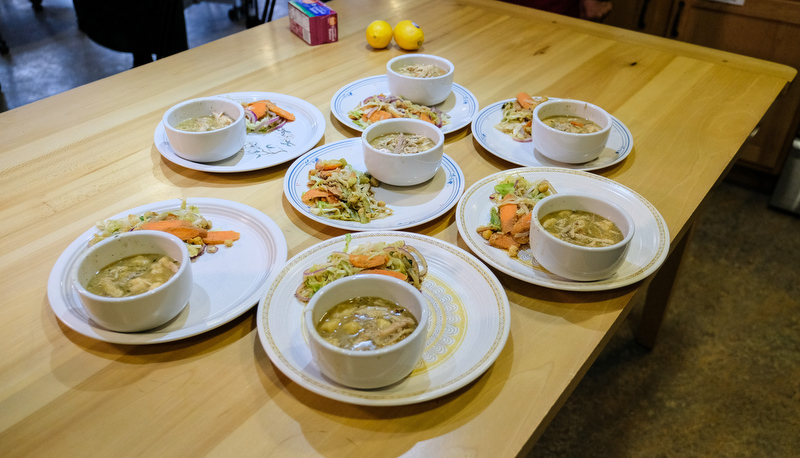 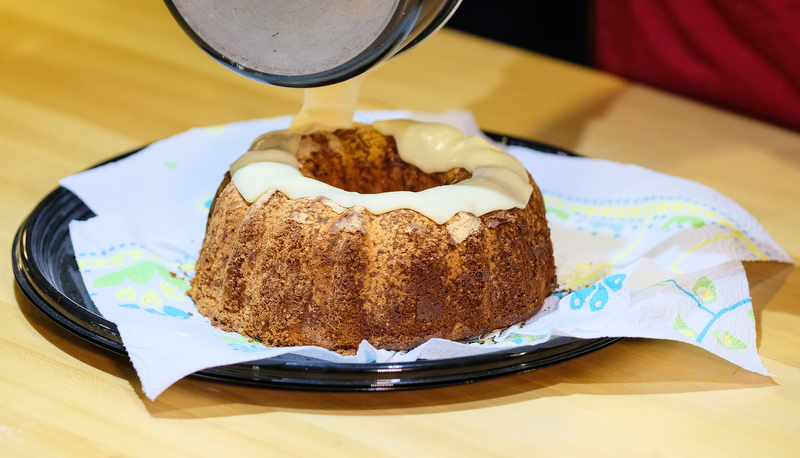 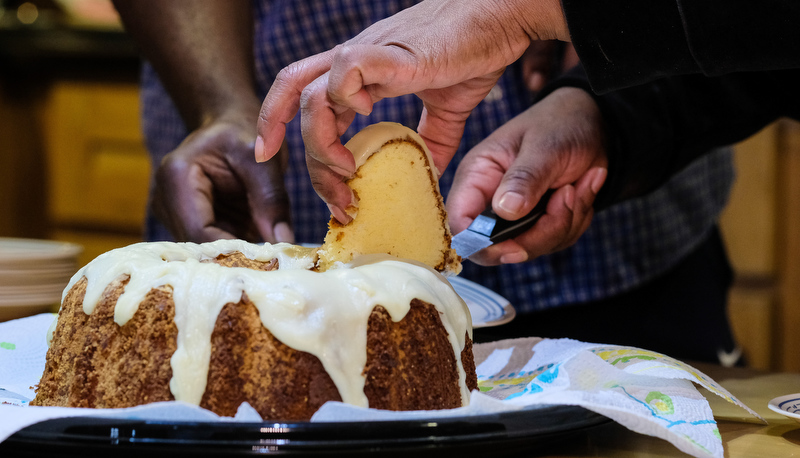