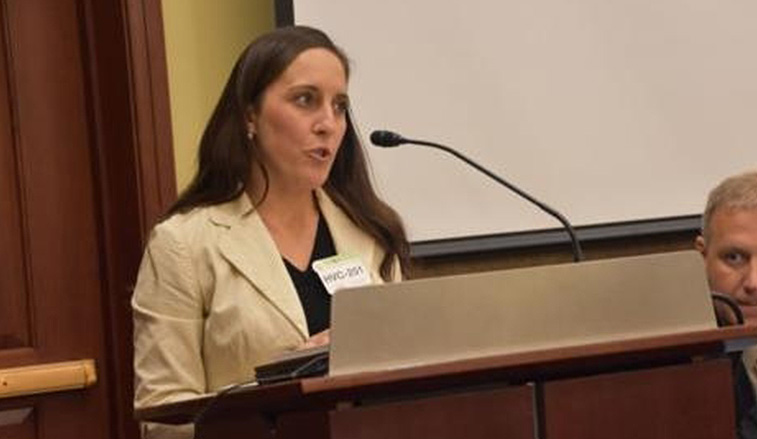 SLIPPERY ROCK, Pa. - Former Virginia Tech University student Lisa Hamp will share her story about the harrowing events of April 16, 2007 when she speaks to the Slippery Rock University community at 7:45 p.m., March 21 in the Smith Student Center Ballroom.

Hamp's life changed forever on that April day when Seung-Hui Cho, then a senior at VT, shot and killed 32 people and wounded 17 others in two separate attacks before committing suicide. The attacks received international media coverage. At the time the shooting was the deadliest event carried out by a single gunman in American history.

Hamp, along with her classmates, laid on their classroom floor, pushing desks and chairs against the door to act as a barricade. Cho shot at the door repeatedly trying to enter the room but was unable to do so.

Hamp will provide insight on what it was like to be in that situation, as well as the steps she took after the shooting to recover and return to a "normal life" in the weeks, months and years that followed.

She will also discuss what made her eventually seek counseling after eight years and a variety of hard, but powerful lessons she has learned since that tragic day. Through what is described as a "raw and emotional presentation," Hamp provides a survivor's perspective on experiencing and recovering from a school shooting.

"I heard (Hamp) speak at a seminar I recently attended and her unique perspective on violence prevention and active shooter scenarios was something I felt could help our University and its constituents as we continue to build and improve upon our emergency preparedness initiatives," said Paul Novak, SRU executive director of planning and environmental health and safety.

Traveling around the country to speak with students, first responders, psychologists, counselors, teachers and others, Hamp's work has been featured in the Washington Post, Huffington Post, Campus Safety Magazine and the Domestic Preparedness Journal.