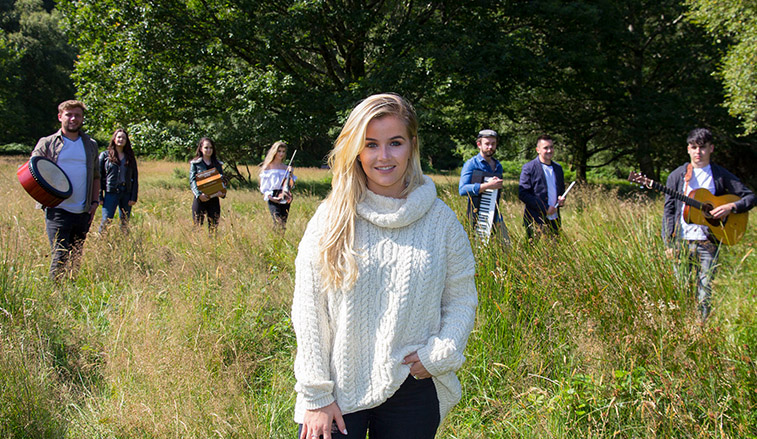 The Young Irelanders were formed to not only to merge the significant creative ideas and talents of a select group of young Irish performers who are unique among their peers; but also in the hope that given their combined youthfulness and ability, their existence in the music business would act as a catalyst in attracting more young people to the world of traditional Irish music throughout the world.

The sound the band creates is best described as eclectic, where traditional Irish music, Celtic music, folk music, world music, jazz music, country music and popular music all come together to give rise to a very unique and multi-faceted sound.

The group has toured as lead performers with Riverdance and Michael Flatley's "Lord of the Dance;" performed as soloists on various PBS specials; and shared the stage with U2's Bono, Ronnie Wood of The Rolling Stones and Sting.

The group has performed across six continents and for many heads of state including presidents of Ireland and the U.S, and royalty including Prince Albert of Monaco.