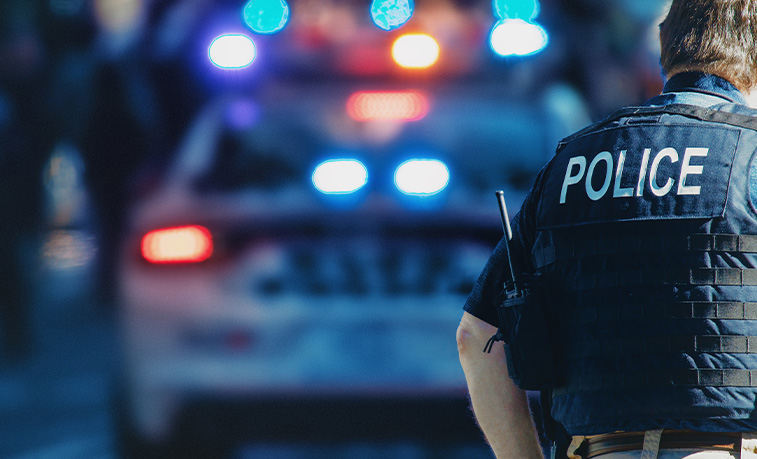 The television show “COPS” debuted 31 years ago, documenting police officers as they go about their jobs. A Slippery Rock University instructor and full-time police officer reflects on the show and its impact on society.

SLIPPERY ROCK, Pa. — Shawn Zerfoss has been a cop for nearly 28 years, almost as long as the television show "COPS" has been on the air. "COPS" debuted on this date, March 11, in 1989, three years before Zerfoss became a police officer. Both Zerfoss and the TV show are still "on patrol" and educating people about law enforcement on a weekly basis.

While off duty as a full-time police officer for the Clarion Borough Police Department, Zerfoss is an instructor of criminology and criminal justice at Slippery Rock University, where he teaches a Police and Society course on Thursday nights. "COPS," one of the longest-running shows in television history, airs Monday nights at 10 p.m. on the Paramount Network, including a recent episode filmed in Pittsburgh that garnered local media attention.

"A lot of reality TV shows are scripted but 'COPS' is unscripted, it's real, it's raw," Zerfoss said. "This is what's happening on the streets and people want to see that. People want to live vicariously through police officers and what they deal with on a daily basis, and that's why people like the show."

A pioneer of what became known as reality TV, "COPS" is a documentary-style show that follows police officers going about their jobs, tracking down suspects and making arrests. Created by John Langley and Malcolm Barbour, "COPS" first aired on FOX during a Hollywood writers' strike when the network needed programming that didn't require writers.

"Through the show, people get to see all aspects of society: the drugs, the alcohol and those who are at their worst," Zerfoss said. "It's a real look into the world."

A recent topic in Zerfoss' Police and Society course addressed the negative portrayal of police officers in the media and popular culture, especially when a police officer uses excessive force. 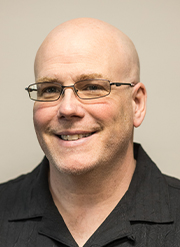 "The few negatives always outweigh all the positives (in the public perception)," Zerfoss said. "I think 'COPS' paints officers in a good light because people get to see their human side. They get to see what we're dealing with, the people screaming, yelling and spitting at us and yet the cops remain calm. If you've been in the field long enough, you've dealt with a little bit of everything that you see in the show."

As a result, Zerfoss admitted that he and a lot of other police officers he knows are not frequent viewers of the show.

"I've watched episodes and I see the person who's dealing drugs or a drunk driver who wants to fight, and I'm like, 'Well, I dealt with that yesterday or last week,'" Zerfoss said. "So when I come home, I want to relax and not relive my work day all over again."

However, Zerfoss admits that "COPS" has been good for his profession, providing a glimpse for law-abiding citizens, who might not otherwise ever been pulled over, what happens during a routine traffic stop. He also said the show has been a recruitment tool for people who want to enter the profession.

"A lot of people don't have police interaction," Zerfoss said. "So it's good for people at home to see what's going on in society and the realities of what police officers are dealing with."

For more information about the criminology and criminal justice program at SRU, click here.