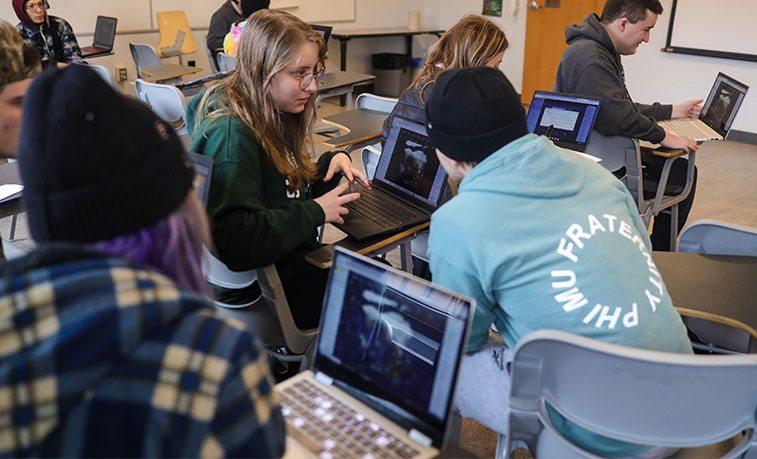 Slippery Rock University students play Statecraft, an online simulation of government and diplomacy, as part of their International Relations class.

SLIPPERY ROCK, Pa. — As the world follows Russia's invasion of Ukraine, students in an introductory political science class at Slippery Rock University are role-playing what they would do as world leaders. Nicholas Spina, assistant professor of political science, is using an online simulator called Statecraft in his 100-level International Relations class to help students better understand the interdependencies of nations, especially in a time of military conflict. 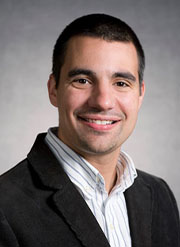 "This really brings the international political world to life in the classroom," Spina said. "They're thinking about the things we're reading about and seeing on the news, and we've been able to connect a lot of the dynamics of the current Russian-Ukrainian conflict to what's going on in class."

Students in the class are separated into small groups that represent fictious countries, or states. For example, one group named its state after an SRU cheer, "Ire Petram," Latin for "Go Rock." As leaders of these states, they sign treaties, trade resources and build alliances, as well as secure their land with military. The students play Statecraft's International Relations Simulator using a team member's laptop for 15-20 minutes at the start of a class each week and groups earn points for different categories but, like the real-world global diplomacy, there's no definitive, final "winner."

"By playing this game, students are asking themselves questions such as, 'When do states go to war?,' 'What are the limits of conduct in war?,' 'How do human rights come into play?,' 'How do alliances play a role in security?,' 'What's the role of democracy or authoritarianism?,'" Spina said. "It's really helping them see the importance of international politics and how it relates to them."

Ryan Nuebel, a senior mid-level mathematics education major from Cranberry Township, is an aspiring teacher who is taking the class as a general education requirement. His role as a representative from Ire Petram is head of industry and technology, which involves building simulated infrastructures and making trades.

"I learned a lot about cooperating with people and the bad things that can happen when people don't work together," Nuebel said. "It's very timely taking this class and playing this game with what's going on in Ukraine. We've talked a lot about why (Russian president Vladimir) Putin might attack, what makes someone a 'rational leader,' and trying to understand a person's motivation. This class has really given me insight that I didn't have before, and it's really made me more aware of global issues." 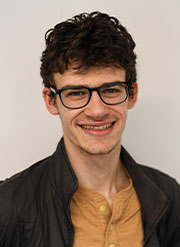 According to the course description, International Relations provides students an "overview of the politics of various governments; the nature of relations among nations; a study of problems such as terrorism and multinationals as political participants."

There were a few bad actors in the class, or at least students who rationalized a decision to take over another country with military force. For example, a state called "Manus" needed energy resources and invaded another to acquire them.

"It was entrenched in our brains that this was something we needed to do and it was necessary," said Eli Loewy, a sophomore homeland security major from Sewickley, who is the secretary of defense for Manus. "But I'm not drawing any comparisons between the Russia-Ukraine conflict because that doesn't seem necessary."

And, of course, it's a just a game. But when asked about what the consequences of Russia's invasion of Ukraine, the students offered sobering comments.

"When I follow the news and what's going on there, I want to do something about it," Loewy said. "Obviously, it's a flagrant act of war and Russia is trampling on another country's sovereignty. But how do you go about (doing something)? Because if the U.S. gets involved or another NATO country, it (escalates the) war and that's not going to go over very well."

Loewy, who was born in 2002, wasn't old enough to remember when the U.S. invaded Iraq, and compared to people who lived through several globally impacting wars during the 20th century, traditional-age college students have never experienced a conflict of the magnitude that's occurring in Ukraine.

"It's been always in the back of my mind, but now that there's a potential for war (affecting all of) Europe, it's like 'Oh, (wow)!,'" Loewy said. "And with social media, it's in your face. It's the first war (of this scale) between two opposing countries that we've seen, and it's broadcasted and is at our fingertips."

Nuebel said that being in the International Relations class and living during this time of conflict gives him a greater understanding of global dependency.

"Ukraine being attacked affects everybody, not just the people of Ukraine," Nuebel said. "This conflict is much more palpable, and it doesn't feel like just news, but actual events that we are living through. We are living through history."

The professor of the class agreed. Spina, who served in the U.S. Peace Corps in Armenia from 2004-06 and previously taught at the American University in Bulgaria, has studied democratic development, post-communist politics, civil society and trust during his career as an academic. 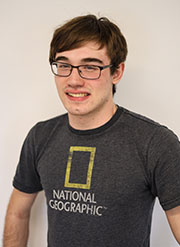 "This is a really dangerous moment (in history) that is so unpredictable; it could spiral out of control," Spina said. "In terms of economic interdependence, the post-Cold War era has been defined by attempts to connect economies with the understanding that this would reduce tensions, but in this case, it's given Russia some leverage because they now have a major grip over Europe when it comes to energy. Russia is a massive economy, and (the U.S. and the world are) imposing the most stringent sanctions that we've ever imposed on any country in history. That's going to reverberate around the world and affect us."

Spina was recently interviewed by WISR-AM in Butler for the radio station's Extended News at Noon, in which he shared more thoughts and analysis of the conflict. The 17-minute interview recorded March 4 is available online.

More information about SRU's political science programs is available on the department's webpage.