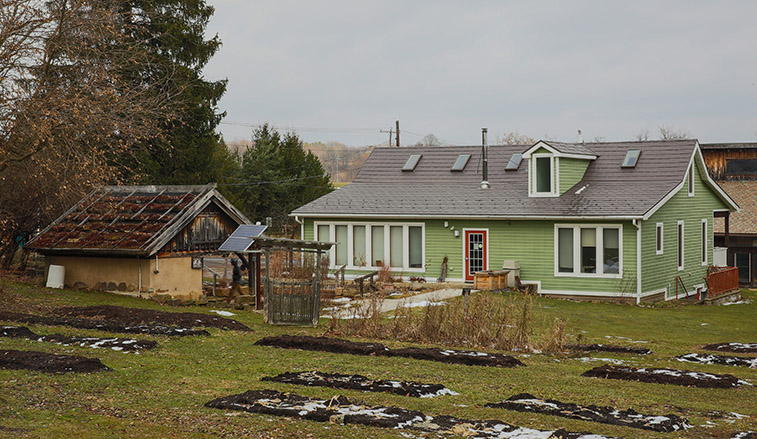 SLIPPERY ROCK, Pa. - Fran Bires may be retired from Slippery Rock University, but he has not been forgotten by the environmental education community for the impact he made during his career. Bires, the former director of SRU's Macoskey Center for Sustainability Systems Education and Research, received the Pennsylvania Association of Environmental Educators 2018 Keystone Award, March 12 at the PAEE's annual conference in State College. 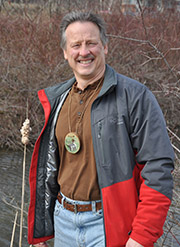 "I just practice what I believe every day," said Bires, who dedicated more than three decades to environmental education and resources management and continues to champion environmental causes as a volunteer. "I had a great career and for the PAEE to think of me and bestow this award on me is pretty special."

Bires, who was nominated by William Wasser, park manager at Maurice K. Goddard State Park in Sandy Lake, spent most of his career at McKeever, a nature center in Sandy Lake formerly administered by SRU. Bires went from intern to environmental educator to director at McKeever, before concurrently serving as the director of SRU's Macoskey Center from 2012-16.

"I was blessed to land in this field and have a wonderful career doing what I believed in but also meeting a lot of cool people who were mentors for me," Bires said. "In this field you don't get rich from it, but it's very rewarding. People in this field are in it for the right reasons. They're not in it because it's a job."

As the director of the Macoskey Center, Bires mentored numerous student workers and helped write a grant from the Pennsylvania Department of Environmental Protection that provided environmental education programming for students from the Slippery Rock Area School District, conducted at the center and taught by SRU students.

"The Macoskey Center is a special place," Bires said. "I was fortunate to know Bob Macoskey and follow his dream. What I enjoyed was working with the students. We had a lot of student workers who came from a lot of different degrees, not just environmental science or parks and recreation, and for many of these students it was the first time they worked in a place like that. We had students who for first time in their lives, planted a seed in the ground and nurtured that plant."

Located on 83 acres of SRU's campus, the Macoskey Center was created in 1990 to promote sustainability at the University and in the local community through educational events, workshops and programs; physical demonstration of sustainable technologies and systems; and by supporting sustainability-focused academic initiatives and research.

In addition to his service at the Macoskey and McKeever centers, Bires spent part of his career at Raccoon Creek State Park in Hookstown, the Carnegie Museum of Natural History in Pittsburgh and the Brooks Nature Center at Oglebay Park in Wheeling, West Virginia. Additionally, Bires performed many roles for several environmental education organizations, conservancies and committees, including the Institute for Earth Education and the PAEE.

Founded in 1977, the PAEE is the one of the oldest state environmental education groups. Members include educators from nature centers, non-profit organizations, state agencies, school districts, colleges and universities, private industry and more.