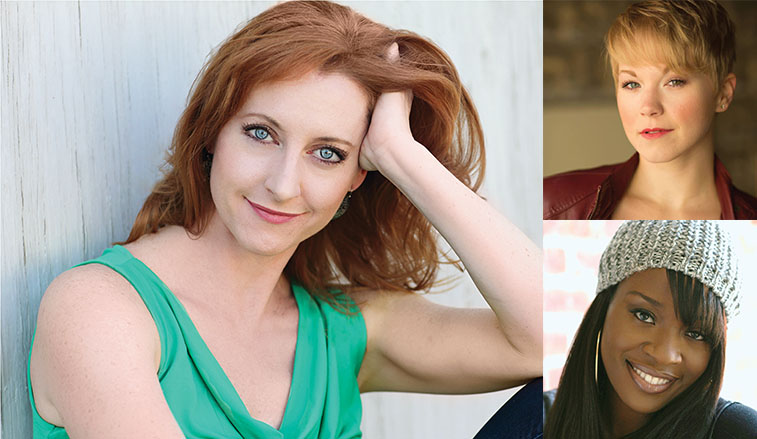 The show features an amazingly talented all-female cast of three Broadway, rock 'n' roll, jazz and pop artists as they perform the hit songs and tell the stories behind the music that has transformed American culture and character.

The extraordinary singers - Rita Harvey, Jeannette Bayardelle and Brook Wood - take audiences on a musical journey that includes Bessie Smith, Appalachian and bayou music, as well as tributes to Ella Fitzgerald, Whitney Houston, Barbra Streisand and many other musical icons.

Harvey made her Broadway debut performing the role of Christine Daae in "The Phantom of the Opera" before taking on the role of Hodel in the Broadway revival of "Fiddler on the Roof" starring Alfred Molina, Harvey Fierstein and Rosie O'Donnell.

Wood is a New York City-based singer most recently seen in Berg's "Broadway to Barbados."