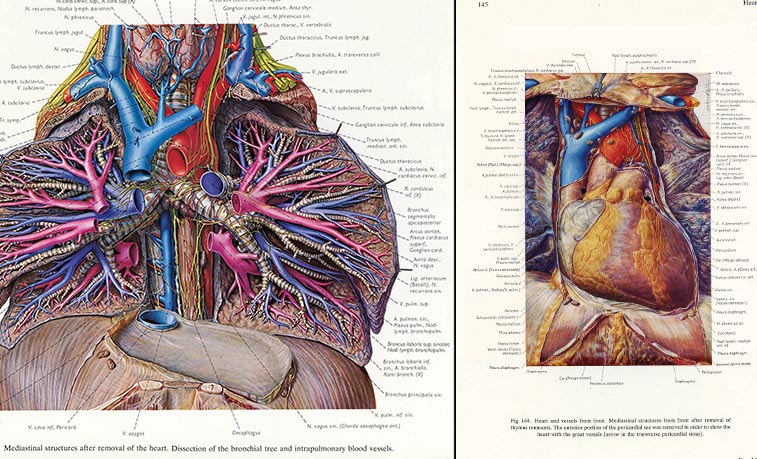 Aaron Fried, a professor from upstate New York, will discuss an anatomy atlas he discovered in the Slippery Rock University Bailey Library at a lecture April 11 in the Advanced Technology and Science Building.

SLIPPERY ROCK, Pa. — A 56-year-old anatomical atlas housed at Slippery Rock University's Bailey Library caught the attention of a professor in upstate New York who researches the history of body donations and body use in Nazi Germany.

Aaron Fried is an associate professor of anatomy and physiology at Mohawk Valley Community College and visiting professor of neuroanatomy at Utica College. While conducting research about the work of Austrian anatomist Eduard Pernkopf, Fried discovered - through an interlibrary loan database - that SRU was in possession of one of Pernkopf's atlases. The book is the first English-language edition of Pernkopf's work and was published in 1963.

After borrowing the book and suggesting that SRU remove the atlas from circulation and place it in its Special Collections, Fried offered to speak as a guest lecturer at SRU. The University gratefully obliged him on both accounts. Fried will present "Pernkopf to Present Day: Nazi Anatomists and Ethical Implications of Their Work" at 4 p.m., April 11, in the Advanced Technology and Science Auditorium as part of SRU's Holocaust Remembrance Program. The program also includes "Reflections on the Holocaust: A Personal Story" with Nat Shaffir, a Holocaust survivor who will serve as a guest speaker, 6-8 p.m., April 2, in the Smith Student Center Ballroom. 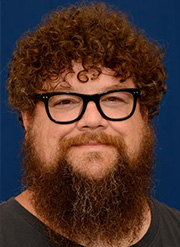 According to Fried, copies of Pernkopf's "Atlas of Topographical and Applied Human Anatomy" are available at various academic libraries in the northeast, including the University of Rochester and Yale University. Copies also often pop up at estate sales of former medical doctors, Fried said. Many libraries keep copies in history sections and out of circulation because they are at risk for theft and can be valued at hundreds, if not thousands, of dollars depending on the edition. The atlas was first published by an Austrian publisher in 1936.

"Pernkopf's dissections were meticulous and that's one of the reasons why the books were so good," Fried said. "(The depictions) were some of the best in terms of realistic representations of the anatomy and the coloring put his work over the edge."

Pernkopf trained a team of artists who used watercolors to produce the illustrations of the human anatomy which had been previously created in textbooks through sketches. Four-color process printing had only recently become accessible in the 1930s and photography at the time was an unreliable way to provide a consistent, detailed representation of human anatomy. The artists commissioned for the book were Nazis and many signed their work with swastikas and emblems associated with those worn by soldiers of the Nazi Party's Schutzstaffel, or SS organization. 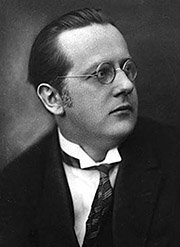 Fried said the edition at SRU, which is two volumes and four books, includes swastikas but the following year's edition, printed in 1964, had them removed.

"It was interesting to be able to compare the versions SRU has to other versions printed around the same time to be able to be say this is an example of historical revision," said Fried, whose research centers on tracking the "image genealogy" to determine which bodies were executed and used in the lab before or after World War II.

"We knew the atlases to be an excellent resource but we were shocked to learn about their significance," said Lynn Hoffmann, SRU assistant professor library and research services librarian who communicated with Fried and invited him to campus. "We're fortunate that Aaron is able to come to campus and share his research and his message."

Fried will discuss the background of the books, Pernkopf's life and the ethics of body donations. Fried has his anatomy students at MVCC avoid the term "cadavers," instead using the term "human donors."

"It's important that our students learn ethical usage of human specimens and to teach them how to treat humans with dignity and respect, starting with these donors as their teachers," Fried said. "When you start using human donors on a regular basis, you think about where these people came from and what was their life was like and how to keep an ethical perspective. We should not just look at them as oddities or curiosities but think of them as teaching tools, not just for medicine but for the ethics that go along with medicine."

Fried said his talk will be geared toward a general audience that doesn't necessarily have a scientific background and none of the content will be what he considers "objectionable," rather the talk will focus on historical context instead of explicit imagery.

Fried's lecture is also a new direction for SRU's Holocaust Remembrance Program, for which organizers are seeking new ways to extend programming beyond eyewitness survivors. There are fewer than 100,000 Holocaust survivors alive today.

"We hope to branch out and find new ways people can contribute to the discussion," said Eric Tuten, SRU assistant professor of history, who organizes the program. "But it's still important to hear from survivors and the Holocaust will always be at the center of the program."

Shaffir, a volunteer with the United States Holocaust Memorial Museum in Washington, D.C., will speak about his experience as a child growing up in Romania during World War II. His family was identified as Jews by the Fascist Iron Guard in 1942 and were forced to serve hard labor, before leaving Romania for Israel in 1950 and eventually the U.S. in 1961.

Both Holocaust Remembrance Programs are sponsored by the SRU History Department with Bailey Library co-sponsoring the Pernkopf lecture.