Maya Angelou remembered at SRU for her inspirational poetry 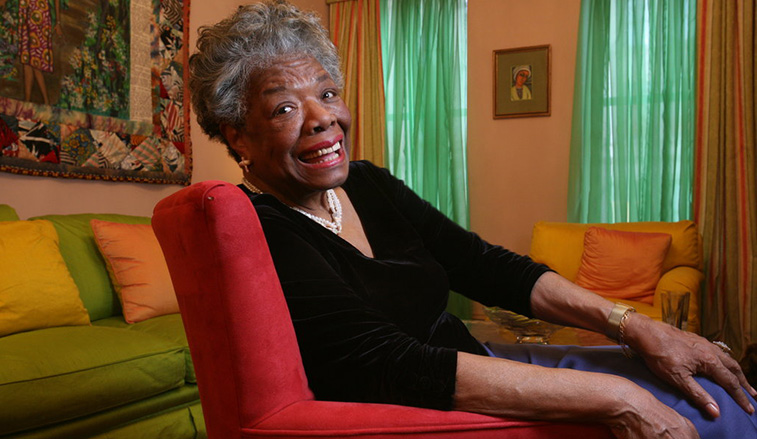 SLIPPERY ROCK, Pa. - Maya Angelou was born 90 years ago today, and despite her death nearly four years ago, she is still remembered at Slippery Rock University, both by studying her literary work in the classroom and for an appearance she made on campus in 2009. A poet, memoirist, actor and civil rights activist, Angelou was a cultural icon who recited her poems at SRU's University Union, April 18, 2009, shortly after her 81st birthday.

"By that time, she was world famous and her history sort of came with her and carried the event," recalls Rachela Permenter, SRU professor of English. "That was wonderful for our students at the time for her to come and give her heart and soul, particularly about the African-American and the women's struggle during her era. To give that uplifting message to our students was wonderful."

Angelou's reflection from her visit to SRU connected the imagery of rainbows to first generation college students.

"When I considered that a number of young men and women are here at this University, representing families who've never [gone to] an institution of higher education, I thought: That face is a rainbow in the clouds," Angelou told The Rocket, SRU's independent student-run newspaper, after her appearance. "You are here because you have rainbows in your clouds. Everybody here wouldn't even be here if not for that."

Angelou's appearance included recitations of her popular poems, "A Brave and Startling Truth" and "The Health Food Diner," as well as excerpts from her 1969 memoir, "I Know Why the Caged Bird Sings." Permenter continues to use that book in her 100-level class, Critical Reading, which includes 35 students this semester. 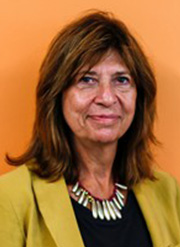 "She came out of a significant movement during a time when African-American artists were finally being heard rather than having their stories told by the dominant culture," said Permenter, classifying Angelou with poets inspired by the Harlem Renaissance, such as James Baldwin. "There was an explosion of artistic genius, and she was part of that. 'I Know Why the Caged Bird Sings' was a residual voice for that era that spoke to a new generation."

According to Permenter, Angelou's work evolved into more inspirational poetry in her later years, but "I Know Why the Caged Bird Sings," about Angelou's challenges of growing up black and female in the 1930s South is often considered autobiographical fiction because of the strong imagery she used, connecting singing as a prayer and a plea for freedom, dignity and equality.

"I love that image and the way that she takes her personal life and weaves it through something that is part-memoir, part-fiction, part-poetry," Permenter said. "That work itself is beautiful. Her brilliance was her life example and how she set up a goal to go through her life without a sense of futility quieting her song. She achieved that and, because of that, she is inspirational."