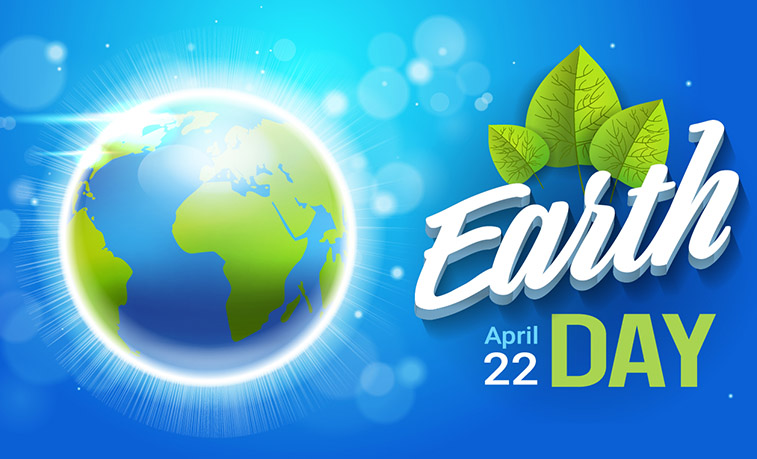 Larry Schweiger, former president and CEO of the National Wildlife Federation, will be at Slippery Rock University, April 11-12, to discuss the climate crisis.

SLIPPERY ROCK, Pa. — During his lifetime of experiences as an environmental advocate, including a decade as president and CEO of the National Wildlife Federation, Larry Schweiger has closely followed the effects of climate change. According to recent studies, catastrophic events caused by global warming are becoming more prominent. That's one reason why Schweiger is taking his message about the climate crisis to places like Slippery Rock University. His April 11-12 visit is intended to enable college students and community members to take actions to address the climate crisis in business, government and all aspects of their lives.

During his two-day visit, Schweiger will speak to three SRU classes and be the featured speaker for SRU's 2019 Earth Days celebration at 7 p.m., April 11, in the Eisenberg Classroom Building Auditorium. Admission to the event is free and open to the public. SRU's President's Commission on Sustainability is sponsoring his appearance. 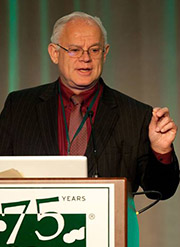 "I'm deeply concerned about climate change and its impact on our world," said Schweiger, noting that 20 years ago carbon emission decreases needed to be reduced by 2% per year to prevent catastrophic events, but now that number has climbed to 10% per year. "We have warnings that we have 10 years to turn the corner on climate change, so we need to start right now and bend the curve very dramatically."

Schweiger, a board member for The Climate Reality Project, an independent organization of scientists, journalists and advocates addressing climate change, cites climate projection models from the Intergovernmental Panel on Climate Change that predicted that Earth's average temperature is expected to increase between 1.5 - 2 degree Celsius beyond pre-industrial levels by the year 2040. The global average temperature has already increased by 1 degree since 1850.

The average increase of 0.5 or 1 degree Celsius, or 0.9/1.8 Fahrenheit, may not seem like much, but it can have disastrous effects, according to Schweiger.

"There are a cascade of things that start to happen once we cross that 2-degree tipping point," said Schweiger, author of "Last Chance: Preserving Life on Earth," naming ice-free summers in the Arctic Oceans, which will give off its carbon and methane stores; worldwide exposures to extreme heat, severe weather droughts and storms; and reductions in species and crop yields, to name a few. "We are headed for a rough landing and we need to move quickly. We need to do everything we can to stave off what could be a catastrophic climate change."

Schweiger's message will focus on steps people can take to reduce their own carbon emissions by living a more sustainable lifestyle, while also encouraging lawmakers to change policy both at the state and national levels. A former executive secretary of the Pennsylvania General Assembly bipartisan environmental committee, Schweiger said that there are currently 30 proposals for gas-fired power plants in Pennsylvania.

"That is not going to solve the climate crisis," Schweiger said. "We need to be encouraging the governor and lawmakers to change the policies to advance clean energy and not the natural gas or frack gas. We need to turn our attention to Washington (D.C.) and put more emphasis on a national climate policy."

During his visit to SRU, Schweiger will meet with three classes: Environmental Communications, Applications in Sustainability and Environmental Law and Policy.

"(Schweiger) is a lifelong environment activist who's committed his life to protecting the environment," said Paul Scanlon, SRU director of sustainability and co-chair of the President's Commission on Sustainability. "We're grateful that he's decided to share his message with us and provide actions people can take including individual behavior and advocating legislation."