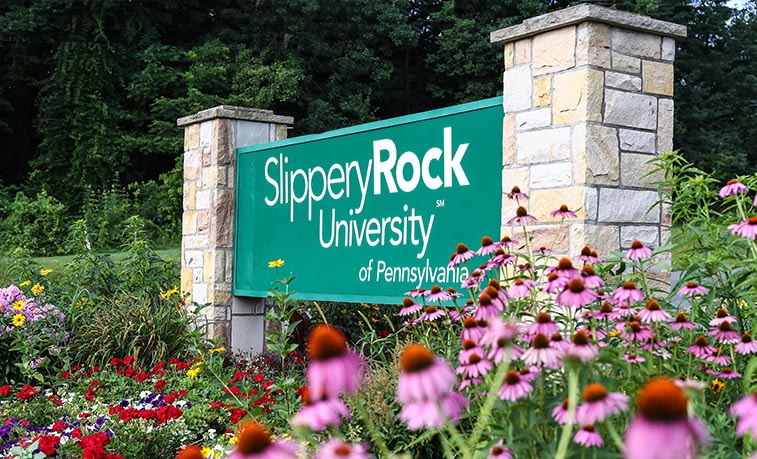 Brett Barnett, Slippery Rock University professor of communication, will receive the President’s Award for Scholarly and Creative Achievement for his essay about lone-wolf extremists and how they are covered by the U.S. news media.

SLIPPERY ROCK, Pa. — Brett Barnett is proof that one cannot be timid when approaching scholarly or creative work, especially when that work examines societal problems and grim realities. Barnett, a Slippery Rock University professor of communication, will receive the President's Award for Scholarly and Creative Achievement for his peer-reviewed essay about lone wolf extremists, defined as individuals who independently carry out an ideology's call to violence.

Barnett wrote, "'Lone Wolf' Extremists and the U.S. News Media" for the Institute of Communication Ethics. Its subject matter continues to gain traction based on recent examples of extremist behavior in the news.

"Examining the rhetoric espoused by extremists is not for the faint of heart," Barnett said. "However, such examinations have unfortunately become particularly relevant in the wake of recent lone wolf attacks that continue in the U.S." 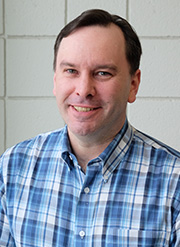 "Our faculty's dedication to teaching, advising and their scholarly and creative work are the fabric of our University and raise the quality of education we provide our students," said Bill Behre, SRU president. "It's important that we honor the achievements of our faculty, especially when they are recognized by students, colleagues and other individuals who benefit from their great work."

The award recognizes works from the SRU community that were published, presented, developed or performed in the last three years. The essay, published in 2016, responded to the surge of acts perpetrated by U.S.-based lone wolves and explored the role U.S. news media content may have played in motivating lone wolf extremism as a means of publicizing their ideologies and activities. The work also presented ways media can relay relevant information without fostering negative effects. The Department of Homeland Security has called lone wolf extremism "the most dangerous domestic terrorism threat in the United States."

A member of the SRU faculty since 2005, Barnett teaches communication law, civil discourse, and media production courses. His research interests include First Amendment law, communication ethics, Internet speech, the rhetoric of hate groups and other extremists, as well as the rhetorical nature of song narratives. His research has been published in various academic journals, including internationally via Perspectives on Terrorism and Journal of Hate Studies. His other extremist-related publications include the essays "20 Years Later: A Look Back at the Unabomber Manifesto," "League of the South's Internet Rhetoric: Neo-Confederate Community-Building Online," "The Trump Effect: The 2016 Presidential Campaign and the Racist Right's Internet Rhetoric," and the book "Untangling the Web of Hate: Are Online 'Hate Sites' Deserving of First Amendment Protection?"