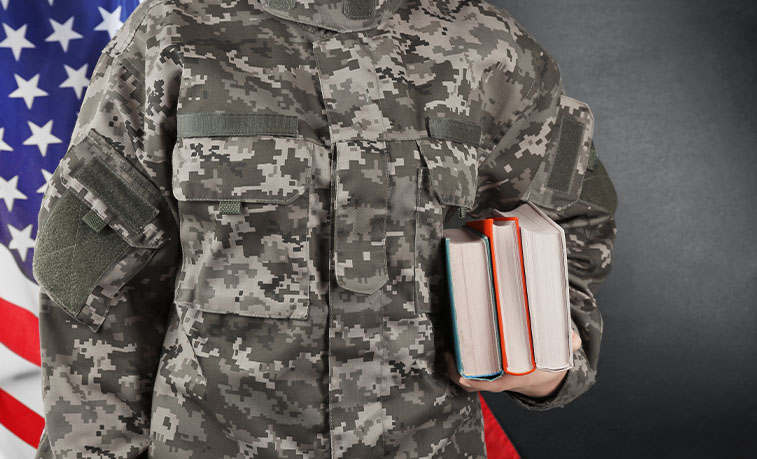 Slippery Rock University is recruiting military veterans with bachelor’s degrees for Troops to Teachers, a federally funded program through which military veterans like Maurice Lee obtain teaching certification in less than a year.

SLIPPERY ROCK, Pa. — Whether it comes from an Army solider, a naval shipman or other member of the military, we've all heard that familiar refrain about heeding the "call to service." But what happens after they've completed their commitments or have retired from active duty yet still hear the call? If you're Maurice Lee, you answer by becoming a teacher through Slippery Rock University's Troops to Teachers program.

"When I was thinking about what to do with my next career, I said, 'You know what, there's no better calling to serve the future of our communities and that of our entire country than by becoming an educator," said Lee, a post-baccalaureate student from Carlisle, who served 20 years in the U.S. Air Force as an aircraft maintenance officer. "I had some really good teachers growing up who I wanted to emulate. They taught me more than what was on the lesson plan. They were mentors, and that has stuck with me for a very long time."

Last summer, Lee enrolled at SRU in Troops to Teachers, a federally funded program through which military veterans with bachelor's degrees obtain teaching certification in less than a year. In 2017, SRU received a competitive grant from the Pennsylvania Department of Education through the Department of Defense's Defense Activity for Non-Traditional Education Support to host Troops to Teachers. The current five-year $1.6 million grant extension lasts until 2023 and SRU is partnering with Temple University to recruit and train participants in the program. 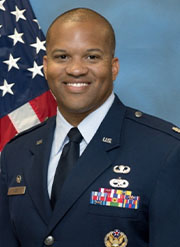 The goal of the program is to increase the number of teacher candidates in the state. Annual teacher certifications issued in Pennsylvania have declined by nearly 67% since 2012, and there's a particular shortage of teachers with science and math backgrounds. Lee, who grew up in Alexandria, Louisiana, earned his bachelor's degree in biology with an emphasis in aerospace physiology from the U.S. Air Force Academy in Colorado Springs, Colorado.

"I made a conscious decision to completely change my career field to become a science teacher," said Lee, 43, who worked on a number of high-profile Department of Defense aerospace programs during his military career. "Like the military, teaching is more of a calling than it is a career or an occupation. As military members, we search for that 'meaning' after we leave the service. It takes deep thinking, reflection and finding out who has meant a lot to you as a person.

For Lee, two teachers immediately come to mind: Edna Quinney, his fourth-grade teacher who he recently connected with through Facebook to express his gratitude, and his high school teacher Karen From, who he kept in touch with throughout his career before she passed away in 2015.

As an aircraft maintenance officer, he worked on the CV-22 tiltrotor aircraft, the B-2 stealth bomber and the F-35, the newest multinational front-line fighter. Lee served as a squadron commander and achieved the rank of lieutenant colonel.

The past seven months, however, his title was student teacher in the Carlisle Area School District, teaching seventh, ninth and 10th graders, the latter two in biology.

Compared to a career in the military, becoming a teacher is not as easy as writing hall passes and typing up a lesson plan. Lee describes his role as being a "full-circle mentor."

"It's a huge transition and I'm not going to say that you have to forget everything you know, but you definitely have to be humble enough to realize what you don't know," Lee said. "From walking in day one and not having the kids grasp (a topic), to having them begin to trust you and open up, you then get to watch them grow and mature throughout the year. It's very rewarding."

From left, Maurice Lee as a high school senior
with his teacher Karen From, whose influence
inspired Lee to pursue a teaching career.

Still, Lee said there are similarities between teaching and the military, such as building relationships and giving advice. He had to gain the trust of the maintenance squadron he was leading, only in a much faster-paced, higher-stakes environment than a high school classroom. But adjusting to life as a school teacher was also challenging.

"All the students are dealing with a lot of different life situations, whether it's home life or maybe someone just lost a pet, and as a teacher they rely on you," Lee said. "Teaching is more than just making sure they know how to add, subtract, multiply and divide."

Lee received assistance from a variety of SRU professors, including Monique Alexander, assistant professor of elementary education and early childhood, who serves as the Troops to Teachers program director.

"She was very accommodating and walked me down the path," Lee said. "I was also provided things like online tutoring for the Praxis exam (which is part of the teaching certification requirement), but I would say that the No. 1 resource that contributed to my success was her, without a doubt."

"We learned a lot from each other and we listened to what he needed as a student to buy him some time while he was getting a full residency experience (as a student teacher)," Alexander said. "It's important to not only manage the grant but to make sure the students are successful."

"Maurice pours his heart and soul into the classroom," Parks said. "He's always patient, thoughtful and genuine in his responses to his students and his real-world experience in the Air Force gives him many practical examples to share about science with his students. He's a great example of how someone can succeed in our program and he's an absolutely wonderful person to work with. America needs excellent teachers like him."

Lee passed the Praxis exam and upon completing his student teaching requirement, he will be certified to be a full-time teacher in Pennsylvania next month. He already has a job offer pending.

"What I like about Troops to Teachers is that it gives you an opportunity to do something completely new, and it allows you to expand and grow your interests," Lee said. "This program creates a nice bridge and it lays out a path for you to get there. As (veterans) leaving the military, you're trying to see what job fits your resume and you go from there, whereas Troops to Teachers helps you explore the possibilities and lays out a nice transition plan for you."