SLIPPERY ROCK, Pa. — There are many national debates that make their way onto college campuses, from the made-for-television events featuring U.S. presidential candidates to made-from-social-media memes that spark conversations in classrooms and dining halls. Meanwhile, a national debate quite literally occurred at Slippery Rock University last week as the Debate Society at SRU hosted the 2022 National Educational Debate Association National Championship, April 8-9.

Debate teams from 10 colleges and universities, from as far away as Missouri, traveled to SRU to compete in the year's culminating event for NEDA, which is one of several organizations that host collegiate debate competitions and conferences for its members. SRU placed second at this year's event, finishing behind Cedarville University (Ohio), and according to organizers, the event was a big step for competitive debate at SRU.

"The Debate Society at SRU only started four years ago, and we built a strong team that's a contender," said Heather Frederick, professor of political science, who serves as the Debate Society's faculty adviser and coach. "We started from nothing with students who have never had debate experience before and we're doing really well."

Abby Thomas, a senior dual political science and criminology and criminal justice major from Elizabethtown, placed fifth in the Varsity Crossfire division and was the first-place speaker for the second straight year at NEDA nationals. 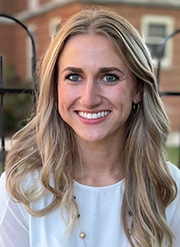 "We're all here for the common purpose of learning and I think that's really how a lot of the debaters see it," said Thomas, who has served as the Debate Society's president the last two years. "It's certainly nerve-wracking and you have to take a deep breath before each round, but the environment at the tournaments is professional and friendly, and in the early rounds, it's just you, your opponent and a judge."

There are three formats in the NEDA competitions: Traditional, Crossfire and Rapid Fire.

In Traditional, teams of two competitors from each school debate against other teams over a resolution about implementing a policy. The resolution is the same for the entire semester, and this semester's resolution is whether or not the federal government should require national compulsory service, such as military commitments, civilian projects or other works of service. Crossfire is a two-vs.-two debate about the Traditional category's resolution, but it's a shorter format and pre-policy, meaning debaters don't have to come up with a plan and instead they debate for or against the resolution (also known in debate parlance as affirmative or "aff," and negative or "neg").

Rapid Fire is either individuals or teams of two debating the neg or aff of a resolution that is disclosed to them 20 minutes before each round and they have to quickly do research and prepare talking points. Topics could range from federal policy, such as the use of the filibuster in the U.S. Senate, to cultural debates, such as whether or not a hot dog is considered a sandwich (although whimsical topics such as this are not used at nationals).

There are divisions within each format based on experience, such as Varsity and Novice. All rounds of competition are judged by faculty, staff or alumni volunteers and there is an aggregate point total called "sweepstakes" to award an overall team champion.

"Good debaters are passionate because it doesn't necessarily come down to having a gift," Thomas said. "I had no experience whatsoever before my first tournament and they didn't go so well and I didn't place, which is completely normal. But I became very passionate about debating and wanted to improve and I think that's really been the driving factor for me. It takes someone who can ask questions about what they're learning and question themselves and their ideas because that's important to help your argument make sense."

Thomas plans to attend law school at George Washington University in the fall and she said her experience as a debater will help her in the future.

"Not only the speaking aspect of debate (benefits me), but the argumentation, using evidence, learning to read and interpret things in certain ways, and thinking critically," Thomas said. "It's about asking questions and thinking of what my opponent will say and how I will respond. This will help me get outside the box when I'm preparing cases."