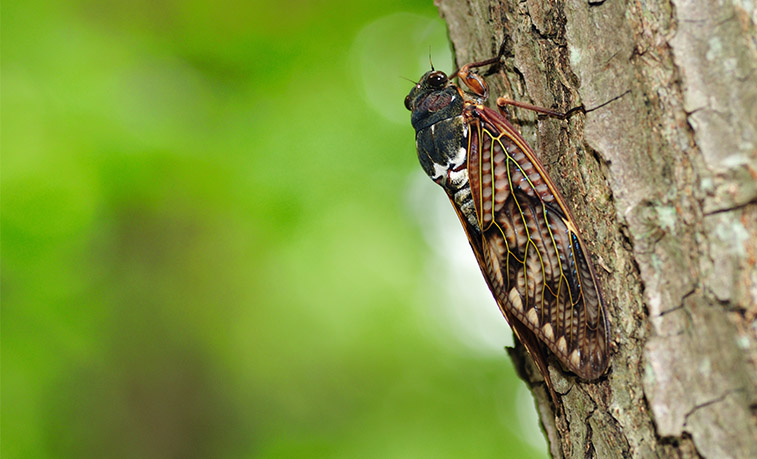 Cicadas will be returning to Slippery Rock University and the surrounding region this summer for the first time in 17 years.

SLIPPERY ROCK, Pa. — "Pomp and Circumstance" won't be the only song heard at Slippery Rock University next month. But unlike the commencement ceremony march that is played annually, this one, by a particular species of insects, will be heard for the first time in 17 years.

Cicadas, the black oval-shaped insects known for their red eyes, veiny-orange wings and, yes, that loud, chirping mating call, are expected to emerge from the ground in mid-May once the temperature of the soil reaches about 64 degrees. Cicadas come to surface at the end of their life cycle, shed their juvenile exoskeleton and begin their brief time above ground as adults when they breed, the females lay eggs and then die.

"You might see them a week or two earlier or later depending how the season goes," said Jack Layne, SRU professor of biology, whose research background is in the physiological ecology of insects and amphibians. "We could still get some cold snaps and it can be tough to predict when they will emerge. It hinges on the weather for the next few weeks. The bulk of the activity will be a short window during the summer." 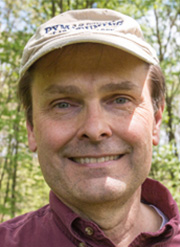 Once cicadas emerge, they will be active for about three to four weeks. The noise may be new to SRU students, most of whom were not old enough to remember the last emergence nearly two decades ago. There are 15 different broods of cicadas in the United States including five within parts of Pennsylvania's borders. Broods emerge at different 13- or 17-year intervals. Slippery Rock is in Brood VIII, which covers 10 counties in western Pennsylvania and parts of Ohio and the northern panhandle of West Virginia. Another nearby brood in southwestern Pennsylvania emerged in 2016.

Layne said the reason cicadas only come around once every 17 years is because of an ecological phenomenon called predator satiation, and when plants take advantage of this adaptation it is known as masting.

"It's what you see with trees when they put out tremendous amounts of seeds all at once," Layne said. "(The swarms of cicadas) overwhelm predators. If this would happen year after year, predators would be able to pick them off. A lot of cicadas get consumed but it's a smaller proportion based on the massive numbers that come out all at once. Predators will get satiated and they won't keep feeding. It's the strength in numbers and you see it in other animals like in schooling behavior as predators can't catch everything in a school."

Although millions of cicadas can swarm in a small area, they are not harmful to crops, trees or the environment at large. In fact, there are actually benefits to their arrival, according to Layne.

"There's a spike in the ecological activity during a cicada emergence," Layne said. "When the cicadas start dying, they provide a food source for a lot of different organisms, especially in the smaller ponds and lakes by providing a large nutrient input."

Besides homeowners having to occasionally sweep their carcasses off a sidewalk or driveway, cicadas only provide one major nuisance to humans: noise.

"That is one of the downsides," Layne said with a wry smile. "People find it annoying. (Cicadas) can call for long periods of times. If you're trying to get an afternoon nap, it can be a bit of a challenge."