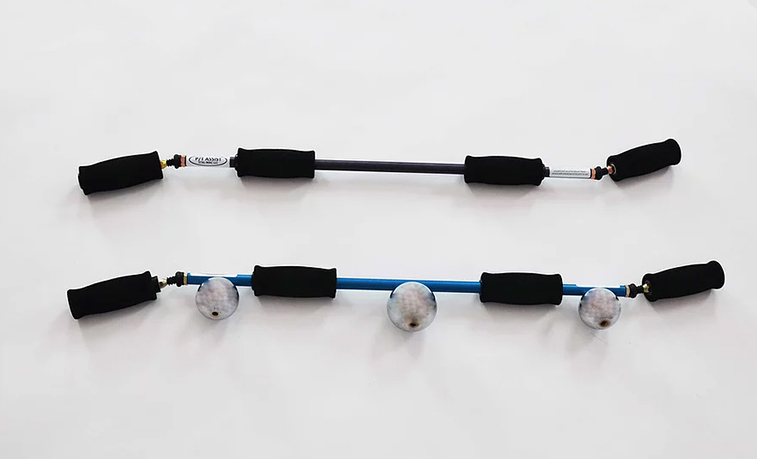 Susan Kushner, associate professor of physical therapy, is one of two people with ties to Slippery Rock University who have given a “thumbs up” to P/T Assist, a line of physical therapy apparatuses used for rehab, stretching and strengthening.

SLIPPERY ROCK, Pa. — When names such as Thomas Edison or Nikola Tesla come to mind, they are often thought of being tucked away in a lab toiling away alone for hours to give their ideas life. Truth be told, collaboration with others was key to each man's successes. So when the inventors of a new physical therapy device wondered how best to launch their product, rather than struggle alone, they enlisted the expertise of two people with ties to Slippery Rock University.

Flash back to 2015 when Donald Stalnaker was rehabbing from rotator cuff surgery at the UPMC Centers for Rehab Services in Uniontown. As part of his therapy, Stalnaker was given a cane to conduct his stretching exercises. By grasping one end and using his off hand to guide the cane outward he was able to increase his range of motion. But it was the use of the primitive tool, which is found in nearly all PT clinics, that left him questioning his therapist, Jim Burns, a 1994 master's graduate of SRU's School of Physical Therapy. 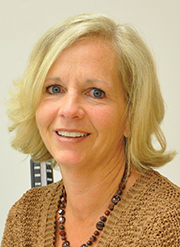 "Some of the devices we were using seemed to bother other parts of the body, like the wrist and the other shoulder, so I said, 'Jim, this doesn't make a lot of sense,'" said Stalnaker, a hairdresser who owns his own studio in Uniontown. "If he had something with a ball joint, it would simulate a joint itself and it would be a lot easier (to use)."

Not being one who seeks the easy way out, Stalnaker was progressing faster than other patients at the clinic because he was putting in extra time at home. And, while he exercised, he kept tinkering with the idea of creating a PT tool that would be better than the standard cane. He enlisted the help of his friend, Steve McIntyre, an engineer, to forge the prototype for a stainless steel device with a swiveling ball joint. The duo shared their invention with Burns.

"I absolutely loved it," Burns said. "It's ergonomically correct for shoulder rehab and it really does put the wrist and elbow in a much better position than a traditional device. I find it beneficial because the patient can be much more comfortable using it."

After several more tweaks, including using aluminum instead of stainless steel, Stalnaker and McIntyre eventually came up with an entire line of stretching and strengthening apparatuses with swiveling joints and weighted balls that they call the "P/T Assist." They applied for a patent in June 2015 and were awarded 20 patents claims.

"Before moving forward, we needed recognition from physical therapy professionals and a Ph.D. who felt like it was worthwhile to develop further," said Stalnaker, who shared the pair's idea with one of his customers who in turn pointed them in the direction of Sue Kushner, SRU associate professor of physical therapy.

When Stalnaker shared the lead with Burns, he discovered Burns was a former student of Kushner's. That relationship would lead to the endorsement of the device by both Rock-related individuals. In fact, their involvement would eventually lead to even more uses for the apparatus than shoulder exercises, including those for arms and wrists.

"Sue found it worked for more people than we actually thought," Stalnaker said. "I met with her and that's how it evolved into what it is. The support of Jim and Sue made this entire project come together."

"I really believe in this and hope these guys can get a break," Kushner said. "The nice thing about the P/T Assist is that it has articulations for the wrist and shoulder for normal range of motion. This can be a tremendous improvement on the traditional, makeshift methods in a clinical setting. Often just the standard cane or PVC piping is utilized with ankle or wrist weights in a very haphazard and often unsafe manner."

Kushner, who was not compensated for her work, provided a testimonial for the product's website, while Burns helped Stalnaker get in the door of UPMC network clinics to introduce the device. There are more than a dozen UPMC clinics now using P/T Assist.

"I have four in my clinic right now and we use them every day," Burns said. "The more clinicians use it, the more they like it and their patients will too."

SRU is not the only school that has endorsed and used P/T Assist. Stalnaker pitched the product to Jack Marucci, a fellow Uniontown native who is the director of athletic training at Louisiana State University. LSU's baseball team, one of the more elite Division I programs in country, uses the device to strengthen its players' arms and prevent injuries.

Stalnaker admits that they are still "building traction" for widespread use of the device and that many clinicians prefer the cheaper devices they are accustomed to using. However, he is confident in the investments that he and McIntyre have made thus far, which exceeds $20,000 in the patent process alone.

"If you're able to use a device like this to make people better and not risk injuring other parts of their body at the same time, it's a tremendous advantage," Stalnaker said.

For more information about the P/T Assist, including a video that shows Kushner's demonstration of the device, click here.