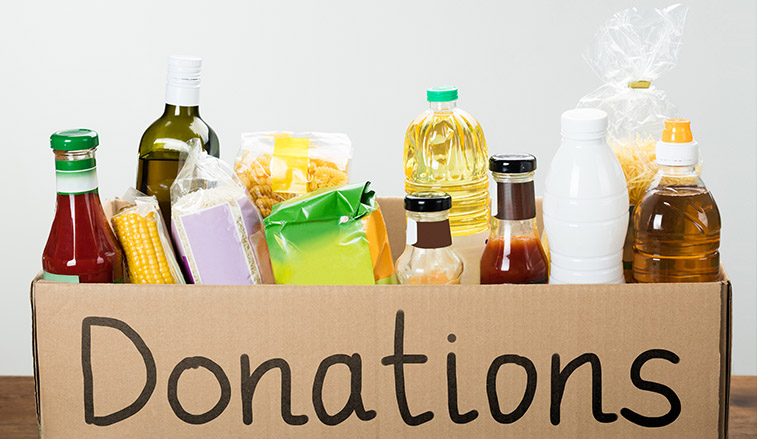 Slippery Rock Student Government Association has established the SGA Food Pantry to benefit Slippery Rock University students who are in need of food. Six donation bins will be used to collect donations for the pantry that will open at the Macoskey Center for Sustainability Systems Education and Research this fall.

SLIPPERY ROCK, Pa. - Dining halls and delivery pizza are part of the college experience as much as lecture halls and textbooks, but for some Slippery Rock University students, access to food might not be as easy as it is for most of their classmates.

According to a recent Slippery Rock Student Government Association survey, nearly 40 percent of SRU students have experienced either not knowing when they will have access to food or are aware of fellow students who have been insecure about accessing food. In response, the SGA has established the SGA Food Pantry. 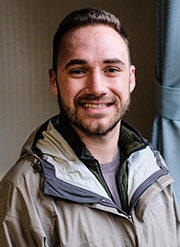 "What we got back (from the survey) was surprising," said Scott Vogelgesang, a senior communication major from South Lake Tahoe, California, and SGA vice president of student and academic affairs. "There are students on campus who don't know when they are going to get access to food."

Like many college students, Vogelgesang admits that his cupboard is getting empty, but only because he forgot or was too busy to go grocery shopping.

"I can always buy food," Vogelgesang said. "But there are some students who use that money to pay for rent, or tuition or books and they might not always have cash."

Most students don't qualify for assistance from community food banks because student loans are often counted as income despite that money being committed for tuition.

To create the food pantry, SGA is collecting nonperishable food items now through May 5 in six donation bins: three in the Smith Student Center and one each in Boozel Dining Hall, the Aebersold Student Recreation Center and Bailey Library. Beginning fall 2018, the SGA Food Pantry will be accessible at the Macoskey Center for Sustainability Systems Education and Research. Vogelgesang said the Macoskey Center was selected by SGA's Student Affairs Committee because it is a lower-traffic area and thus might eliminate possible stress and embarrassment that students who need to visit the pantry may feel.

The need for food pantries at colleges and universities across the country is prevalent. The National Student Campaign Against Hunger and Homelessness reported 48 percent of college students are food insecure.

David Wilmes, SRU associate provost for student success, recommended that SGA include questions related to food insecurity and the need for a food pantry last fall when the SGA administered its Student Affairs Survey. Nearly 650 SRU undergraduate and graduate students answered questions about food insecurity as part of the survey.

"Though it's not as scary as it is on some campuses, even one student who is food insecure or hungry is too much," said Wilmes, who said that Karla Fonner, SRU director of student support, speaks to about 20-30 SRU students per year who are food insecure or hungry and not eating three meals per day. "And those are just the people who make it to her office, so I suspected there may be more out there."

SGA also found that lack of food inhibits college students' ability to perform, with 12 percent attributing lack of food to lower grades and 28 percent to anxiety.

"We took that and we wanted to run with it this spring," Vogelgesang said. "(Food insecurity) is affecting their performance in the classroom, and it's our job, as representatives of the students, to make sure every student has an equal opportunity to succeed."

While many colleges and universities have started student food pantries, the SGA pantry will be unique in that students will have access to fresh eggs and vegetables produced at the Macoskey Center, while center staff will be available to teach students self-sufficiency techniques, such as growing their own lettuce, which can be done even in an apartment.

"This allows us to pair the pantry with sustainability efforts," Wilmes said. "So not only are we helping students with their short-term food needs but educating them on how to improve their self-sufficiency for the long term."

In addition to the collection bins around campus, SGA contributed more than 300 of an estimated 1,000 nonperishable food products that were collected by SRU Greek organizations during the annual Greek Week. The remaining items were donated to Feed My Sheep, a community food bank in Slippery Rock.

Hours of operation for the SGA Food Pantry will be determined in the fall.

For more information about the SGA Food Pantry, contact the SGA office at 724.738.2656 or email Vogelgesang at srv1002@sru.edu.