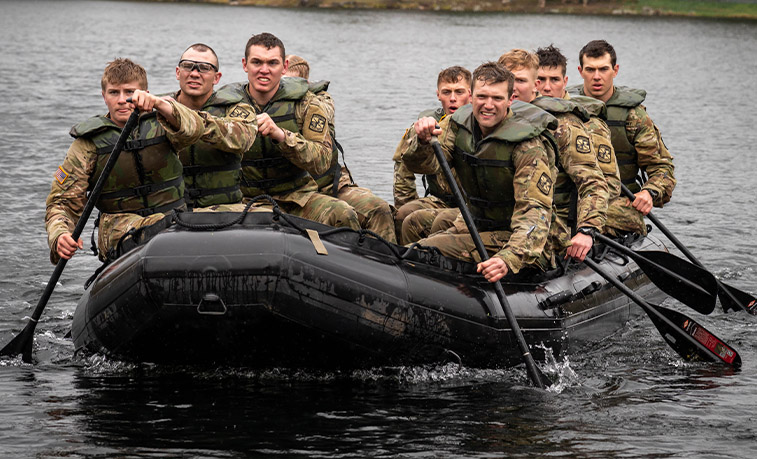 SLIPPERY ROCK, Pa. — "Physically, it was the most demanding thing I've ever done in my life," said Austin Reep, a Slippery Rock University senior philosophy major from Butler. That's saying a lot coming from the cadet battalion commander of SRU's U.S. Army ROTC program, a group that wakes up every day up at dawn for intense personal training sessions.

Reep and 11 other cadets from SRU and Clarion University were part of a Ranger Challenge team that, for the first time in program history, qualified for the Sandhurst Military Skills Competition at the U.S. Military Academy in West Point, New York. SRU's battalion was one of only 16 ROTC programs in the country to compete in Sandhurst, April 16-17, joining 25 USMA teams and three U.S. service academies who took part in a rigorous 36-hour course "to test warrior spirit, team cohesion and dedication to mission accomplishment."

"I benefited more from Sandhurst than anything else I've done with ROTC," said Jonathan Durban, a senior safety management major from Prospect, who served as squad leader. "I've got the experience now of pushing myself further than I've ever done before. I had the unique perspective as squad leader of still having to be that person in charge, and not just thinking of myself and how badly I has hurting; I was mainly thinking about my team members."

The Sandhurst course includes several skill events, including a simulated resupply mission using a Zodiac inflatable boat, shooting M9 pistols and M4 carbines, and a three-hour obstacle course called the Crucible Challenge, where each team had 15 minutes to complete obstacles that included a low crawl under barbed wire and carrying a simulated casualty. The obstacles were designed to test mental resilience, agility, small-unit cohesion and the ability to plan and execute during fast-paced mobility.

The most demanding tasks were the ruck marches, as cadets covered terrain around West Point with more than 35 pounds of gear on their backs for eight straight miles. 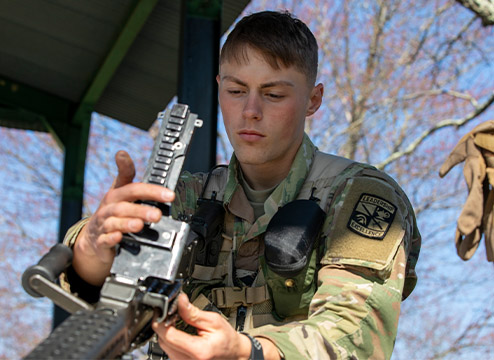 "This pushed my threshold of what I thought I was capable of," Reep said. "It's obviously a team event, so whenever you feel like you couldn't carry that ruck anymore, you would also see your teammates struggling and somehow (find the strength to) help each through. That's when you really rely on your teammates, so it was a good bonding experience and a great opportunity to get training that we would not otherwise have."

SRU's battalion placed 26th overall, which was impressive for a group that until this year had never advanced to Sandhurst. Teams are awarded points based on accuracy and time to complete each event. To qualify, teams competed at regional brigade Ranger Challenges and SRU placed second at an event earlier this year at the Joint Base McGuire-Dix-Lakehurst in New Jersey. In recent years, SRU placed as high as third, but this year they advanced by beating 40 other teams from much larger schools, including the University of Pittsburgh, Syracuse University and the University of Connecticut.

"For a small school like SRU to be represented on a national stage is an incredible accomplishment," said Capt. Adam Readout, assistant professor of military science, who served as the team's coach for the last three years. "We are proud of our cadets and the work they have put in to compete at this high level. Reaching Sandhurst was quite a step for our program and a reflection of the type of cadets who come to SRU to prepare to be Army officers.

"These cadets have shown extreme dedication and commitment to their team and to the program. For months they would train six days a week in preparation for the competition, giving up much of their weekend time to hone their technical skills."

"Anytime you go to West Point and there are all these well-known academies and school represented there, and they ask you, 'What is Slippery Rock?,' that really resonates that we're an unknown on the national scene," Reep said. "It was cool to have the opportunity to say our name and get recognized at West Point. It was a pretty big deal for us."

More information about SRU's Army ROTC program is available on the SRU website. 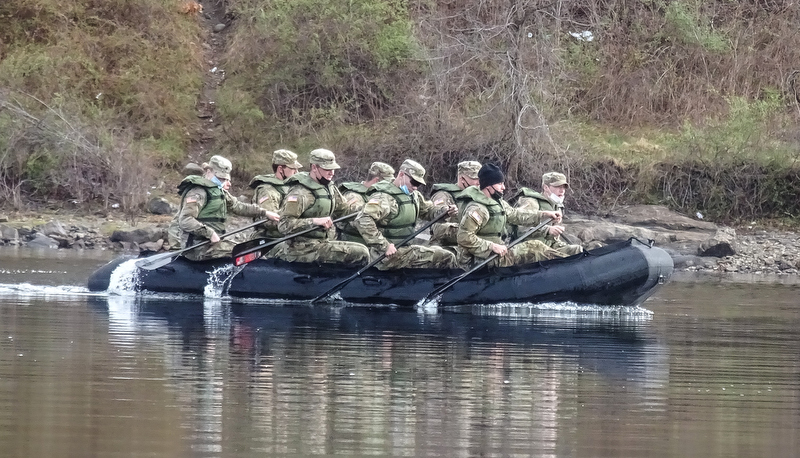 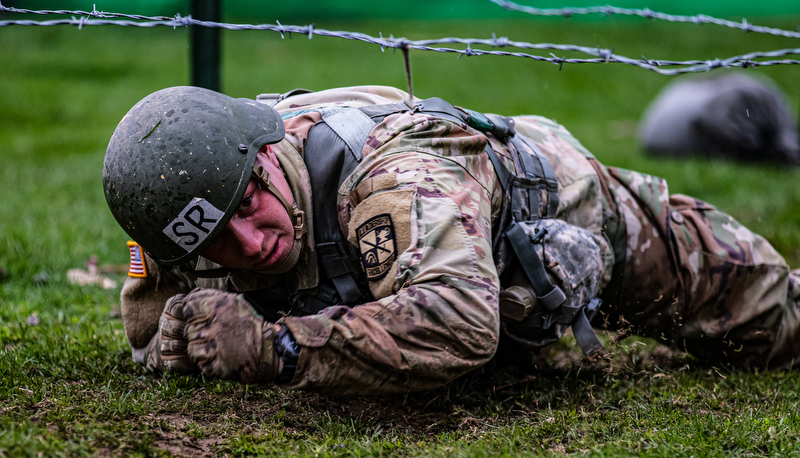 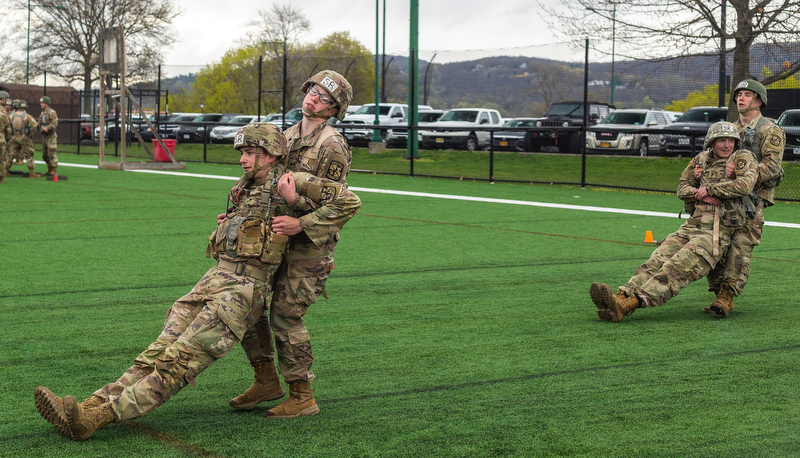 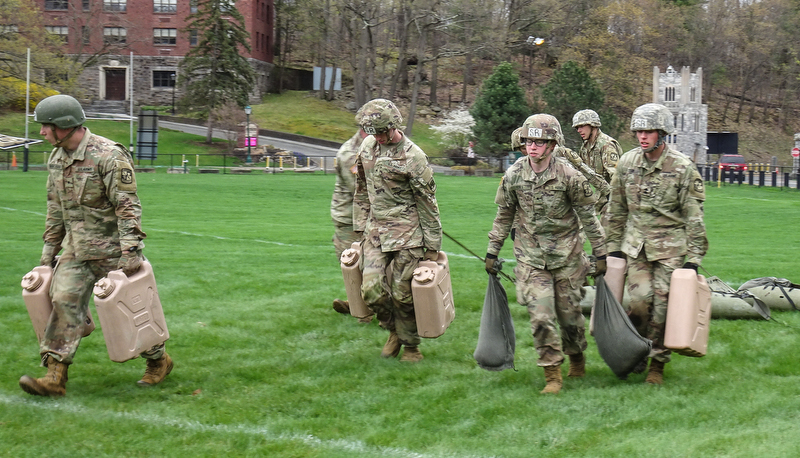 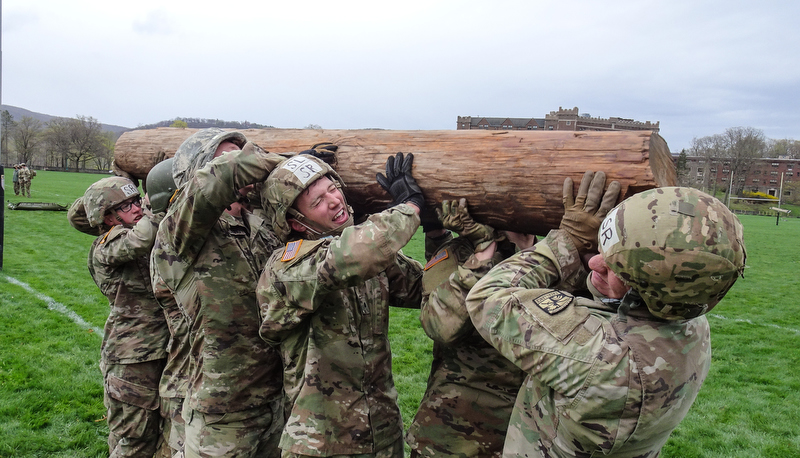 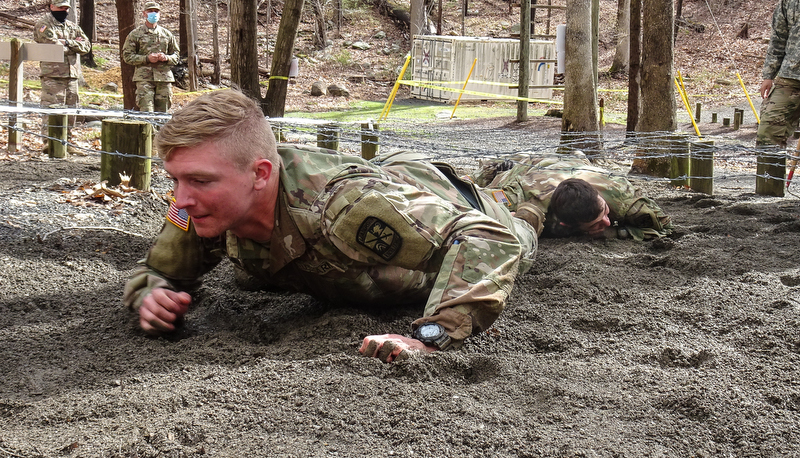