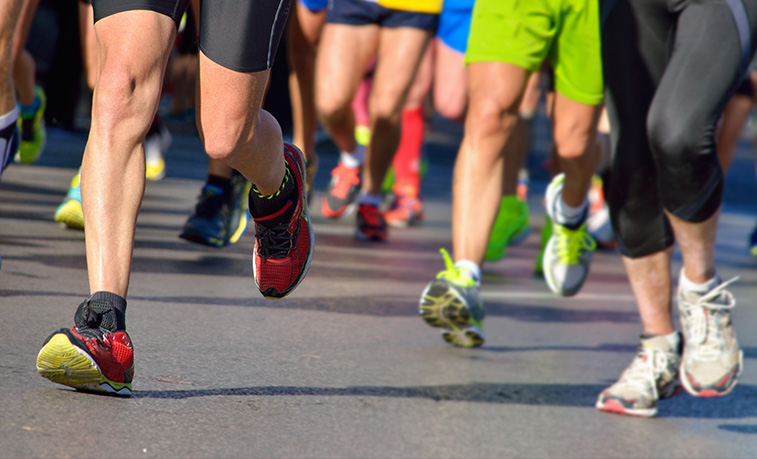 A faculty-student research team in the SRU Exercise Science and Rehabilitative Sciences Department is conducting a study of the latest carbon-plated running shoes to see how well they’re helping runners maximize their performance.

SLIPPERY ROCK, Pa. — As companies like Nike and New Balance race to bring the best running shoe to market, athletes must keep pace with the variety of options available to them. Luckily, researchers at Slippery Rock University are taking steps to measure the benefits of the new footwear in an effort to share findings that shoe companies rarely share with the public.

A faculty-student research team in the SRU Exercise Science and Rehabilitative Sciences Department is conducting a study of the latest carbon-plated running shoes to see how well they're helping runners hit their strides.

"Carbon-plated shoes have really taken off in the last few years," said Ben Gordon, assistant professor of exercise and rehabilitative sciences. "Since Nike developed a prototype and cosponsored a study that found a 4% increase in performance, there's been more interest in what the carbon plate and new cushioning compounds can do." 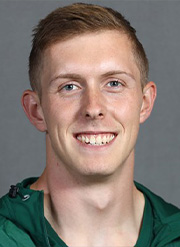 Led by Gordon and student co-investigator Kyle Edgar, a senior exercise science major from Mechanicsburg, the SRU research team will test the Skechers Speed Elite Hyper, a newer shoe that became available to the public in late February. They will be comparing the new shoe to the already commercially available Razor 3 Hyper, a non-carbon-plated running shoe also made by Skechers, to see how much runners could benefit from the new technology.

"This is a brand-new area of inquiry for SRU," Gordon said. "We want to examine the physiological differences and the benefits that can be obtained by runners who use a shoe with a newly developed cushioning compound that has a carbon fiber plate versus one that doesn't."

Shoe manufacturers embed carbon fiber plates in the midsole foam of running shoes to improve the responsiveness and energy return that launch runners forward with each foot strike in what Gordon calls a "lever effect." Reebok released its first carbon-plated shoe in the 1990s, but the forefoot was too stiff for most runners and interest faded. In the last decade, however, manufacturers like Nike, with its Vaporfly 4% and now Vaporfly Next% shoes, have improved on the technology with lightweight, hyper-responsive foam compounds that sandwich the carbon plates.

"The carbon fiber plate acts as a lever to roll the athlete's foot forward and contributes to performance by getting them to roll through the gait cycle more efficiently," Gordon said. "When you combine a soft responsive cushion and a carbon-fiber plate for stability that doesn't compress as much, those things together maximize energy return and have been shown to reduce metabolic cost."

In addition to being the latest shoe to hit the market, the Skechers carbon-plated shoe was selected by SRU researchers because, at $185 retail, it is a more affordable option for runners than the Nike Vaporfly Next% that retails for $250. Also, in line with several recent investigations into carbon-plated technology at other universities, the SRU study will focus on athletes' running economy, rather than maximal oxygen intake, or VO2 max, that the majority of aerobic performance studies have examined.

When on-campus classes resume at SRU following the hiatus for the coronavirus pandemic, SRU researchers will conduct a series of tests on distance runners using a treadmill and other specialized equipment in the exercise science lab. They will test runners' cardiovascular, metabolic, respiratory and muscular systems at sub-maximal intensities over five-minute intervals. 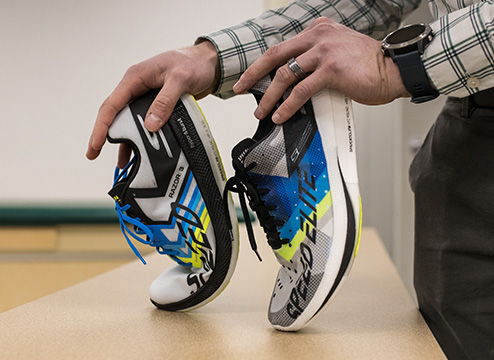 "Running economy is an interplay between all those systems," Gordon said. "We are looking at how much oxygen can be delivered and used by exercising muscles at sub-maximal running speeds. With VO2 max, it's the hardest someone could possibly work with the most oxygen they can consume. So, for comparison, running economy is like the fuel economy in a car. With running economy, it's a measure of how much fuel it takes to travel a certain distance. If I have a set amount of fuel and I'm going to go a certain speed, I can maintain that speed for a period of time to reach my goal and do it better than the person running next to me. Hopefully that translates into faster race times."

According to Gordon and leading exercise physiologists in the field, running economy is a better predictor of performance compared to VO2 max because, even if two runners have the exact same VO2 max, the runner with better economy can use less energy measured by less oxygen consumed as someone with poor economy at the same speed.

The study calls for as many as 24 test subjects from the SRU men's and women's track and field and cross-country teams to be tested during four visits. Researchers will conduct a baseline test on the first visit to meet an inclusion criterion for the study. Then they will be randomly assigned shoes with or without carbon plates for the second, third and fourth visits, during which they will run at intervals between 14 and 18 kilometers per hour, intensities that are common in their training. The fourth and final visit will be a follow-up to test runners in their normal running shoes, for VO2 max and other measurements.

"We want to address some of the gaps and inconsistencies in the literature by doing similar research but with a brand that no one else has investigated yet, at least that we know of," Gordon said. "We're hoping to be on the forefront of a brand and cushioning compound that is new. Our goal is to determine the effect of specialty footwear for performance and contribute to the expanding body of literature for legal ergogenic aids that people can commercially obtain and use for races that may be more cost effective and last longer."

Edgar, who is a member of the SRU track and field team, is conducting the study as part of his 480-hour internship for his major. Modifications were made to his requirement after the testing part of the study was delayed because of the coronavirus.

"We did all of the nitty-gritty stuff, like writing the grant proposal, preliminary research and coming up with the protocols," Edgar said. "We were right at that step when we were about to do the testing, which is the fun part working with the participants, so it's disappointing. But this is not the end of it. We didn't do all this work for nothing. The question is not if it's going to happen, it's when." 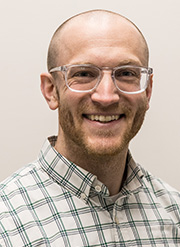 Other co-investigators on the study are SRU faculty members Brock Jensen and Jeremy Dicus, associate professors of exercise and rehabilitative science, and SRU students Jonathan Keyser, a senior dual major in exercise science and philosophy from Allison Park, and Chaise Stiteler, a senior exercise science major from Home.

"A lot of undergraduates don't get to do research in a lab like this," said Edgar, who was accepted into a master's degree program for exercise physiology at the University of North Carolina, Chapel Hill. "The experience is definitely valuable, not only to get into a master's degree program, but just for the scientific reading and comprehension across the board. This will help my critical thinking, understanding of the terminology and how projects are designed."

Edgar will start at UNC in the fall and he said he may still contribute to the SRU project but he won't be as involved with the testing as if he were on campus. He compared the situation to running a relay and having to hand the baton to complete the next leg of the race.

As a sprinter on the SRU track and field team, Edgar doesn't use carbon-plated shoes because they have more of a benefit for distance runners, but he has seen the Nike Vaporfly used in competitions.

"These (carbon-plated shoes) are going to take over and it'll be interesting to see if they become the new standard," Edgar said. "A lot of companies are trying to get everything out as fast as they can, while testing runners with the shoes to see if they can get the best advances. If we see something significant in our research, we can get the word out that there is another shoe that can compete with the Nike model."

Meanwhile, at the recent Olympic marathon trials, all of the top six runners for the men's and women's events used carbon-plated shoes from Nike, Saucony and Hoka.

"This is a continuing area of scientific and technological inquiry to develop these products," Gordon said. "All major brands are in the process of, or have already designed shoes, that they will be rolling out.

"The carbon fiber craze is alive and well."

For more information about the exercise science program at SRU, click here.