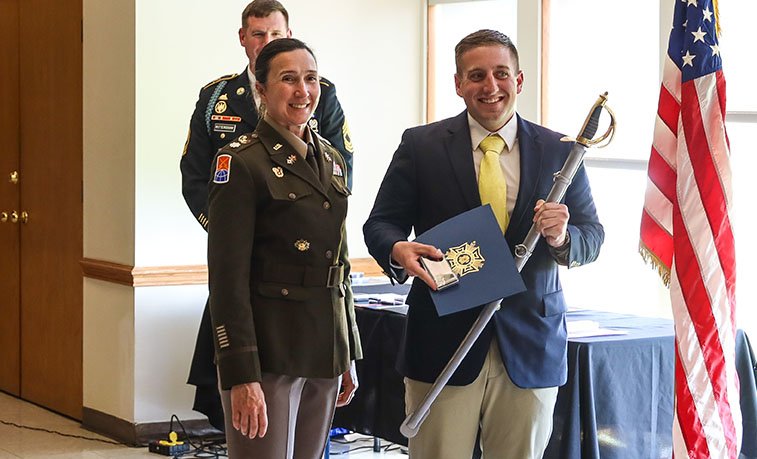 Jared Titley, a Slippery Rock University senior cadet from the U.S. Army ROTC program, was presented the Sgt. Lacey Christley Award at the program’s Spring Awards Ceremony, April 28, at the Slippery Rock Township Building. The award includes a saber given on behalf of the VFW Post 6231 commemorating the post's namesake.

"Our cadets have displayed outstanding leadership and achieved tremendous success in and out of the classroom during their time at SRU," said Lt. Col. Jennifer Martin, professor of military science and head of SRU's ROTC program. "This ceremony was a wonderful time to reflect on their achievements and we thank them for all they do to advance our ROTC program. We also appreciate our community partners for supporting our program and these awards, including those from the local VFW and American Legion, as well as Slippery Rock Township for hosting the event."

The following cadets were presented awards: