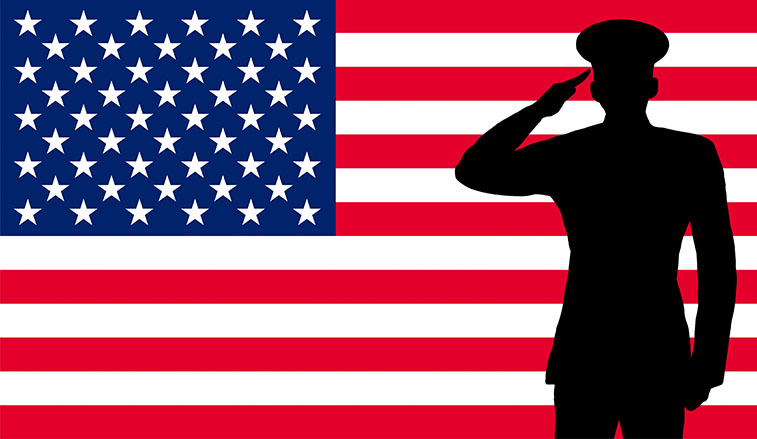 Eighteen cadets from the Slippery Rock University’s ROTC program will be sworn in as U.S. Army officers at a May 11 commissioning ceremony at the Smith Student Center Ballroom.

SLIPPERY ROCK, Pa. - When cadets from Slippery Rock University's Army ROTC program become commissioned officers, the ceremony is typically a family affair with parents often selected to pin the bars on their son or daughter's uniform to indicate the officers' new insignia of rank as second lieutenants.

This year's commissioning ceremony, 5 p.m., May 11 in the Smith Student Center Ballroom, takes that tradition a step further. The father of one of the 18 cadets will deliver the keynote address. 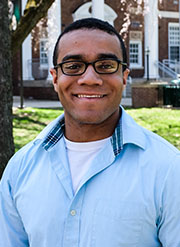 Retired Army Col. Michael Brobeck, a 1986 SRU graduate with a degree in business administration, will address the graduating cadets, including his daughter, Rachel Brobeck, a criminology and criminal justice major from Burke, Virginia.

"It's going to be significant to see the family torch being passed," said Rachel Brobeck, who will be commissioned at SRU just as her father was 32 years ago before launching his 34-year military career. "I know there's going to be a lot of emotions with my family. It's cool to see it come full circle."

The younger Brobeck had no intentions of entering the military and her father never mentioned it. It was only after she arrived at SRU for orientation that the thought crossed her mind. During that visit, she spoke to Bret Rogowitz, SRU instructor of interdisciplinary programs and ROTC cadre member, and the choice was made.

"I just wanted to try it because I didn't have a major or a career in mind," Brobeck said. "I was coming here to find my path and I happened upon ROTC."

Brobeck's parents, Michael and Lisa, who met as students at SRU, will conduct the pinning of the bars with Rachel's brother, Michael, and sister, Robyn. But only Dad gets to speak, offering words of advice to all the cadets about leadership, physical fitness and their roles as officers.

"Other people are like, 'Wow, that's so cool your dad is speaking,' and I was like, 'Yeah, but he's going to get up and say something embarrassing about me,'" Brobeck said with a laugh. "He's proud and joyful and I'm obviously thankful. It's going to be emotional because I know it's a huge thing for him."

Wearing the new officers' Army Service Uniform is also a huge thing for cadets like Kristofer Davis, a communication major from Moon Township.

"At first, I was indifferent about the commissioning ceremony; I was just like, 'Oh, another thing I have to do, another ceremony I have to attend,'" said Davis, who traveled to the service uniform outfitter, Marlow White in Woodbridge, Virginia, during spring break rather than simply sending in his measurements. "But when I got tailored for my uniform, that's when it finally started hitting me. When my uniform came in the mail two weeks ago I tried on my service cap, I almost started tearing up. It was like, 'Wow.'"

Davis' parents, James and Kewanee Clark, will pin on his bars.

"They've been so supportive of me; when I first told them I was going to join they didn't even question it," said Davis, who joined ROTC after his freshman year at SRU because he lacked and craved discipline and needed direction. "They let me make, and learn from, my own mistakes and my make my own good choices."

In addition to the pinning of the bars, each cadet will be read an oath and be sworn in as an officer by a commissioned officer or warrant officer of their choosing. Brobeck selected her father and Davis selected retired Maj. Melvin Carr, assistant professor of military science and an SRU ROTC cadre member.

Concluding the ceremony will be the first salute, a tradition between a non-commissioned officer who has influenced the newly commissioned officer. The NCO is called to post and salutes the new officer, who returns the gesture and also hands him or her a silver dollar through a handshake of appreciation. Brobeck selected Staff Sgt. Evan Pennington, whom she met during Cadet Troop Leader Training last summer in Fort Bragg, North Carolina, and Davis selected Sgt. Jason Vandegrift, instructor of military science and SRU ROTC cadre member.

Since its inception in 1984, the SRU Army ROTC program has commissioned 367 officers. The graduates take many different routes, some pursuing civilian work while serving as reservists and some, including 10 from this year's class, will enter active duty. For example, Brobeck will enter active duty following five months of Basic Officer Leaders Course in Fort Sill, Oklahoma, and three weeks of Airborne School in Fort Benning, Georgia, before joining her unit, the 1-319th Airborne Field Artillery Regiment in Fort Bragg. Davis, who will apply for jobs after graduation and continue to serve in the 300th Chemical Army Reserve through the summer, will attend the BOLC Financial Management Course in Fort Jackson, South Carolina, next January and report to a new Army Reserve unit.

"The commissioning marks one the biggest transitions in their lives," said Lt. Col. Joseph Richey, professor of military science and head of SRU's Army ROTC program. "They get a chance to what they've been studying and become leaders in the U.S. Army."

Cadets being commissioned May 11, and being recognized during SRU's May 12 commencement ceremonies, will be: