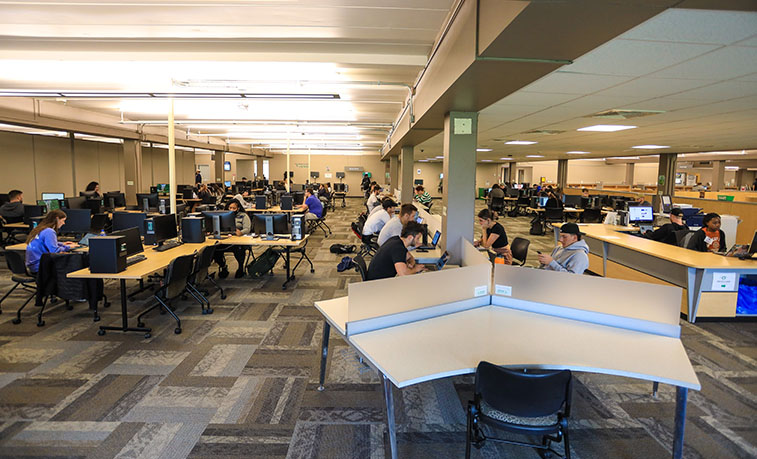 Two of Slippery Rock University’s Peer Academic Coaches were asked to identify the best places on campus to study.

SLIPPERY ROCK, Pa. — It's finals week at Slippery Rock University and students can be seen on campus studying for their exams at various locations. Among the 660 acres and more than 60 buildings, there are many nooks you can find to hit the books. But which are the best places on campus? Two of SRU's peer academic coaches, a group of students who work in the Center for Career and Academic Progress, have offered their recommendations of the top study spots at SRU.

"We see people just sitting randomly somewhere on campus, and it might not even be the designated study areas," said Roman Carnes, a junior communication studies major from Scottdale, who is one of six PACs. "It could be on the lawn outside of Old Main or North Hall, but it's important to know that it depends on what that individual feels works best for them. There are a lot of great places, but it comes down to personal preference."

That said, a student's residence hall room is not always ideal, despite having all their materials easily accessible and relative control of the environment. They could be distracted by their roommates or tempted by snacks or various digital devices. Also, a student might desire some type of ambient noise or visual diversions to spark creative thoughts, whereas others might need complete silence and seclusion to concentrate and perform analytical tasks. Carnes, for example, said he gets distracted when it's too quiet, and said that being outdoors can sometimes provide a rejuvenating effect on his mind.

Without further ado, the following is a list of the top 10 study places on SRU's campus based on input from Carnes and fellow PAC Kathryn Eberhart, a senior dual early childhood education and dance major from Archbald. More information about PACs and scheduling an appointment for their services is available on the SRU website. 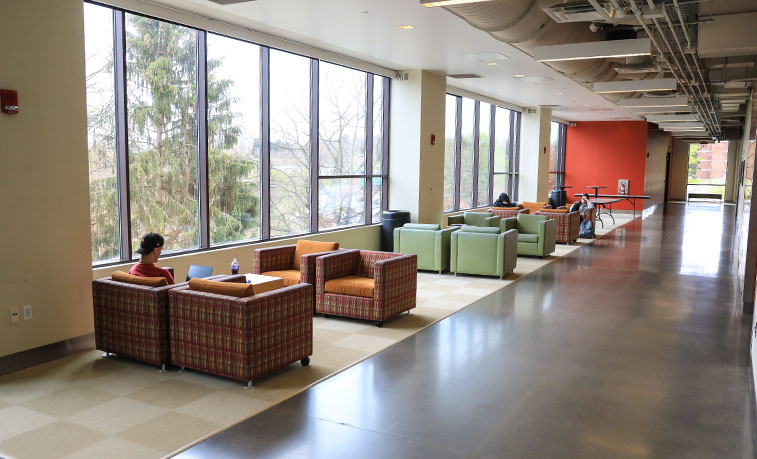 If you're looking for a quiet, comfortable space with a nice view of campus, go to the third floor of the Smith Student Center near the Ballroom entrance. There are plenty of couches perched near windows that overlook almost all SRU's lower campus. For further privacy, SSC Room 322 is reserved for any students who want to study during finals week, nightly from 7 p.m. to midnight. 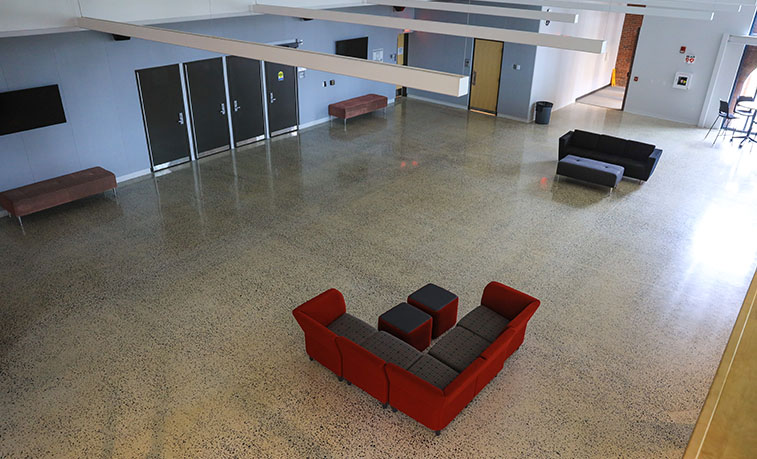 Explore SRU's most recently renovated space, the Performing Arts Center, which offers study spaces in the lobby of Miller Theater. As a dance major, Eberhart can attest to this open area, which offers tables, chairs and couches, as convenient place to study. 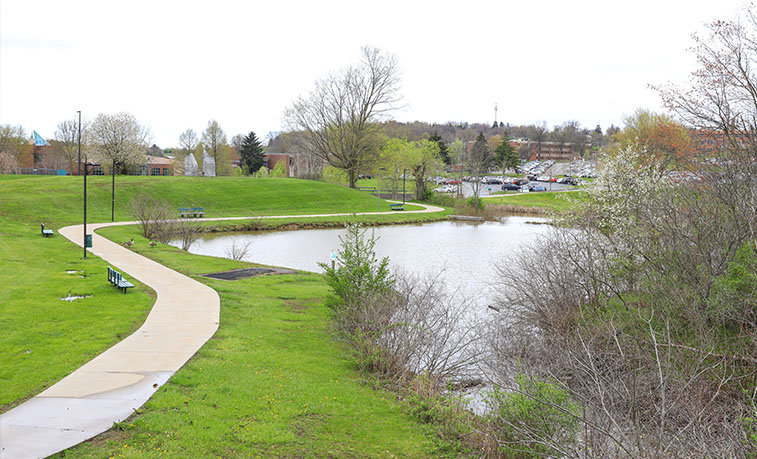 If you're feeling cooped up, go outside, get some fresh air and sit on one of the many benches that line the network of retention ponds along the lower campus. 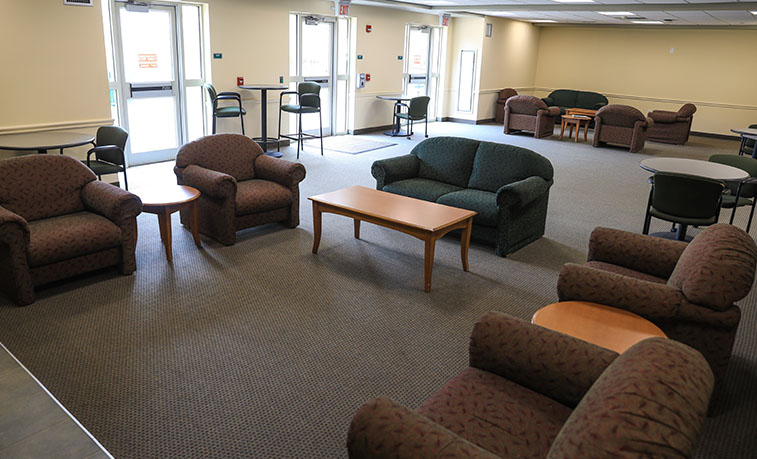 On-campus residents who need a quick getaway don't have to go too far. Each of SRU's residence halls have designated study rooms and common spaces where they can study if their roommates are too loud. 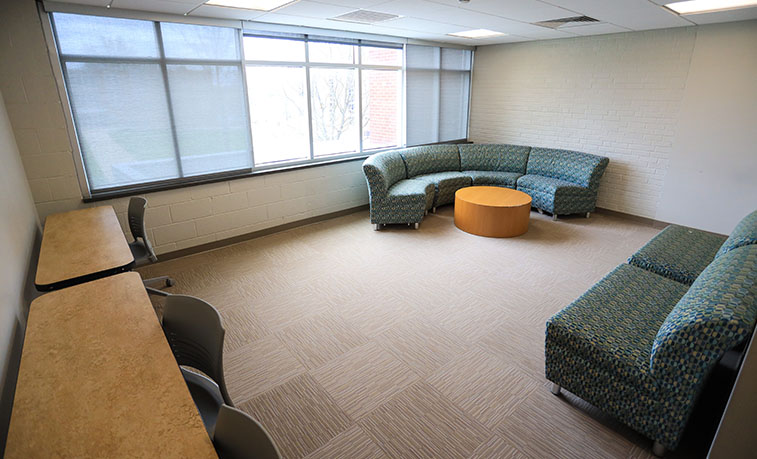 Like the residence halls, each of the academic buildings have designated student study rooms. There are too many to include on this list, but Carnes said his favorite is Room 213 in Spotts World Culture Building because of the "flow of the room" and windows facing The Quad. 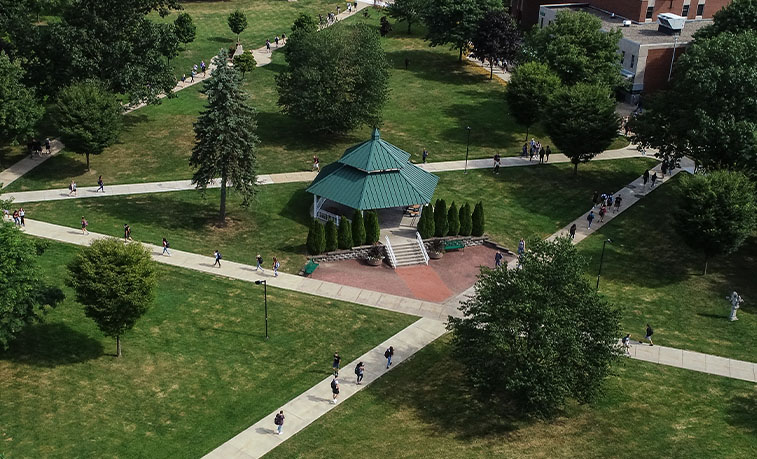 Speaking of The Quad, there's a large tent and the Student Government Association Gazebo available for those who don't might a little ambient noise and potential for social interaction which might be helpful, but also, as Eberhart notes, when you're outside, other people's voices and the slightest sounds aren't contained as much. 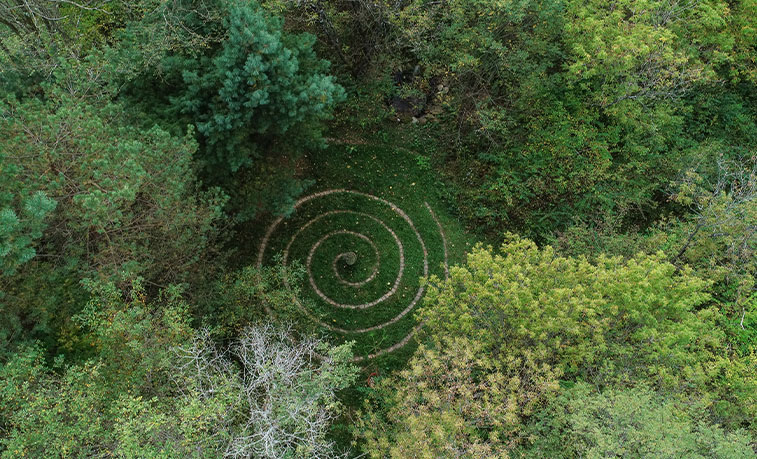 If you really want to quiet the mind and enter into a contemplative state, there are 83 acres and 2.5 miles of hiking trails at SRU's Macoskey Center. There's even an ecotherapy garden with spiral steppingstones modeled after a monastic design which were used for a study at SRU about the effects nature has on people's cognitive functions. 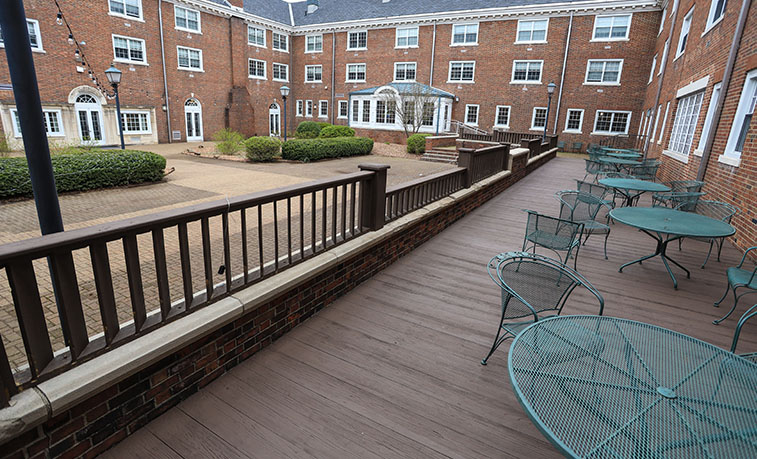 North Hall offers the best combination of the indoors and the outdoors where you can go easily from the Fireplace Lounge to the courtyard, both of which are seldom seen parts of campus if you're not a North Hall resident, but they are accessible to all students. 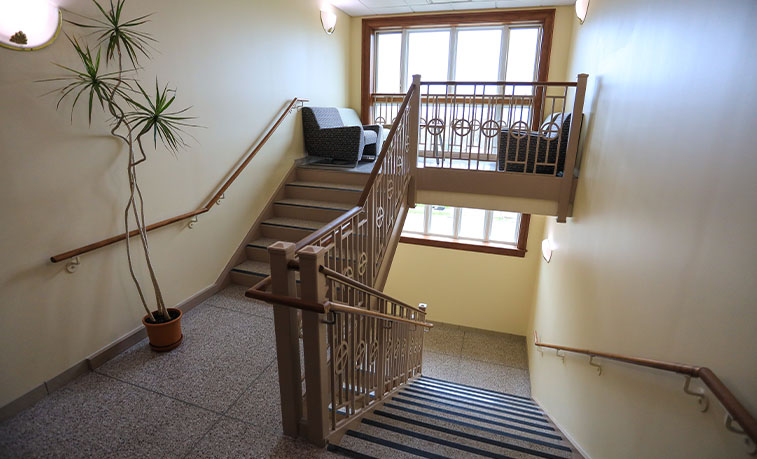 There are many other quaint places of refuge but none better than a personal favorite of Eberhart's: at the top of the stairwells on both sides of Carruth Rizza Hall where there are small cozy seating areas, including the west side that overlooks Main Street. It has the feel of sitting in the crow's nest of a ship. "I like to study there in between classes and rarely anyone goes over there and it's really quiet," Eberhart said. 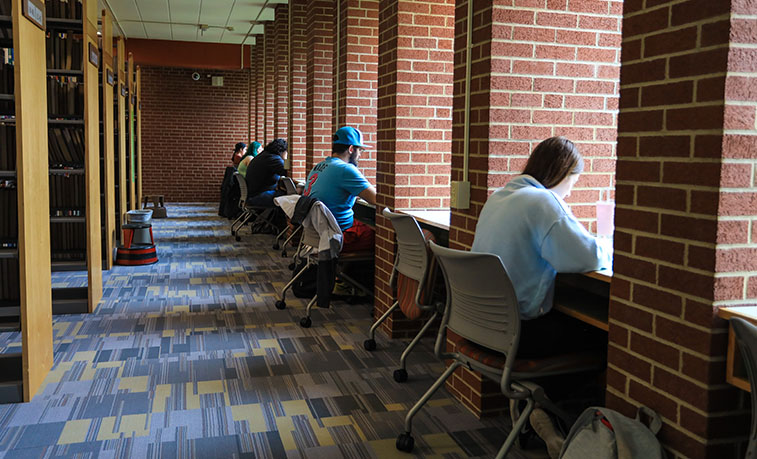 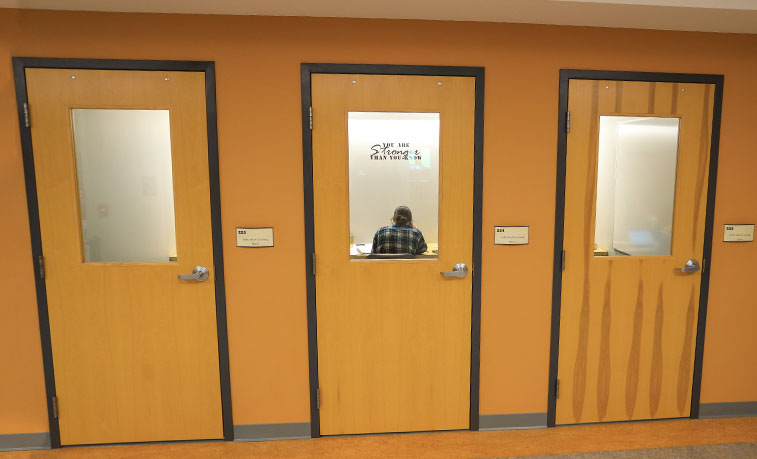 This might seem like an obvious No. 1 pick, and the library is an easy decision to fill your brain at almost all colleges and universities, but SRU's Bailey Library offers so many options that the PACs couldn't decide on just one location within its walls because it suits all preferences. There's the expansive first-floor common area where students can collaborate and benefit from some ambient sound; there's the third floor, which is a designated quiet floor where students can nestle in to one of the individual desks facing the column windows; and, finally, for those wanting private rooms with no windows, there are six individual learning spaces on the second floor available on a first-come, first-served basis.