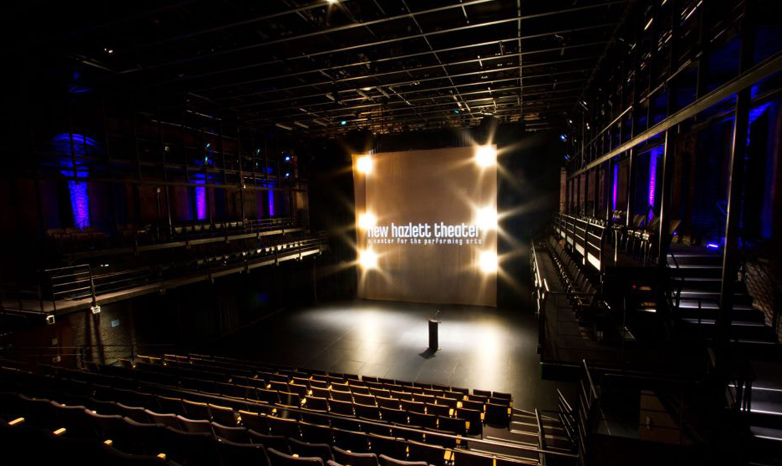 SLIPPERY ROCK, Pa. — For individuals on the autism spectrum, or with sensory or special needs sensitivities, attending a live theatre production can be daunting. Enter Vaughn Bicehouse, a Slippery Rock University assistant professor of special education, who is helping to spearhead the Prime Stage Theatre's sensory-friendly theater performance of William Shakespeare's "Twelfth Night" at 1 p.m., May 11 at the New Hazlett Theater in Pittsburgh.

The performance, part of the production's May 3-12 run, is the fourth consecutive collaboration between SRU's College of Education and Prime Stage.

Bicehouse was inspired to pursue the partnership with the theatre following his attendance at a presentation by Temple Grandin, a professor of animal science at Colorado State University and autism spokesperson. She is one of the first individuals on the autism spectrum to publicly share insights from her personal experience. She invented the "Hug Box," a deep-pressure device designed to calm hypersensitive persons. Grandin was the subject of the Emmy- and Golden Globe-winning semi-biographical film, "Temple Grandin."

During her presentation, Grandin said communities need to provide more opportunities for individuals on the autism spectrum to feel more included and welcome. That single remark inspired Bicehouse to contact Prime Stage and develop the sensory-friendly shows.

"Their director, Andy Kirtland, was really open to the idea," Bicehouse said. "He was willing and open to working with SRU and our students. It's been a really good experience for all parties involved."

"Being part of this has added valuable experience to my schooling," Belavic said. "I've learned how to take initiative, developed my leadership skills and learned how to reach a larger demographic beyond my immediate circle."

Belavic said one of his goals in helping spread the word about this year's production was reaching the widest audience possible. To that end he contacted school districts across western Pennsylvania in addition to spending time gathering supplies to better assist audience members with sensory manipulatives such as fidgets, weighted blankets and headphones.

Belavic also recruited a group of SRU students to work as ushers who received training on how to assist audience members that may need to leave or take a break from the show.

"The students involved have really stepped up," said Bicehouse. "They've gotten businesses to donate T-shirts and they've purchased snacks for intermission. They feel passionate enough about this project that they're (funding) this themselves. I'm proud of them for bringing what they learn in the classroom and applying it in the field."

"Sensory-friendly productions like 'Twelfth Night' are a good way to help kids relate to each other, whether they have sensitivities or not," Belavic said. "In the future, I want to get the word out there to other theater companies, schools, and even states, about the idea of sensory-friendly productions so more people can start relating to each other."