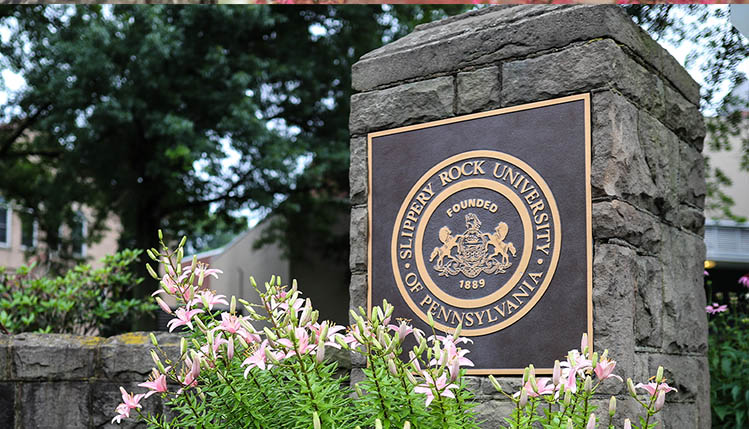 SLIPPERY ROCK, Pa. — The Slippery Rock University council of trustees said goodbye to one of their own today at their quarterly business meeting. The council bid farewell and commended Dylan Colcombe for his service on the council as a student trustee. Colcombe, a senior from North Huntingdon, will graduate this month with a bachelor's degree in health and physical education.

Gov. Tom Wolf appointed Colcombe to the SRU trustees June 5, 2019. Colcombe's selection was based on the recommendations of Daniel Greenstein, chancellor of Pennsylvania's State System of Higher Education, and SRU President William Behre, following a campuswide application and interview process.

"I really appreciate everything the council has done for me during my time with the trustees," said Colcombe. "It was a rewarding and educational experience that will serve me well moving forward."

Colcombe, a color guard and platoon leader with SRU's Army ROTC program, was a recipient of the ROTC's Advance Designee and SRU's Achievement Award scholarships. A member of SRU's track and field team, he was a six-time All-Region honoree in multi-event competitions and the pole vault. He competed in a total of 18 different track and field events during his four-year collegiate career, never placing lower than third in the decathlon at a Pennsylvania State Athletic Conference meet, and he was a PSAC scholar-athlete.

Through its standing committees, the trustees:

The council's next meeting is June 4-5.